Day 51: Who's the the brainiest of them all?

News
14 March 2017
The Housemates had to answer a series of really difficult questions for the alphabet soup challenge.
Subscribe to Watch

For today's Task, Biggie wanted to find out who the sharpest Housemates are. He instructed them to head to the Arena where they found several stands set up for them. Biggie explained the rules of the game informing them that he was going to read out a series of questions and once they had the answer they'd have to sprint to the pot of Alphabet Soup, pick out letters and then rush back to spell out their answer. 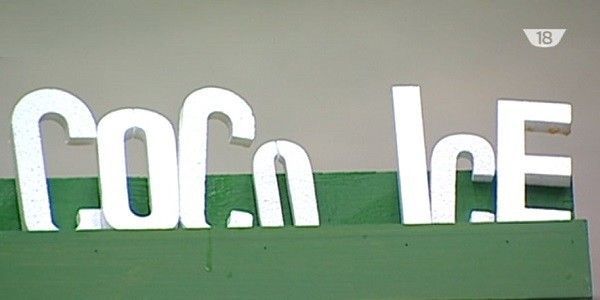 The questions tested the power of their memories ranging in severity from easy one's like "Who recently got married in the Big Brother House?" to more taxing one's like "Who was the fifth, celebrity guest in the House?". The Housemates had a fantastic time scurrying back and forth in search for the letters which were all bright, white making them hard to see. As such, the challenge proved to be more difficult than it seemed at first glance.

There were plenty of hilarious moments too with letters snapping in half and people trying desperately to spell out words in creative and dubious ways. Bisola also seemed to keep getting buzzed out as she rushed to get her answers in order. Marvis kept answering "Ebuka" and Biggie had to ask why he was on her mind which had everyone in stitches. "He's married Biggie! She protested" before he answered "Case closed!" followed by more resounding laughter.

Ultimately, Bally, ThinTallTony and Debie-Rise proved to have the sharpest memories and were declared the winnners. Biggie treated them to Pizza and Ice Cream which the rest of the House had to sit and watch them eat from the glass booth in the lounge.

We've rounded up all the best moments from the Task for your viewing pleasure below. Have a look and share your thoughts with us below.

News
Day 51: Who are you in the 'Shine Ya Eye' Kitchen – BBNaija
The geng have different level of skills when it comes to the Kitchen and it may just be similar to yours.
Video
Day 51: An impromptu dance performance – BBNaija
During a bit of down time, Whitemoney and Cross throw down a few... let's call them "dance moves". It feels good not to be Evicted!
Video
Day 51: Shoe Size Banter
Watch the Big Brother Naija Housemates have an entertaining conversation about how a male’s shoe size can be used to determine the length of his ‘member’.
Video
Day 51: Venita’s Thoughts On Save And Replace
In her conversation with Mike, Venita talks about Elozonam’s decision to use his Veto Power to Save her.