News
14 March 2017
A tiff over French toast escalated into one of the most explosive fights we've seen all season.
Subscribe to Watch

TBoss and Bisola had a nasty spat this morning after the former took a jab at the french toast the latter was preparing for everyone! The two of them seemed to decide to walk away from the situation though they were still, visually upset with each other. Things calmed down soon after and the Housemates sat around the kitchen table playing cards. However, Efe and Bassey felt that the two ladies had to make amends in keeping with the week's theme of charity and kindness. This turned out to be a huge mistake. 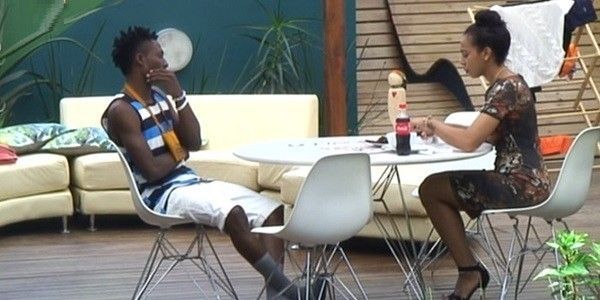 Efe got the reconciliation process started by trying to get TBoss to "speak with Bisola" as part of her act of kindness. She immediately refused and said she'd rather fail the Task! She also used the opportunity to level with Efe saying "I know you guys don’t like me & I don’t care anymore! It's fine, it's a competition. I'm not here to make friends!” 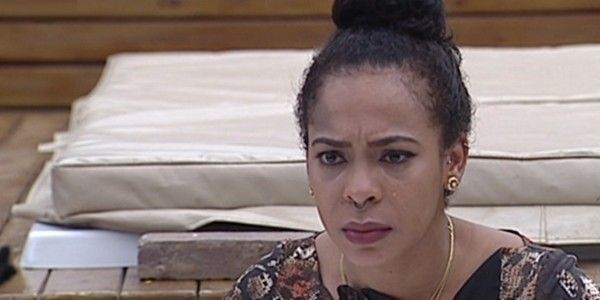 Efe was still trying to wrap his mind around what TBoss said when Bassey called for a meeting and tried to unite everyone by asking them to hold Mary (the totem) in their hand and share what they felt she represented. TBoss flat out refused to take part, passing the totem to the other Housemates instead. Noticing the obvious tension He then asked the two ladies to stand and iron out the issue. Everything went down hill from there. 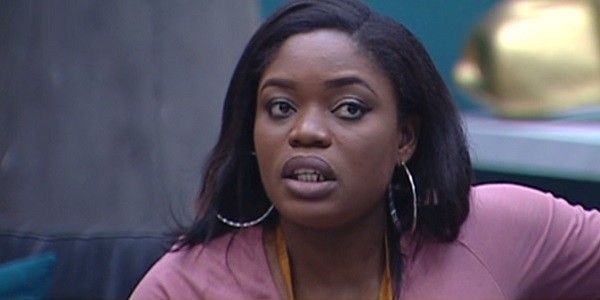 Bisola made it clear that she didn't like being micro-managed in the kitchen and was already in a foul mood after being asked to make french toast for the House. She said this is why she snapped when TBoss "mocked" the ingredients that she was using for the French toast. She also said she was tired of people always calling her "aggressive" and judging her for having a loud voice. 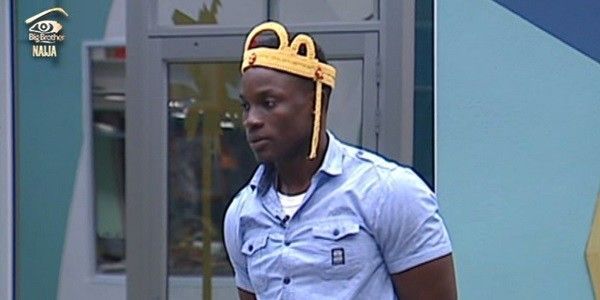 TBoss then weighed in on how she couldn't "ever", tolerate disrespect and was "sick and tired" of everyone taking advantage of her and being ungrateful when she cooked and cleaned for them every single day "like some slave girl!". Her sharp words got Bisola worked up and when Bassey and Efe started telling Bisola to remain quiet though it was her turn to speak she went over the edge! "Now I dey vex! Now I'm aggressive!" Efe and Bassey then tried calming her down which only made her more upset as she felt she was being policed and silenced.

The F-bombs started flying back and forth between the two ladies before Bassey ripped off his crown screaming "Do you not respect this crown? Take it if you don't!" Bisola stormed out of the room swinging at the air and screaming before heading outside to cool off while Debie-Rise tried to console TBoss to no avail. After she'd calm down she came back in to apologise to TBoss and Bassey for losing her cool. The two ladies then went out to the garden to share a drink and try hash things out though they admitted they were still furious. 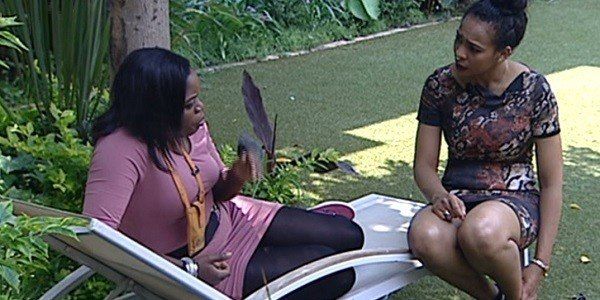 Have a look at the complete exchange below and let us know your thoughts.

Video
Vote for Best Supporting Actress in a Movie/TV Series – AMVCA 8
Bisola Aiyeola, Mercy Johnson, Clarion Chukwurah, Mumbi Maina, Enado Odigie, Omowunmi Dada and Chioma Chukwuka Akpotha are counting on your Votes for Best Supporting Actress in a Comedy Movie or TV Series. This Category is powered by Indomie.
Video
Vote for Best Actress in a Drama (Movie/TV Series) – AMVCA 8
Asabe Madaki, Osas Oghodaro, Meg Otanwa, Bisola Aiyeola, Nancy Isime, Kehinde Bankole, and Genoveva Umeh make up the Best Actress in a Drama Category powered by Supa Komando. Vote for your favourite now,
Video
Day 51: Shoe Size Banter
Watch the Big Brother Naija Housemates have an entertaining conversation about how a male’s shoe size can be used to determine the length of his ‘member’.
Video
Day 51: Venita’s Thoughts On Save And Replace
In her conversation with Mike, Venita talks about Elozonam’s decision to use his Veto Power to Save her.