As their Diary Sessions wound down, Biggie didn’t mince words as he gave out secrets Tasks to Marvis and Bisola in their respective Diary Room Sessions.

The Tasks Biggie gave them was very straight forward and direct. The Housemates would be called into the Arena for a recycling Task and their mission was to disrupt the Task in totality. Even though both of them had the same mission, they both were unaware of the other Housemate’s part in the secret Task. 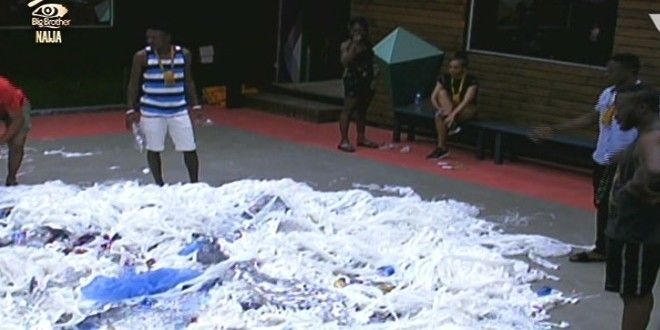 As soon as the Housemates were called into the Arena, Marvis went straight to sit on the sidelines while Bisola started complaining about her stomach. They both complained about how sorting through trash was an act beneath them and when they decided to help, all they did was try to cause commotion among the other Housemates.

Marvis seemed to have gotten under the skin of some of the housemates as they chased her around the Arena and started shoving some of the paper and plastic trash under her shirt. Bisola stuck to her story of complaining about an imaginary tummy ache, but this didn’t stop her from putting paper trash into the allotted bags for plastics and vice versa. 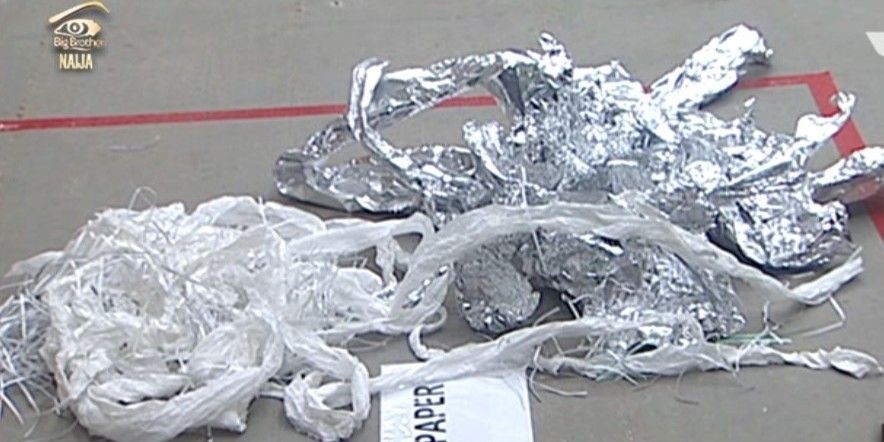 With the clock ticking away the minutes, Biggie called time to the recycling Task telling the Housemates that they didn’t finish the Task timeously, and with that, they were told to exit the Arena and head back into the House. 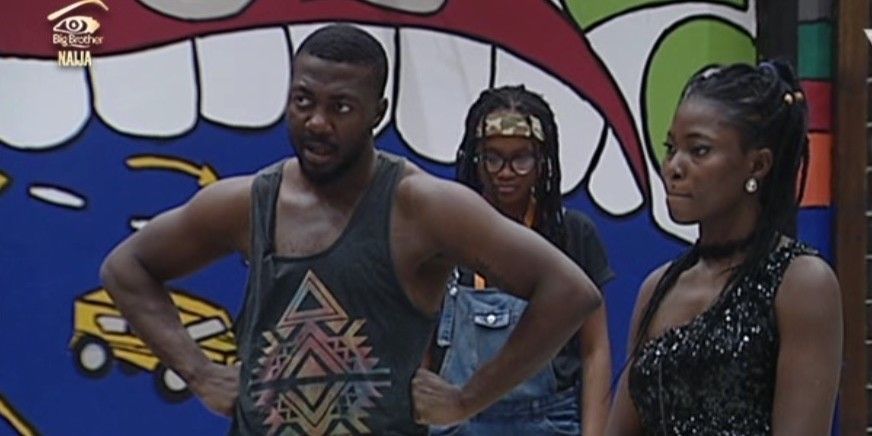 Do you think Marvis and Bisola handled their secret Tasks well enough? Could they have possibly done better? Then share your comments below.

Video
Day 29: Live Show: Kayvee’s Big Brother Shine Ya Eye journey–BBNaija
Kayvee came into the 'Shine Ya Eye' House full of energy and was a delight to the show and his fellow Housemates. Despite coming into the House two weeks after some of his colleagues, he put his all into tasks and presentations thereby making himself a big part of the lives of his fellow Housemates. Here’s Kayvee’s amazing journey in the House
News
Day 59: Nini's Secret Task – BBNaija
Biggie is about to rock the #BBNaija House with a disappearing act
Video
Day 41: A Revolution Plus Task
The Housemates were tasked with identifying properties in a Task that would Challenge their crossword skills.
Video
Day 51: Affection and a Task
The Housemates discuss music in the first part of the morning while Ozo makes an affectionate move during the Darling Task.