News
13 March 2017
In the interest of fairness and considering how high the stakes were Biggie's game was one of chance!
Subscribe to Watch

Biggie called the Housemates into the Lounge to fill them in on the details of the Task. They seemed a little taken aback, particularly Efe who was still faffing half naked. Biggie called him to order and told him to "get dressed immediately" which elicited a few giggles from his peers. Biggie then brought one of his Ninja's into the House carrying with him, a hat full of numbers. The Housemates had to draw numbers from the hat which would dictate the order in which they'd take turns completing. 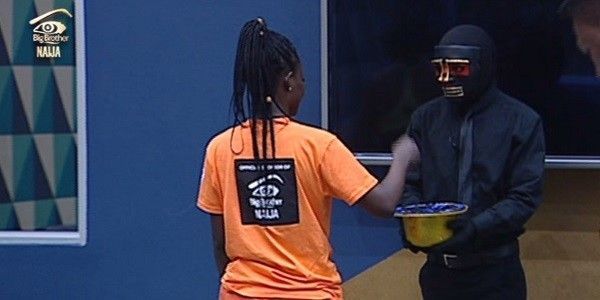 Biggie then asked them to head to the Arena where they found a large table with several cups placed upside down. Underneath each cup was a stone. A blue stone granted victory and the title of Head of House. A white stone meant immediate disqualification and a clear stone gave the Housemates another shot to continue in the game.

Right from the get go, TTT picked a white stone and lost his title as Head of House after a two week winning streak. The Ninjas then shuffled the cups around before the Housemates had another go and this time Bassey picked the lucky, blue stone becoming HoH for the first time ever!

He thanked everyone during his coronation and noted that holding the staff "felt really great"! He also joked that he was going to call for meetings VERY regularly just to get on everyone's nerves. What do you think of Bassey's winning streak lately? Let us know in the comments below.

Video
Day 9: Timing and speed at the HoH Game – BBNaija
Housemates gathered in the Arena yet again to go head-to-head for the title of Head of House. As the incumbent HoH, Eloswag was not allowed to play, along with the new Housemates, Deji and Modella. As their first Game, Housemates had to set the watches provided to them to 4pm. The top three contenders were Dotun, Hermes and Cyph, but only one reigned supreme.
Video
Day 9: A tale of two Houses – BBNaija
Level 2 Housemates were reeling after another Head of House Games loss while Level 1 Housemates deliberated on whom to Nominate for possible Eviction.
Video
Day 50: Trikytee wins Head of House
After a five way tie for first place had the Housemates playing a bonus round for to win the coveted Head of House, Trikytee came out tops to claim his first win. To partner with him as his Deputy he selected Laycon.
News
Day 50: Trikytee wins Head of House
After a five-way tie for first place, the Big Brother Housemates had a massive shoot out to decide who would become the eighth Head Of House for Big Brother Naija Lockdown.