News
18 August 2019
Another Saturday Night Party, another series of events to accompany it.
Get DStv PREMIUM

With the Dano Milk Challenge and the Saturday Night Party, it almost seemed like Joe’s birthday was going to go on without much fanfare, however, Big Brother came through for the birthday boy with a cake and some bottles of wine to make sure the party got popping. The Housemates must have been waiting for the cake cause no sooner had it arrived that Cindy alongside a few other Housemates started picking the toppings on the cake to the mild irritation of Venita.
The Head of House, Seyi stepped in and called for a get-together party for the celebrant in the garden.
Fast forward to the Garden, the Housemates excluding Tacha had one or two things to say about Joe and we were not spared the lengthy speeches from the Housemates. All in all, they all agreed that Joe had his bad side, but apart from that, he was a great guy. Anyways, happy birthday Joe, we love you. 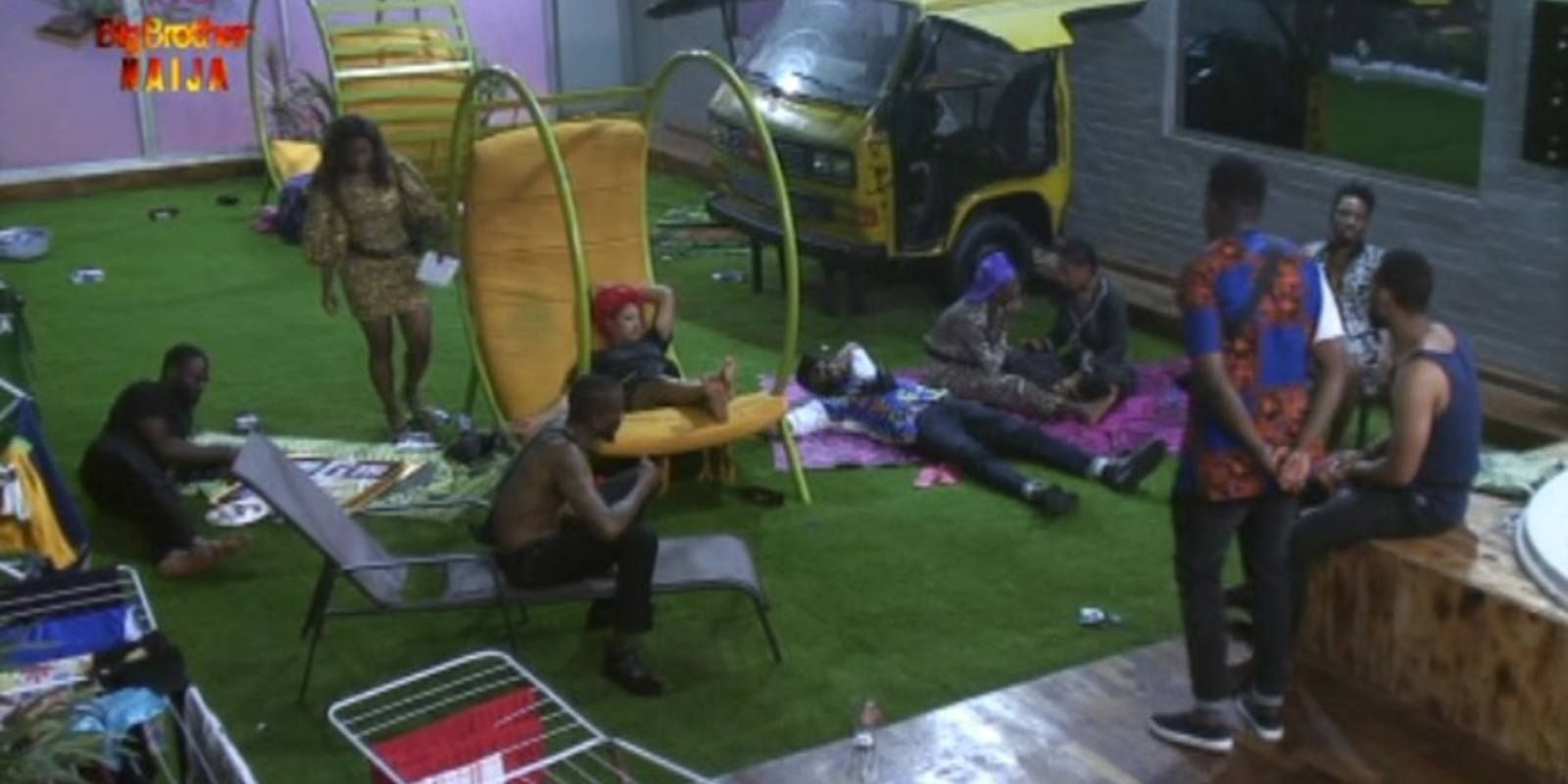 Frodd’s infatuation with Esther keeps getting stronger each day, but this time, it took a rather inappropriate turn.

It has always been 'touch and go' with this pair since we have known them but at the Saturday Night Party, we saw the two dancing closely just like last Saturday. After the Party, was another story as Frodd attempted to get cozy with Esther. That round was not successful as Esther left Frodd to go pitch her tent somewhere else. Later, Esther was seen massaging Frodd and we were left wondering what happened to warrant such VIP treatment from her. 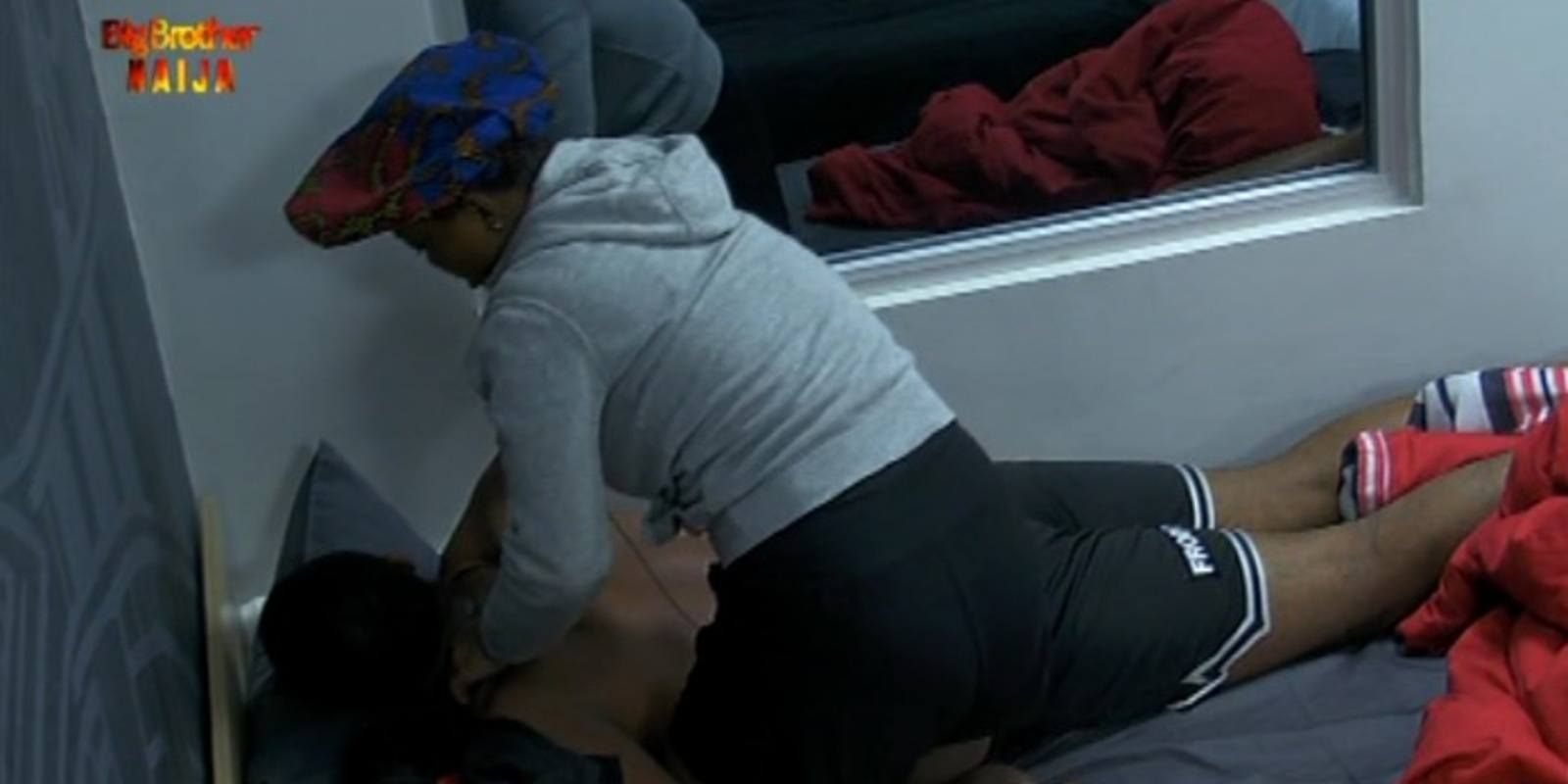 Well, we soon got our answer as Esther and Frodd entered into a mild argument about sleeping appropriately on her bed. According to the former, she will not entertain Frodd sleeping in the nude on her bed and to show she wasn’t making an empty threat, she dragged the duvet off Frodd and pushed him off her bed.

Big Brother, of course, sees everything and he called Frodd into the Diary Room. We don’t know what transpired in their session but as soon as Frodd entered the bedroom, he silently went to his bed to sleep. Maybe that was what he needed. A timeout on his own bed. Before he pushes the line of inappropriateness any further.

While Frodd and Esther had their back and forth, Diane and Elozonam engaged in a little child’s play of duvet snatching. After lights out, Elozonam pulled Diane’s duvet from her bed and she retaliated by snatching his too. Theirs was quite lighthearted as both were caught laughing at each other’s folly and Elozonam knew when she said “that’s enough,” she meant it and he heeded.

Wait a second, are these two already a ship? Diane and Elozonam, we need answers oh. 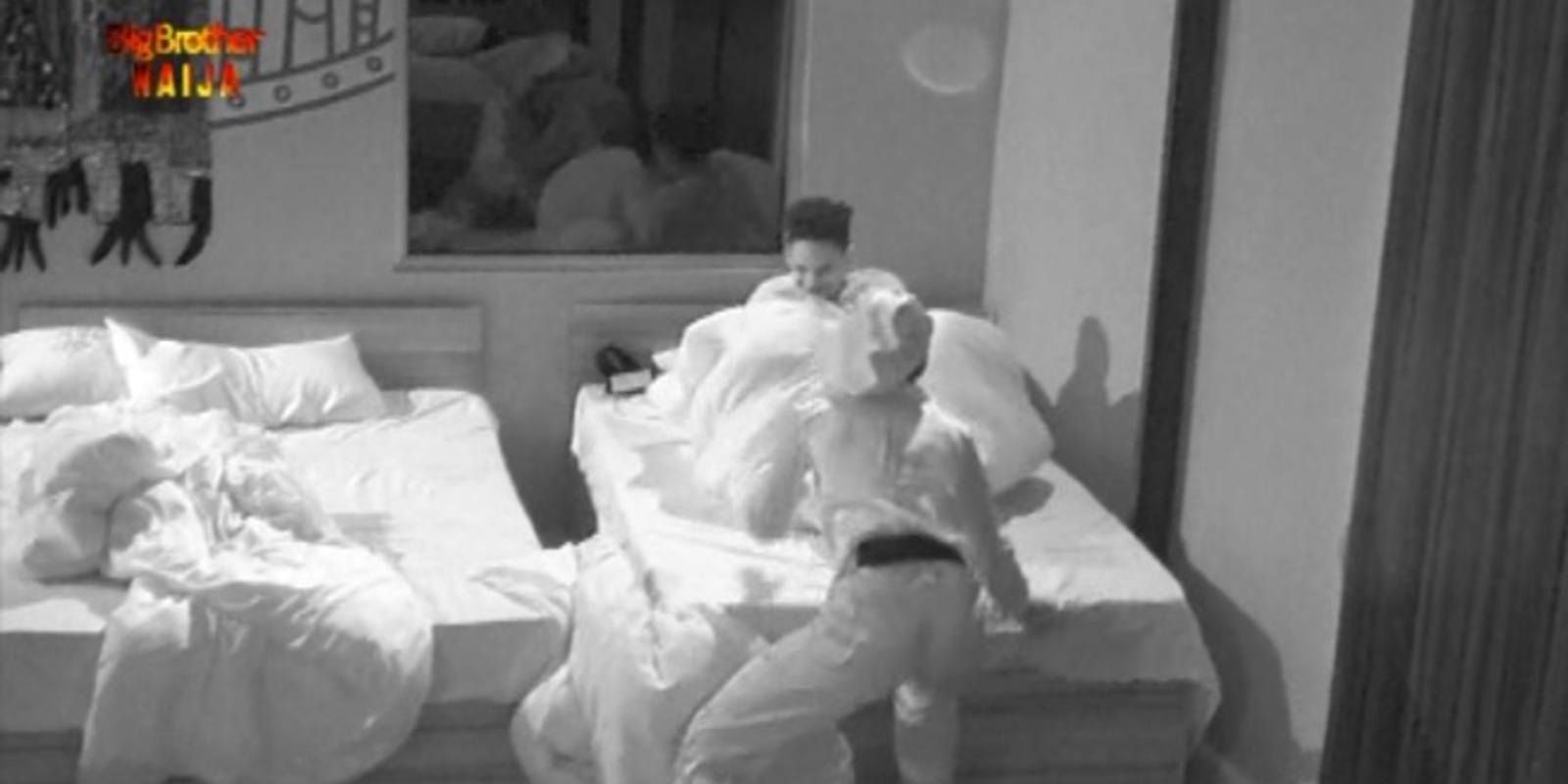