News
15 August 2019
After putting up a brilliant performance in the talent showcase Task, the Icons won their Wager for the week.
Get DStv PREMIUM

Having put up a colourful and entertaining coronation for their Tor Tiv in yesterday’s Heritage Bank challenge, Housemates were yet faced with a more daunting Task – the Wager presentation. As is with every Thursday Task, the two teams – Icons and Cruisetopia had to come up with creative acts in any form and contest for the Wager. The losing team will be denied of their provisions for the week.

In this Task, every member of each team must participate. The performance could either be done individually or in a group or even both. Also, unlike the previous Tasks in which Biggie always supplied the Housemates their props, this Task saw the Pepper Dem Gang creatively using available materials in the House.

The Icons opened the floor with a beautiful acrobatic display. Then Sir Dee, Elozonam, Frodd and Ike impressed us with their chest-puffing and humming. It was dramatic. Next was the eloquent and lively Khafi who put up a spoken word performance about self-love. Then Elozonam came on board with some flexible dance moves amidst a little dramatic performance. And the most exciting of all was Frodd’s rap, and then at the point of his using an “F” word, we heard, “Housemates, freeze!” 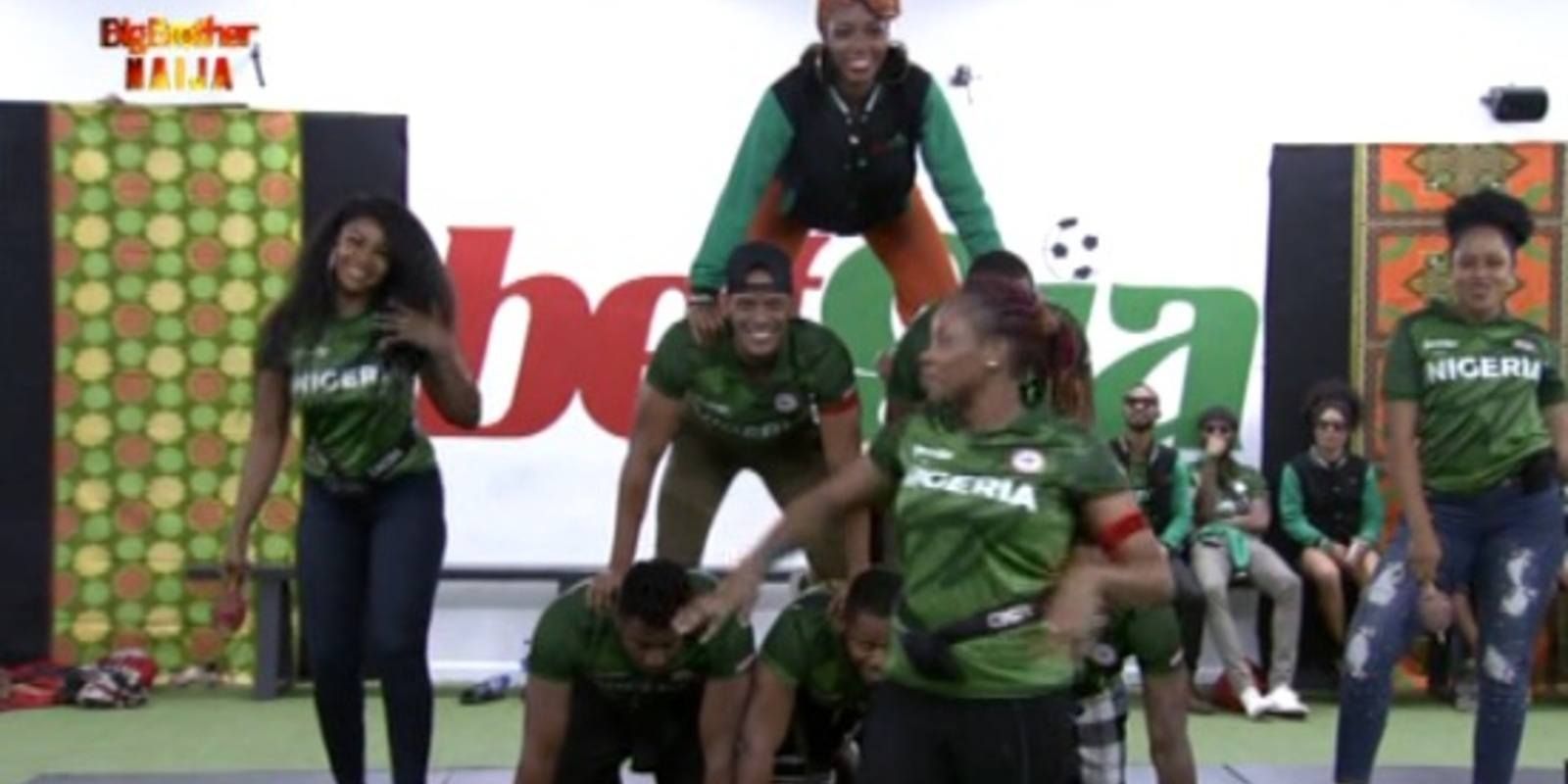 Cruisetopia were the patriotic team as they stormed the stage with a national anthem. As usual, Mr Anchor Seyi set the tone for the presentation. Throughout their acts, Joe was seen in front of the stage drawing on a white cardboard. No one knew what he was up to until the curtail call when he displayed the result of his work which turned out to be the Nigerian coat of arms. To be able to come up with such a drawing within the shortest time was commendable. Isn’t that the talent Biggie wanted to see with the Task? There were moving spoken words by Venita, songs by Esther and Jackye and Mike’s tap dance. Despite the little fall out between Seyi and Mike, the Cruisetopia still did their best.

After the performance, Biggie asked each team to select a representative to defend their presentation and tell him why they deserved to win. Enkay and Seyi came forward for both teams and each explained how they were able to incorporate in their presentations all the ingredients required by Biggie. 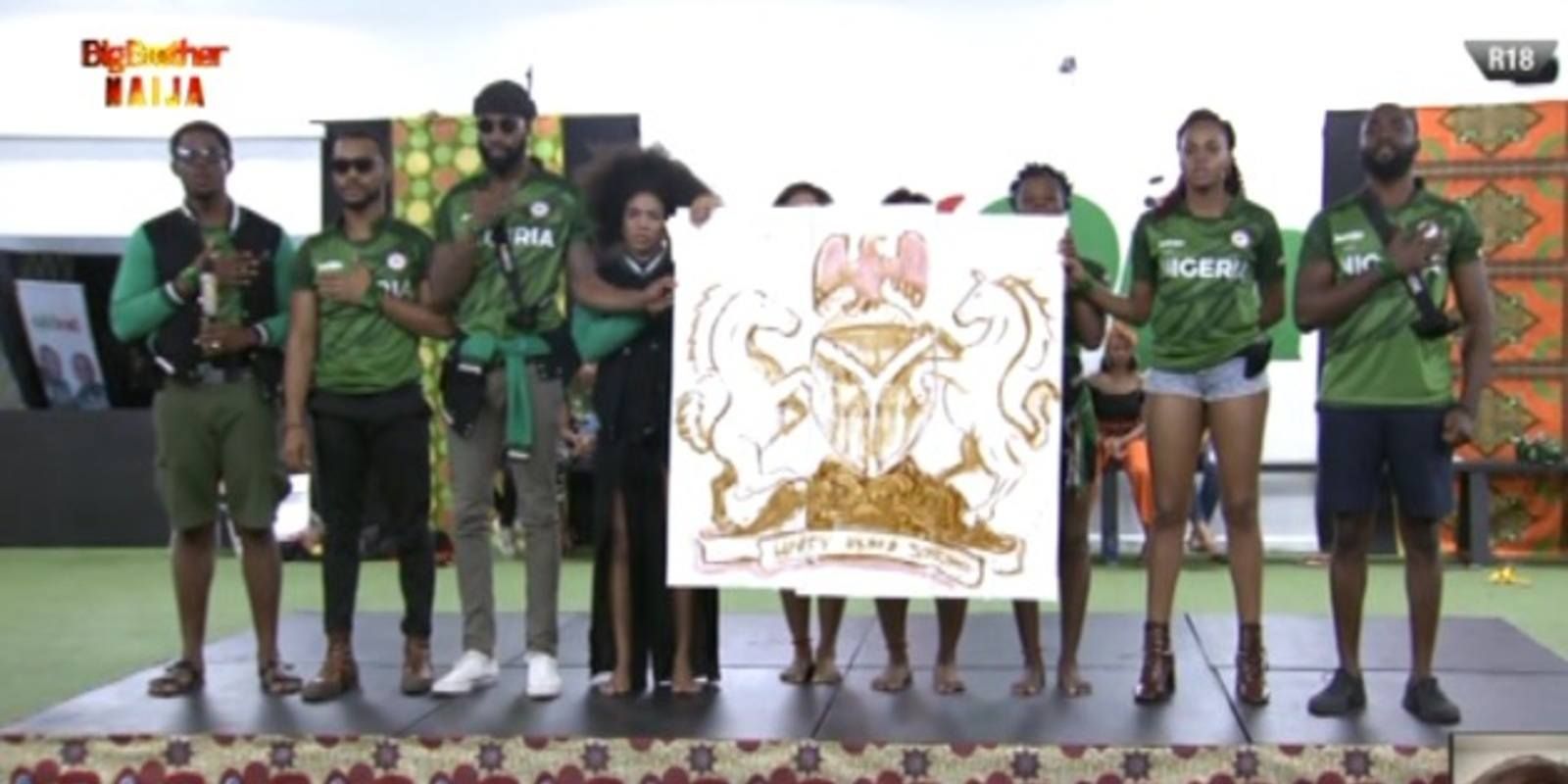 In the end, for their exceptional blend of comedy, drama, songs and a great deal of teamwork, Biggie declared the Icons winner. The Icons jumped for joy knowing that they will have the privilege to shop and enjoy the week’s Wager. In addition, each member also got richer with 20 Bet9ja coins. Congrats to the winning team! 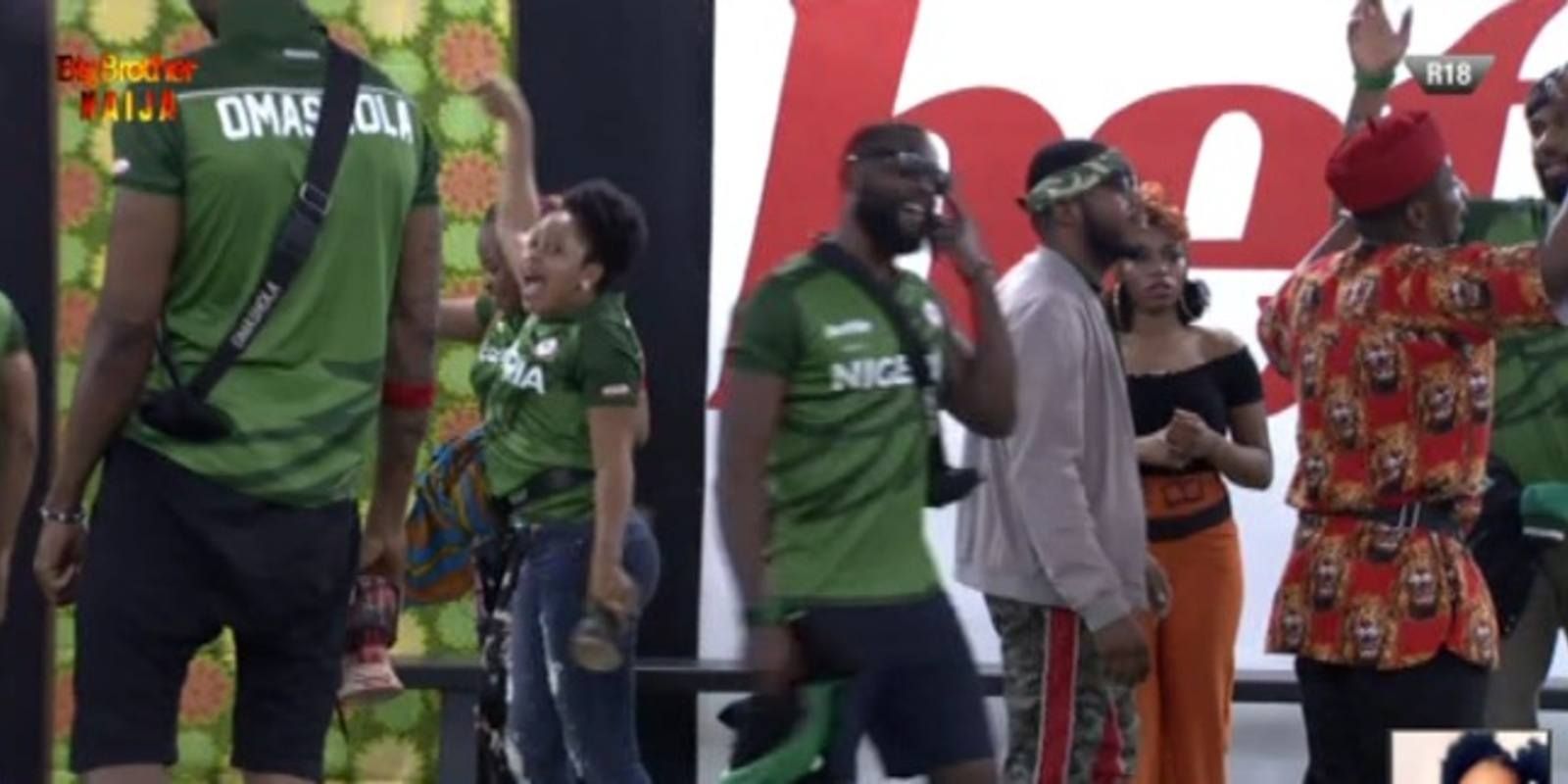 Cruisetopia won the Wager Task last week and this must have triggered the Icons to put in their best in this one. But we wonder if the Icons will sustain the win or give in to their ego and let Cruisetopia beat them to it.

Video
Day 6: The Weekly Wager brings out talents in the House – BBNaija
After receiving their Task on Monday, the Level Up Housemates had a week to prepare for Friday's presentation. They organised themselves into groups of four and took to stage to showcase what they have been practising. Tonigh, the no sleep geng had an opportunity to meet actors, dancers, singers and artists. Level 2 took the win and displayed the most creativity, originality and organisation. They walk away with 1500 Pocket Naira to buy luxuries and a Pool Party next week.
Video
Day 17: Level Up Housemates work on their Task– BBNaija
Cutting, measuring and sewing was the order of the day in both Houses as the Ankara outfits for the Weekly Wager Task begin to take shape.
News
Day 46: Weighing the Wager Task
How do you think the Housemates performed in this week’s Wager Task presentation? Let’s see…
News
Day 18: The first Wager Task win
The third time is really the charm as the Lockdown Geng secure their first Wager Task win on their third try.