News
14 August 2019
Keeping a secret and being openminded, how hard can that be in the Big Brother Naija House?
Get DStv PREMIUM

Following Biggie’s Secret Task, Cindy decided to carry out Big Brother’s instruction and divulge the secret. She picked Khafi as the hearer of these words and her choice of Khafi was not out of the blues. In the Diary Room last night, Cindy revealed to Biggie that if she had the power to Save anyone from the Nomination list, she will Save Khafi. Her reason was that she connects more with Khafi.

As soon as Khafi heard the secret, she told Cindy that she has not earned up to 1000 Bet9ja Coins yet and she doesn’t want Biggie to take half of their Coins. She, however, promised to keep sealed lips on the matter. Will she be true to her promise?

“What do you think about me?” This was the question Cindy asked Venita.

Venita was in the Head of House Room when Cindy asked that they have a one on one chat. Back to their bedroom, Venita opened up to Cindy about how she felt about the latter’s entry into the House. According to Venita, Cindy was disconnected but she liked the fact that she was coming out of her shell little by little.

Cindy also seized the opportunity to vent about Enkay’s attitude to her over a Ludo game. She told Venita that she wanted to flip the Ludo board but held herself from doing so.

With this heart to heart session these two had, do we see a friendship bond forming? 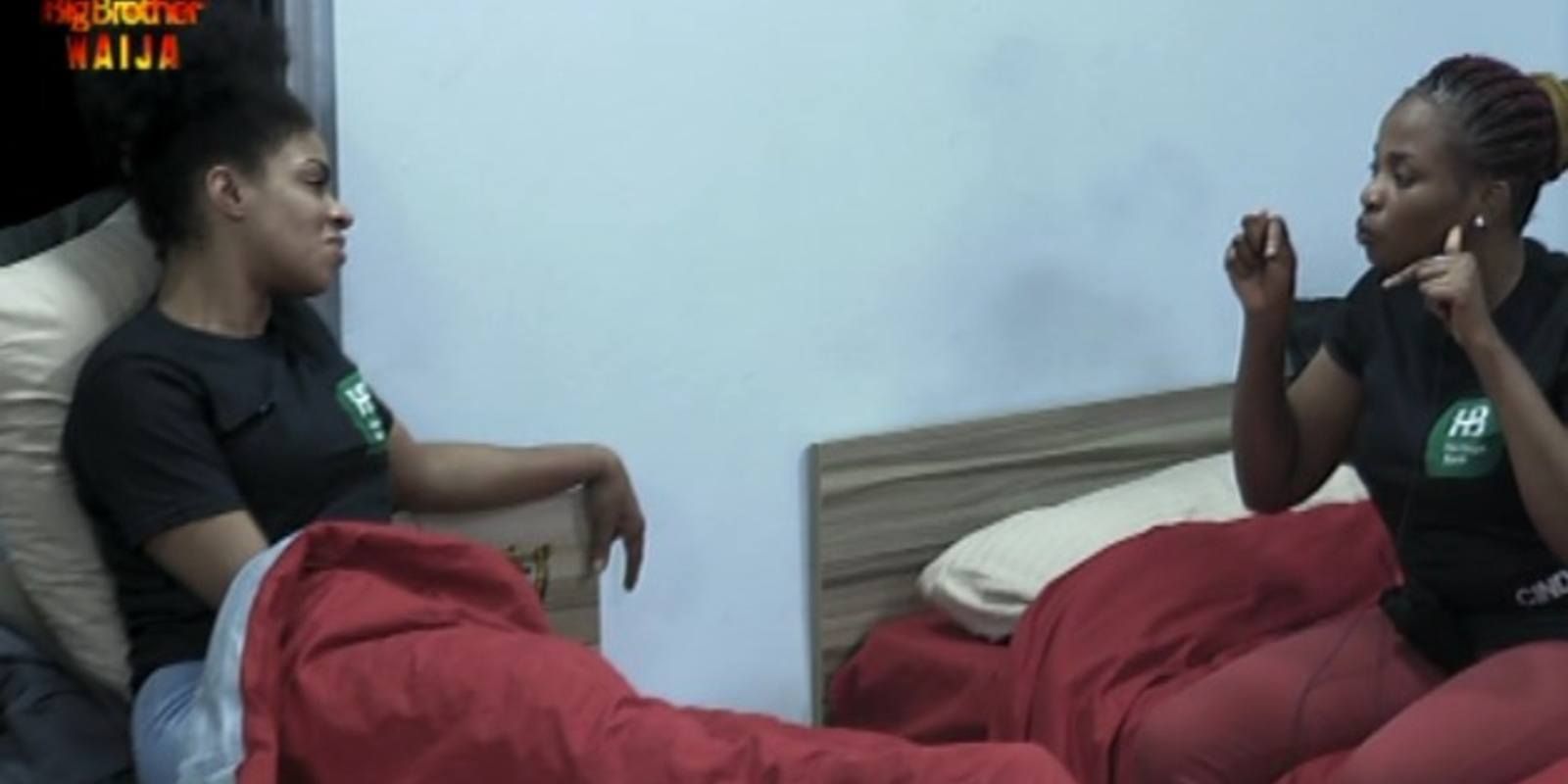 On Profanity and Curse Words

Yesterday, an instruction went into the House that swear words were not permitted in the House for the next 48 hours. To drive the point, Biggie provided a swear jar where 10 Bet9ja Coins will be deposited for every profanity uttered by the Housemates.

Well, Elozonam and Sir Dee decided to teach us the difference between curse words and profane words. The argument went on to the point of inviting Gedoni and Mike to be the judge of the matter.

Curse words or profane words, Biggie will show them the highlight one of these days and they will be reminded that Big Brother sees and hears all. 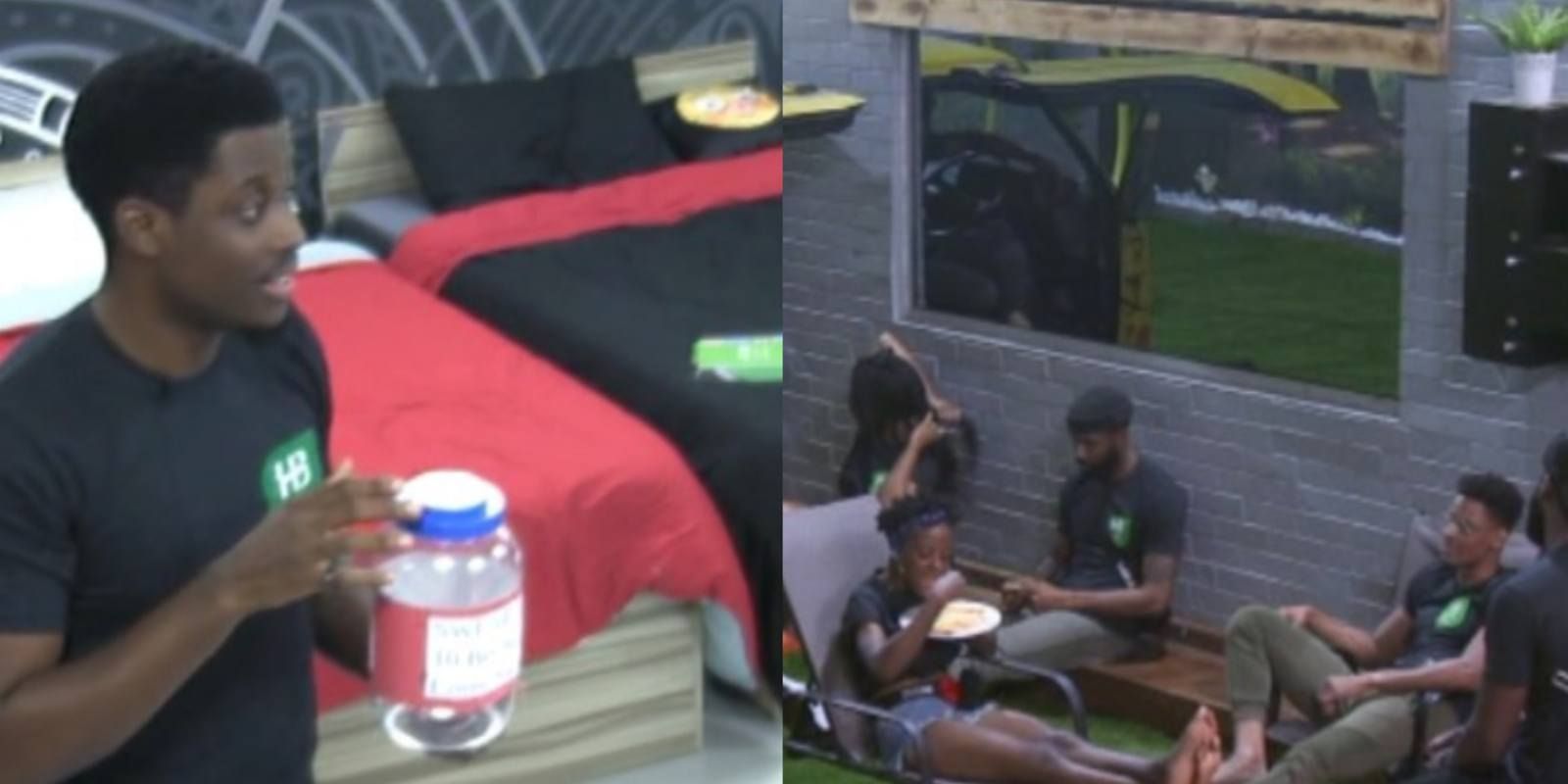 Video
Day 21: Bryann opens his heart to Modella – BBNaija
"I want to be in your space, I want to touch you," says Bryann to Modella as he shares his feelings for her.
Video
Day 8: Doyin opens her heart to Allysyn – BBNaija
Doying gets emotional when telling Allysyn her aspirations for her future daughter. She recounts how she lost her dad and her struggles since then.
News
Day 82: Ike Is The Superhero Of Arena Ville
The Arena belonged to Ike tonight as he was victorious in the Games.
News
Day 96: The Concept Of Responsible Gaming
Today is their last Friday in the Big Brother Naija House and it’s all about Bet9ja.