News
06 March 2017
The Housemates also picked the characters they were going to play for the rest of the Task! Here's who's playing who.
Subscribe to Watch

You voted and we listened! The final results are in and you decided that you wanted Marvis to be the blushing Bride and Efe to be your dashing groom for the big wedding on Thursday! Head of House, TTT broke the news and Marvis and Efe were completely shocked. Marvis laughed and screamed "oh no!" while Efe said he thought the viewers were going to vote for a "fine boy!". Everyone on social was quick to point out that he was! 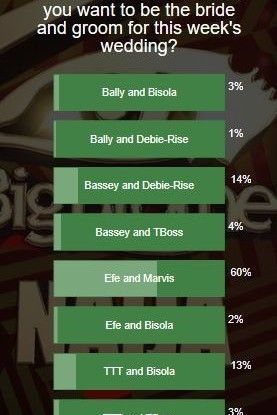 With the main couple determined Biggie asked them to pick the rest of the roles that they would play for the rest of the week! Bisola and TTT agreed to be the mother and father of the bride and immediately got into character making jokes about getting frisky after the mock meeting. Bassey got asked to be Efe's dad but protested saying he was "too young" so Bally stepped up and took the roll instead. Bassey settled for MC instead. 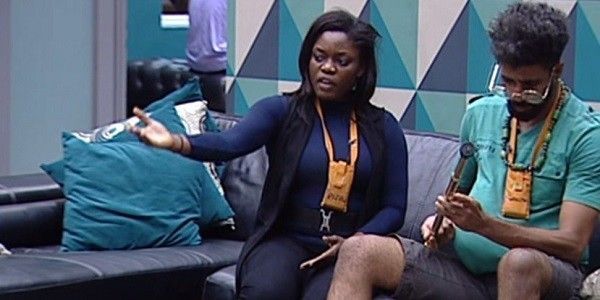 Debie-Rise played the popstar and temptress who has a seven year old secret that could ruin the wedding and kept flirting with Efe! Tboss took the role of Designer and Chef for the big soiree! The Housemates are already in character and the plot is thickening with new twists and turns happening whith each conversation. Keep it locked to our social media feeds for more updates.

Video
What does being a father mean? - AM Exclusive
Edward Pam Fom, Whochey Nnadi, Ibrahim Suleiman, Ayo Lijadu and Charles Ujomu share their favourite experiences as fathers and what these beautiful memories mean to them in celebration of Father's Day.
Video
Eight events for 8th Edition – AMVCA 8
The Eight Edition of the Africa Magic Viewers’ Choice is going big with an eight-day plan lineup. Starting on 7 May 2022, the AMVCAs will host an Opening Night Gala, Runway Show, Young Filmmakers’ Day, Content Market Workshop, digital Content Creators’ Brunch, A Celebration of Africa’s Diversity; followed by the Nominees Gala, and lastly the BIG DAY, Awards Night on 14 May. The Eighth Edition of the AMVCAs is brought to you by Africa Magic in association with Multichoice and proudly sponsored by Amstel Malta.
News
Day 43: The ones they lost
The BB Naija Lockdown Geng lost some of their faves to Eviction and they shared the hurt.
News
Day 43: Seyi Retains HoH Title
Seyi has broken a record as the first member of the Pepper Dem gang to win the HoH title twice in a roll.