News
04 March 2017
The Housemates get right into it and start drawing and painting.
Subscribe to Watch

The Iroko tree and gaping mouth sketches were the first sketches that took shape on the Wall of Fame.

Following closely were the palms holding the 50k (kobo) coins and the village huts.

These are just some of the masterpieces that the Housemates came up with for their Wall of Fame Task, where they were required to redesign the Arena wall using paint. 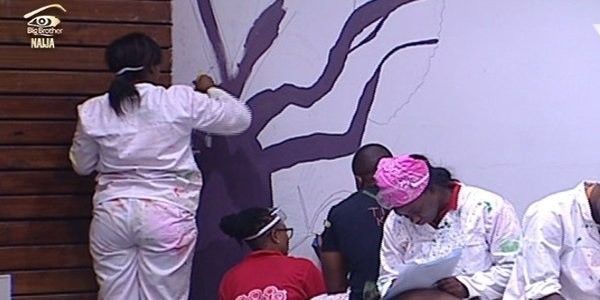 The Iroko tree is a large hardwood tree commonly growing in West Africa.  Bisola and Marvis worked on the Iroko tree creation, while HoH ThinTallTony worked solo on the gaping mouth creation.

During the Housemates’ brainstorming session earlier, the Housemates discussed the rationale used in choosing the sketches. Biggie had informed them to think beyond using people and monuments. Explaining the gaping mouth sketch during the discussions, ThinTallTony said, “We came up with the open mouth, depicting how loud some of us can be.” 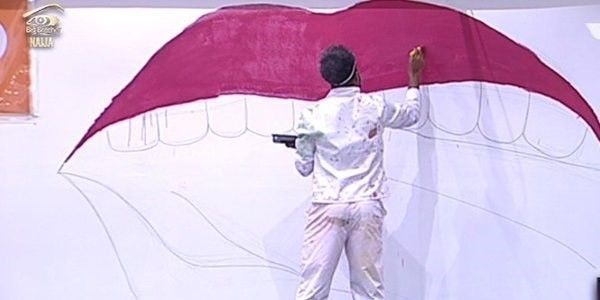 The village huts were part of the timeline idea, which Bally and TBoss thought would represent how Nigeria was a few years ago and how it is today.

Video
Taking the stage by a storm, the top 12 from the Nigerian Idols – AMVCA 8
Tune in to this breathtaking performance from the top 12 Nigerian Idols of the season on the eighth edition of the Africa Magic Viewers Choice Awards!
News
Top six moments that shaped The Rishantes
Life has been a rollercoaster ride for this family.
News
Day 41: Here are your faves' Pet Names – BBNaija
The Housemates let us in on some very delicate details of their lives.
Video
Day 41: Uh oh! Saga's in trouble – BBNaija
Saga may just have gotten himself on Biggie’s naughty list after ripping apart Biggie’s House in excitement.