News
09 August 2019
For his unmatched speed and accuracy, Omshola came first in the Arena games and Cruisetopia emerged the overall winners.
Get DStv PREMIUM

After a fun time with their surprise guests in the afternoon, Biggie pulled another stunt on the Housemates with tonight’s Bet9ja Arena games. Each Housemate had to pay a participation fee of 20 Bet9ja coins and donate three personal items. After listening to Seyi read the scroll, the Housemates dashed into the dressing room, each one trying to get what he could donate. Those unable to pay the participation fee were allowed to still take part in the Games. But the 20 Bet9ja coins will be paid back later on.

The challenge consisted of five steps each of which must be done carefully. The first step saw the Housemate bounce a balloon with the tip of a sword. Tacha, Enkay and Khafi spent quite some time at this spot. The balloon seemed to go back as they tried to push it forward. Then they must pick a wooden horse and gallop across the silver arrows drawn on the floor. This must be followed by a catapult throw and a sack race. The final step was the throwing of a spear. Most of them spent much time trying to give a perfect throw. All of these must be done within five minutes. 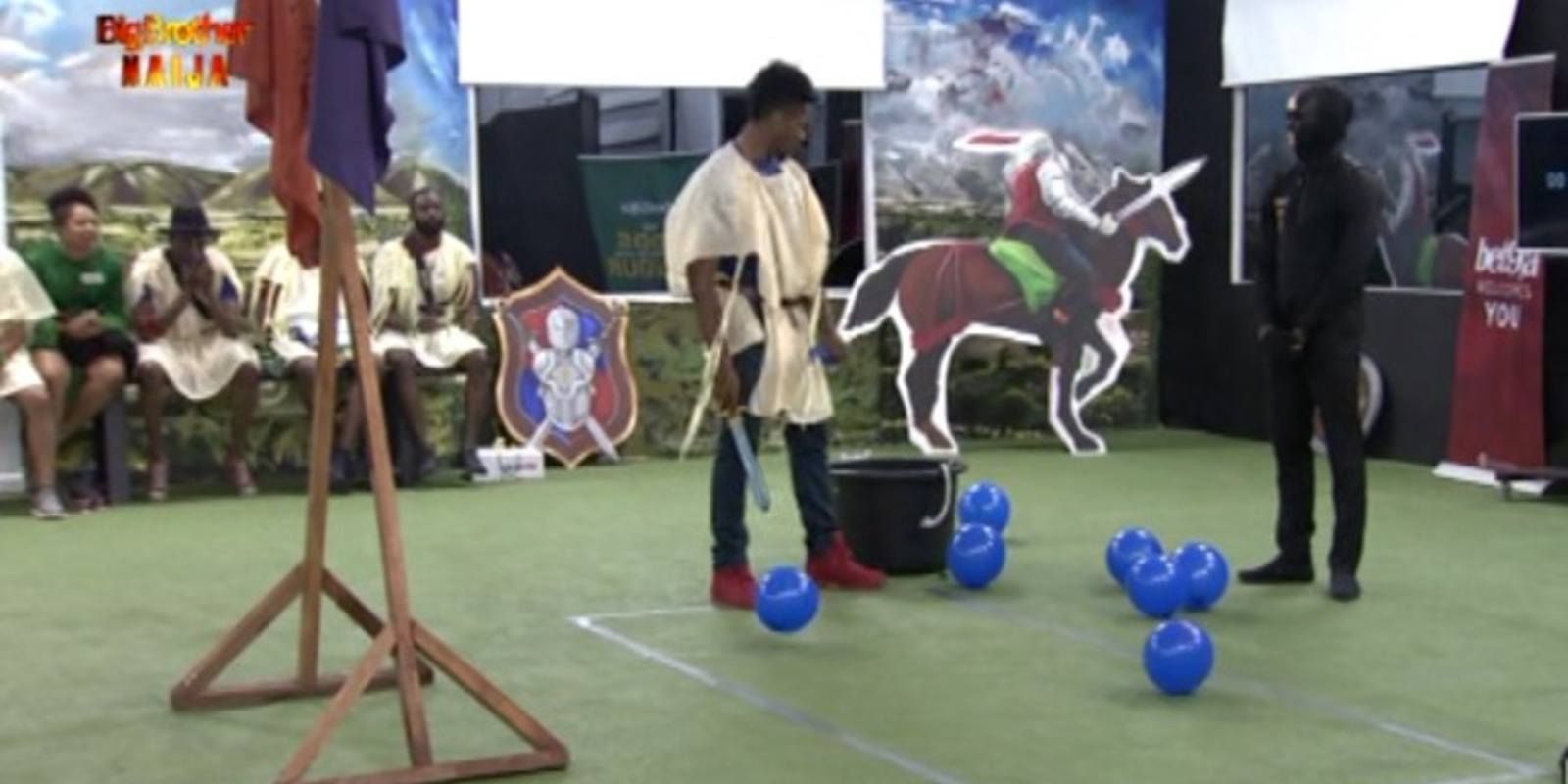 Some Housemates were disqualified while some couldn't complete it at all. The Housemates in these two categories were Ike and Tacha. Ike started well but upon hearing Frodd's comment that he liked to do things his own way, he dropped the energy with which he started. As a result, he got disqualified. After spending much time trying to scale pass the first and last stage, the time elapsed. 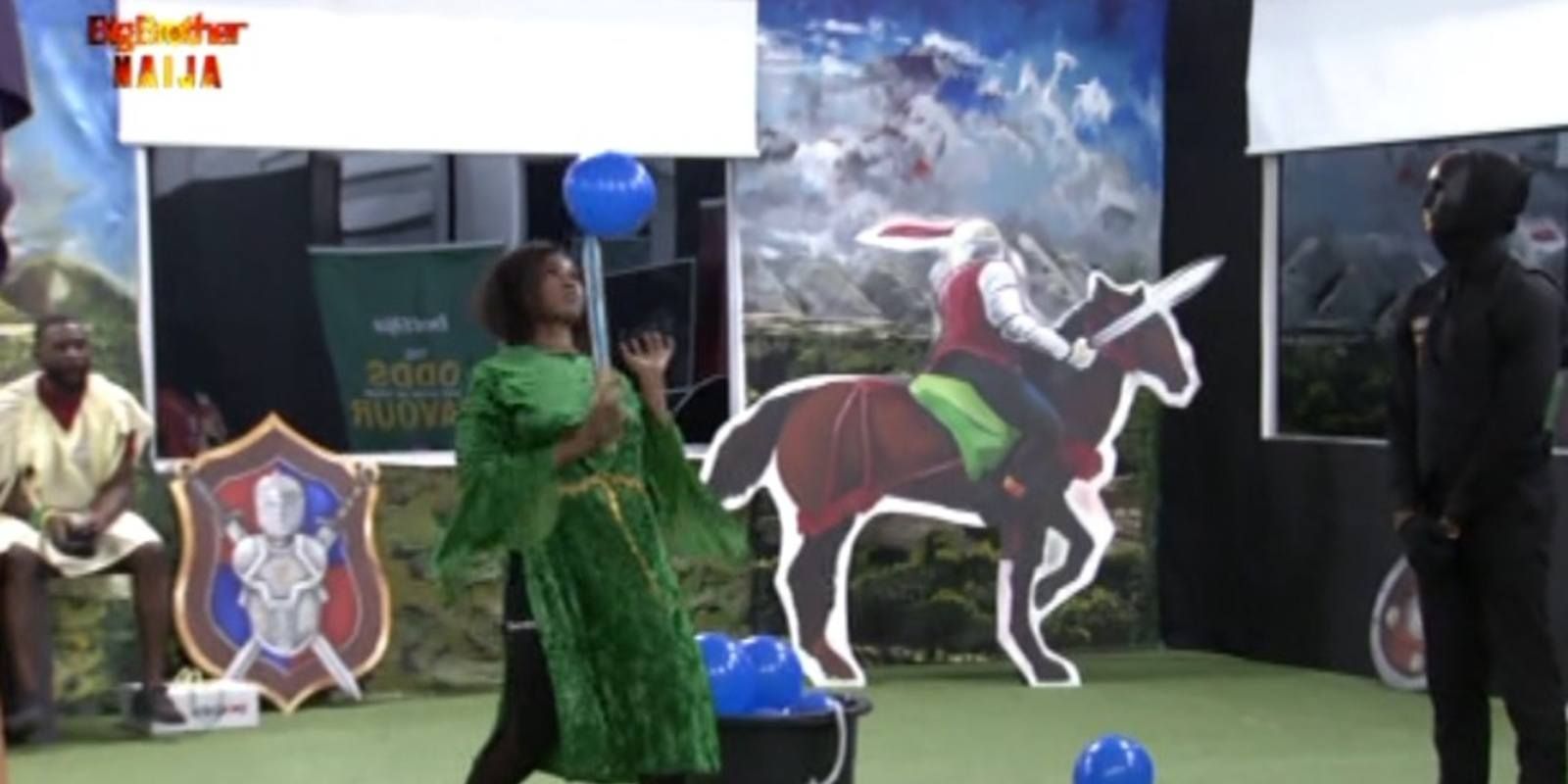 Here’s how all the Housemates performed.

Now we wonder how The Icons will fare seeing that Cruisetopiahas won the first major victory and will go back into the House with enough Bet9ja Coins to shop till they drop on Sunday. Hopefully, they will work harder next time.

For taking good care of their egg-babies, Biggie has decided to reward their efforts. Guess what that is – they will cook egg dishes tomorrow. What an interesting reward!

Video
BBNaija Gist: Whitemoney shares winning recipe – BBNaija
After an amazing run and a victorious Finale, Whitemoney opens up about his journey in the House. Guided by love and positivity, he explains how he overcame every obstacle on his path to victory.
Video
Day 37: An eggy HoH Game – BBNaija
The BBNaija Housemates reminisce on their challenging HoH Games and how an egg stood between them and ultimate victory.
News
Day 96: Omashola Is The Kick Master
As the fastest Housemate in the Task, Omashola has won tonight's Arena Games.
News
Day 68: Frodd Rescues To Victory
As the fastest Housemate to finish the fire service challenge, Frodd emerged winner of the Arena Games.