Biggie called the Housemates into the Arena area to do their latest Task: poetry. The Housemates were gathered around the podium as Efe and Bisola performed their poem "I am Nigeria" with both of them taking to the Task with everything they had ending their beautiful poem off with “I am great, I am Nigeria” to warm applause. The next pair,  ThinTallTony and CoCoIce's poem was entitled "Proud be Naija" and by the last refrain "We are the moon, and the moon has a heart”  they had their fellow Housemates enraptured.

Next up were Gifty and Bally and their "Africa the forrest" poem struck a chord with everyone.each pair not only used their voices to good effect but they also acted out their parts brilliantly, drawing warm applause from their impressed Housemates. Kemen and Marvis' poem, "Fantastically Naija" had Kemen flexing his muscles as Marvis extolled the virtues of the perfect Nigerian man as did the same of the perfect Nigerian woman. Miyonse and TBoss' "One love" poem was more of a love poem to each other.  Uriel and Soma's "United we stand" was also popular with their emotive words “Oh, great tree, how tall you stand, showing wisdom and grace with just a glance… I bound to you my king, Igwe as my knees touch the red dirty sand, I will  never leave you because your roots is where I will always stand.”

Uriel then thanked Big Brother saying they were done. Biggie wasted no time in announcing “This is Big Brother, Housemates, welcome. It was a brilliant performance… truly and proudly Naija. Big Brother will give you ten minutes to decide among yourself which of the pairs excelled the most… and your time starts now.”

Taking the full ten minutes to make the difficult decision to choose a winning pair out of all the brilliant performances Biggie asked Uriel as HoH to announce the winner, and they decided on Bisola and Efe. They mounted  the podium and took a bow to great applause.

Biggie then took some time to tell the Housemates that they were still playing for likes. He also announced to them that they had won their wager and were to be treated to a homecooked Naija pepper soup. Biggie told them all how impressed he was with their collective efforts in tall of the Proudly Naija Tasks.

All could take part in the reward except for Bally and Marvis who both failed in their secret Tasks. Uriel was also reminded that she was not safe from nomination as she had touched the card in the Do Not Touch Task. And, as Head of House she could not save and replace herself for possible eviction if she was nominated in the upcoming nominations. 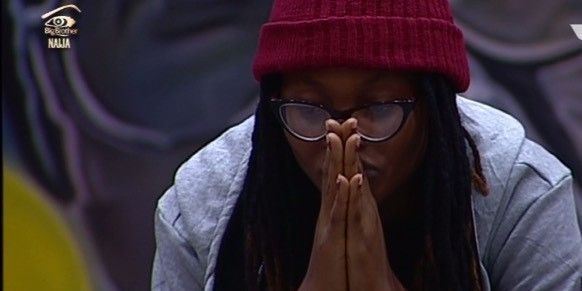 The Housemates have been giving their all and after a day of such emotion, many were exhausted and took a nap after their time in the Arena. They couldn't relax for long though as Biggie still expected them to do their nominations.

Video
The savings drama – Judging Matters
The claimant insists she has been saving money with her employer and she is refusing to pay up. The employer on the other hand insists she is receiving what's due for training her.
Video
The money is too much – Judging Matters
Apparently, the defendant has defaulted on paying the medical expenses incurred to treat her father, citing a high bill.
Video
Day 9: Housemates are getting sporty this week – BBNaija
Biggie has given the Housemates a new Wager Challenge; create a unique sport that has never been played before. This week's Challenge is putting the House's creativity to the test to see how much they manage to think out of the box. Both Houses need to come up with a new sports idea, a rule book and uniforms for both female and male Housemates.
News
Day 74: A Legendary Win
With only one point ahead of team Enigma, team Legends won the Wager Task presentation.