Day 38: New lease on life for the Housemates

News
01 March 2017
Buoyed by the visit of IK Osakioduwa earlier today and the return of two of their compadres, the general mood of the Housemates was evidently on a high.
Subscribe to Watch

Buoyed by the visit of IK Osakioduwa earlier today and the return of two of their compadres, the general mood of the Housemates was evidently on a high.

Today’s Diary Sessions kicked off with Biggie calling the Housemates in one by one, with TBoss taking the lead.

Soon as she was seated in the Diary Room, TBoss was asked how she felt about the return of Bally and Bisola she said she was happy. She admitted to being a little shocked at the unexpected nature of Big Brother’s twists, and she would love to see Miyonse and Gifty return to the House. She loved the paintball challenge and felt her team won the challenge, with Kemen and Marvis finishing second.

Marvis said the mood in the House was definitely lit since the return of Bisola and Bally. She thanked Biggie for bringing IK to the House as his visit was refreshing. She didn’t quite agree with some of the sentiments about Ese and Jon leaving too soon, as she reminded everybody that Soma and Miyonse also left early. When asked to name two Housemates she would love to see return, she named Soma and Jon.

ThinTallTony told Bigge that Ebuka’s warning of not being too analytical of the game has been a constant reminder in his mind so he has tried to contain his curiousity, however he was still shocked albeit pleasantly at the return of Bally and Bisola. He admitted it all made sense why they couldn’t use the Arena for their morning exercises.

Bassey couldn’t contain his excitement levels as he thanked Biggie vehemently for bringing IK into the House earlier, saying it was like being in the presence of a demi-god. He said he was happy to see Bisola and Bally return and would love to see Gifty and CoCoIce return as well. With regards to the paintball Task, he told Big Brother that he believed his team won as his interpretation of the Task was all about making art.

Bisola couldn’t stop thanking Big Brother for the Paradise experience she got to enjoy with Bally. She was also grateful for the peripheral view of the House they enjoyed while in paradise as it helped her understand the House and the Housemates better. She believed by the mere fact of being on the show made her a winner as the show has given her a huge platform to springboard off. She said she would love to see Ese and Soma return to the House. When asked by Biggie to name the Housemates she would be least sad to see leave the House, she named TBoss, Kemen and Debie-Rise.

Uriel was shocked and pleased when Big Brother greeted her in her native dialect of igbo. She told Biggie that her heart dropped when she saw Bally and Bisola return, she told Biggie how unfair it was for Evicted Housemates to be brought back into the House. But on a happier mood, she was happy with the great words of wisdom shared by IK during his visit. She stated that she felt Efe and TBoss won the paintball challenge.

Bally said the mood in the House seemed high as all the Housemates seemed ecstatic to have him and Bisola return to the House. He cited that BBNaija is a competition and though he missed some of the Evicted Housemates, he didn’t see any need for them to return to the House because he didn’t want any of them affecting his chances of winning the game. When asked by Biggie to name three Housemates who he would be least sad to see go, he named TBoss, ThinTallTony and Bassey; quickly adding that he had chosen these three names from a strategic perspective.

Kemen told Big Brother that he felt great and was content with the mood in the House as his fellow Housemates all seemed very cooperative lately. He felt very happy at the return of Bisola and Bally as he had asked for their return at yesterday’s Diary Session. He told Biggie that he felt his team won the paintball challenge as they had followed the instructions to the latter. He also added that he would love to see coCoIce and Soma return to the House saying “the more Housemates we have, the better”.

Debie-Rise told Biggie that the mood in the House was high now, especially after the return of Bisola and Bally. She also added that the visit of IK was very enlightening and she was grateful to big Brother for making it possible. When asked about the paintball challenge, she described it as painfully hilarious, and she also told Biggie that she felt her team won. 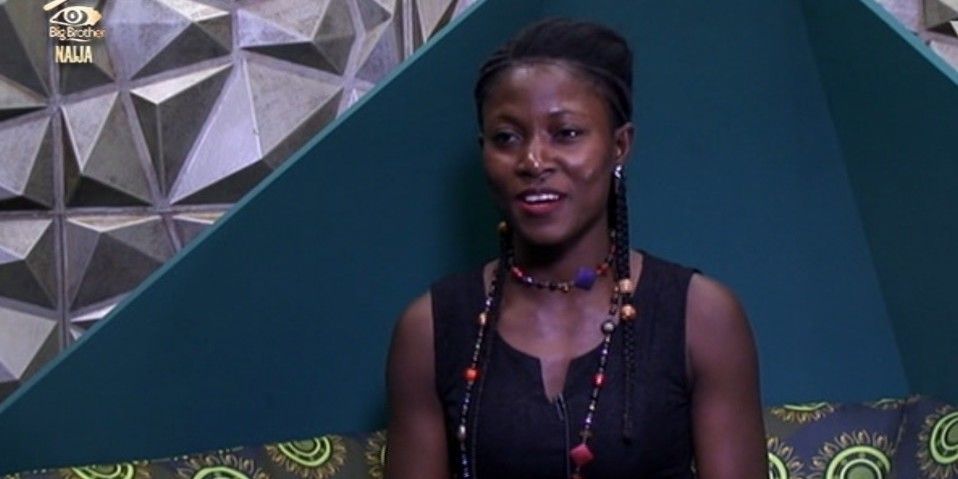 Video
The hard-knock life – The Johnsons
Tari and Efe are getting a taste of the hard-knock life and their dad has no plan to save them from their new fate.
Video
Day 38: Housemates get on this Revolution – BBNaija
Housemates rehearse their jingles, sales pitches and skits for their Revolution Plus Property Task and we are here for this creativity.
Video
Day 38: A Shoulder To Lean On
Despite the peaks and valleys between Frodd and Venita, both have found out that they can lean comfortably on each other in the Big Brother Naija House.
Video
Day 38: Trikytee adapted to life
As he is trying to console Prince, Trikytee tells Prince how he sold his car before he came to the show, and now he has his winnings, he can buy a car. Trikytee tells Prince how he felt through his previous losses and knows the feeling of loss.