News
01 March 2017
It was a double surprise for the Housemates.
Subscribe to Watch

Two surprises in one morning! That’s how the Housemates’ morning looked like.

First it was the surprise return of Bisola and Bally, who had spent a few days on a “beautiful island”, plus the surprise visit from TV personality IK Osakioduwa.

IK fetched Bisola and Bally from their island getaway, ushering them into the House and while the Housemates were still hugging and kissing the two in excitement, in came IK, sending the Housemates jumping with excitement.

IK wasted no time and got straight to the point saying, “You guys have a mad following. I love the spirit I’m seeing in the House. Look, there’s only so much you can do with the money but you have got to have a different plan from the rest of the gang,” he said.

He reminded them that they only had limited time to make an impact on the rest of the world out there. “In three months after Big Brother, the viewers will move onto something else. You have a month of fame and appearances now. Don’t wait until the end for you to make your move. You have to be like Ebuka. He had a plan from the onset and even said he would make something out of the experience from the House,” he added. 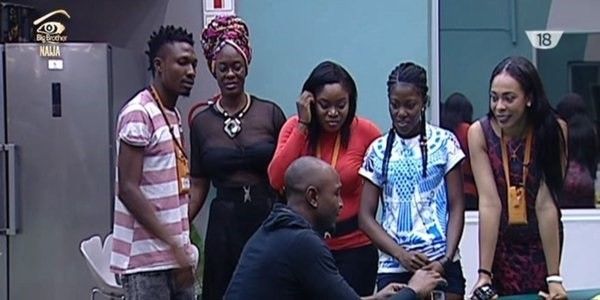 Of course IK had to joke around with the Housemates, saying Nigeria had released its first flying car, when the Housemates asked him for an update of what was happening outside the House.

“They’ve mass produced it. There now night flights to Lagos,” he joked, much to the amusement of the Housemates.

As usual, the Housemates shared their aspirations, ending the visit by taking selfies with IK.

Video
IK speaks about new levels of connection – Nigerian Idol
IK speaks about his experience on this Season of Nigerian Idol and how his connection with the Contestants and crew have grown stronger.
Video
Presenter takeover – AMVCA 8
AMVCA 8 Host IK Osakioduwa catches us up on his do’s and don’ts for the AMVCAs.
Video
Day 38: A Shoulder To Lean On
Despite the peaks and valleys between Frodd and Venita, both have found out that they can lean comfortably on each other in the Big Brother Naija House.
Video
Day 57: Ike’s Petition For The HoH Title
After the Head of House challenge, Ike didn’t feel comfortable with the process that birthed the current HoH and he complained to Big Brother about it. Watch how the matter was settled here.