News
06 August 2019
Housemates were tasked with showing kindness to one another in different ways. The result was loads of entertainment.
Get DStv PREMIUM

In line with the theme of this week, the Big Brother Naija Housemates perform an ‘act of kindness’ on one another.

Asides performing their parental responsibilities, Big Brother gave the Housemates an exercise. The activity was to spend the rest of the day practising the ‘act of kindness.’

To kick start the process, Housemates were to pick a name card from the magic hat. They were not allowed to peep into the hat. Once that was done, it must not be returned nor be exchanged. With this in mind, each picked a name and kept it close to their chest to await further instructions from Biggie.

After an interval, the magic hat resurfaced in the House and this time, they took turns to pick their ‘act of kindness’ from it. At the sound of the buzzer, the Pepper Dem gang had to act out the role each of them had earlier chosen.

Gedoni started by advising himself on the best way to survive in the House. But for Khafi, singing a soothing lullaby to Elozonam was her kind gesture. The pedicurists like Enkay and Tacha gave Jackye and Venita a lovely treat respectively. Seyi wouldn’t deny enjoying Venita’s smooth touch on his face, call it facial spa treatment. Also, Joe gave Cindy a great spa experience.

For Frodd and Mike, no better act of kindness than making a lady’s hair beautiful; Enkay and Esther had their hair treated by these guys. Since there can be no Ike without Mike, treating a brother to a delicious salad was Ike’s idea of kindness. 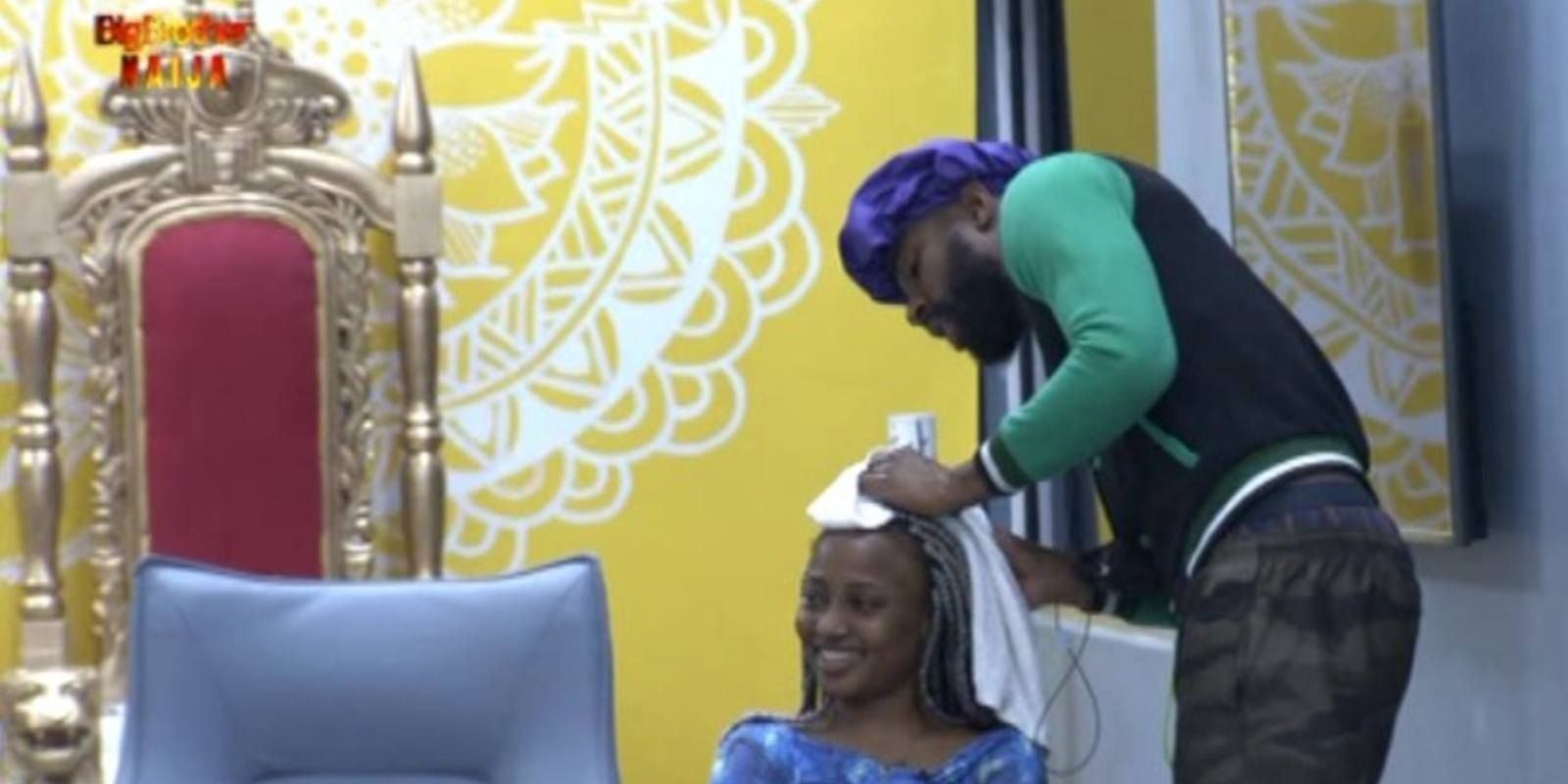 In case you don’t know, Biggie’s House can now boast of two professional counsellors – Jackye and Esther. While the former’s session with Ike sounded motivational the latter appeared wooing. In short, Esther’s session with Frodd gave us the impression of someone seeking a reconciliation. “You should always go after what you want, whether you get it or not,” she said. In his usual Warri swag, Omashola extolled Mercy’s doggedness so much that we thought that, if her head were soaked garri, it would swell up!

Mercy and Sir Dee’s ‘act of kindness’ was a long hug. While Mercy’s hug with Joe was understanding (that’s if Ike is cool with it anyway), Sir Dee’s awkward cuddle with another guy – Omashola – was a sight to behold. Even the Housemates couldn’t help supplying the moment with a series of love songs.

Diane acted a happy mother lullabying her egg-baby to sleep. Then in the kitchen, Elozonam felt on top of the world treating Khafi to a sumptuous sandwich and a cup of tea. The handsome guy even had to put up a mini-performance as he mimed T-Pain’s tunes. Of course, Mike was his supporting artiste. 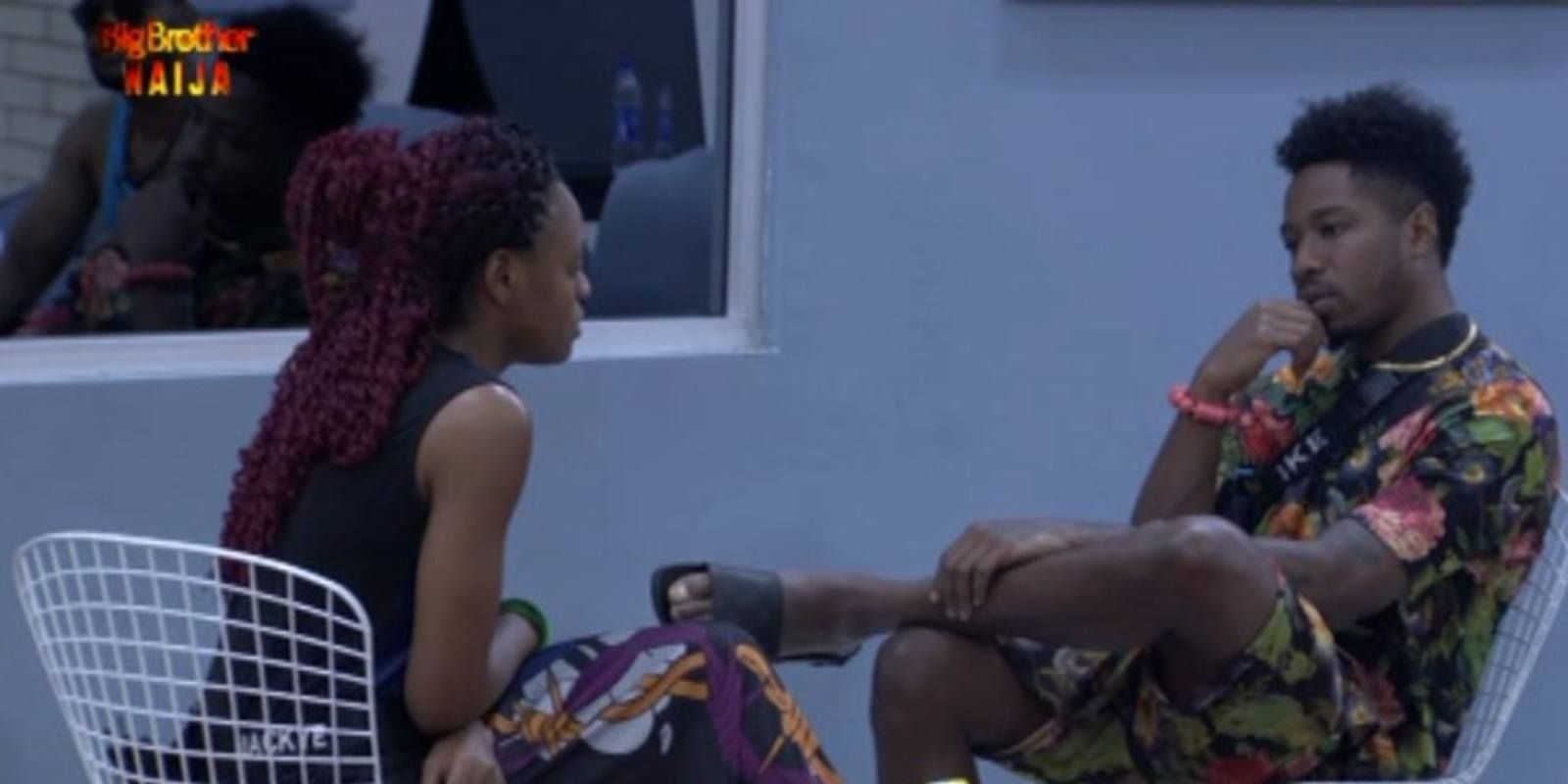 So far, the Pepper Dem gang have done their own part in the ‘act of kindness' Task. But the final decision is left with Biggie. Who will win: The Icons or Cruisetopia? Fingers crossed.

See how it went down.

Video
Day 39: Housemates share a little kindness – BBNaija
The BBNaija Heads of House declared today as ‘Acts of Kindness’ day. Housemates are expected to show acts of kindness as well as share Diary Sessions with each other.
News
Day 39: Strangers became friends – BBNaija
The gbas gbos took the sideline when the Head of House announced a Kindness Day.
Video
Day 37: Wrap Up – Game of Kindness
It was an eventful day in Biggie’s House as the Housemates put up an amazing ‘act of kindness’ performance amidst hot gossip and a moment of advice.
Video
Day 37: The Kindness Task
The Pepper Dem gang acted different roles based on what they had earlier picked from the magic hat. It’s called the ‘act of kindness’ Task.