Simi lit up Biggie's stage last night, and she paid the Housemates a surprise visit and was almost brough to tears as they performed for her their dance they were working on to her song, "Love Don't Care." She told them that they were all already legends. She did have one thing to ask everyone as to what it was that brought them into the House.

Debie-Rise told Simi that she was in the House because of the amazing platform that it offered for her. All of the Housemates explained their varying reasons and it varied from TBoss wanting to show that mixed race, as she said her dad is Nigerian and her mother Romanian, she wanted to show Nigeria that just because she looks different, "Doesn't mean I am a bad person, I am just like you and me." She also mentioned that she wanted to carry on with acting and Big Brother Naija was an amazing platform for her.

Marvis said that she wanted to showcase her acting and her rapping and asked her about how she managed to juggle music production with her career as a vocalist. Simi said, by way of reply to all of them as many had the same reasons for being in the House.  "You have to look out for yourself but for good reasons."

Efe was using his opportunity to expose Nigeria to his music as he said he sang and raped in Pigeon and he wanted to give his genre more exposure. Uriel spoke about how it was different in the UK. Bassey revealed that he was always a huge fan of the Big Brother shows and was desperate to get in as he saw it, too as a huge platform for him and for him to explore his self. Kemen also said that he wanted to be on a platform that showcased his brand, and he explained that he was an entrepeneur and that this would get him to the next level.

Simi said, "One thing I have noticed is that it is very easy to judge someone you haven't met." She said that they had to open themselves up to the experience and that they had to "Hold your head up and put your eye on the prize. Remember your goals, Keep it real," she ended.

From there, Simi went and visited Bisola and Bassey on their Paradise vacation, curtesy of Biggie and their immunities they both had earned, earlier in the game. They talked for a while as Bisola and Bassey charmed the petite starlet and Bisola gushed over a story about when she first saw Simi live. All too soon Simi's quite other day in Biggie's Paradise came to an end and it was warm embraces of new friends and spontaneous selfie's as Simi bid the House one last fond farewell, and she was gone. 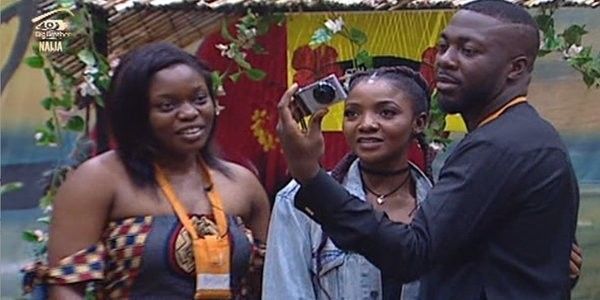 How will the Housemates be able to unpack everything that has happened in the past 24 hours on Big Brother Naija?