News
27 February 2017
Never before had a #BBHoH challenge proved so torturous.
Subscribe to Watch

When Biggie called, it was as if eight bundles of nerves had rolled into the Arena: some had chosen to keep their heads bowed, while others had kept their hands behind the back as eyes had opened wider and nose tips had become sweatier on the faces.

The first round of the #BBHoH had Housemates guess the number 173 written on paper by a #BBNinja. TBoss, ThinTallTony, Marvis, Debie-Rise and Uriel who had made the five closest guesses moved to the second round while Efe, Bassey and Kemen were eliminated.

From five contestants to the HoH title, the number was soon brought down to three during the second part of the game, with Debie-Rise and Uriel joining their defeated Housemates on the side benches. Who would have thought that blowing into balloons was an art mastered by very few?

At this stage, TBoss’competitive nature had taken the front stage: the veins on her neck were protruding, her eyes had popped out of her head and nostrils dilated as one who had switched into full combat mode.Together with Marvis and Thin Tall Tony, they plunged into Biggie’s last challenge of popping balloons with their bottoms. It was a relentless race against the clock: TBoss was heard grumbling, huffing and puffing of impatience as her competitors were quietly searching - though not without discomfort - under the incredulous glares of the disqualified Housemates seated on the side benches.

Having found the slip of paper with the title Head of House, Thin Tall Tony emerged against all odds as the winner of the #BBHoH task, leaving seven Housemates up for Evictions. However the incoming HoH was not granted the privilege to Save anyone else.

But a distraught TBoss couldn’t contain herself any longer: was it the memory of Thin Tall Tony advances that made her stamp her feet of rage and throw punches at him? Fortunately, the two former HoH Efe and Kemen deflated the tension by stating the obvious, that: “TBoss, your ass is on fire!” 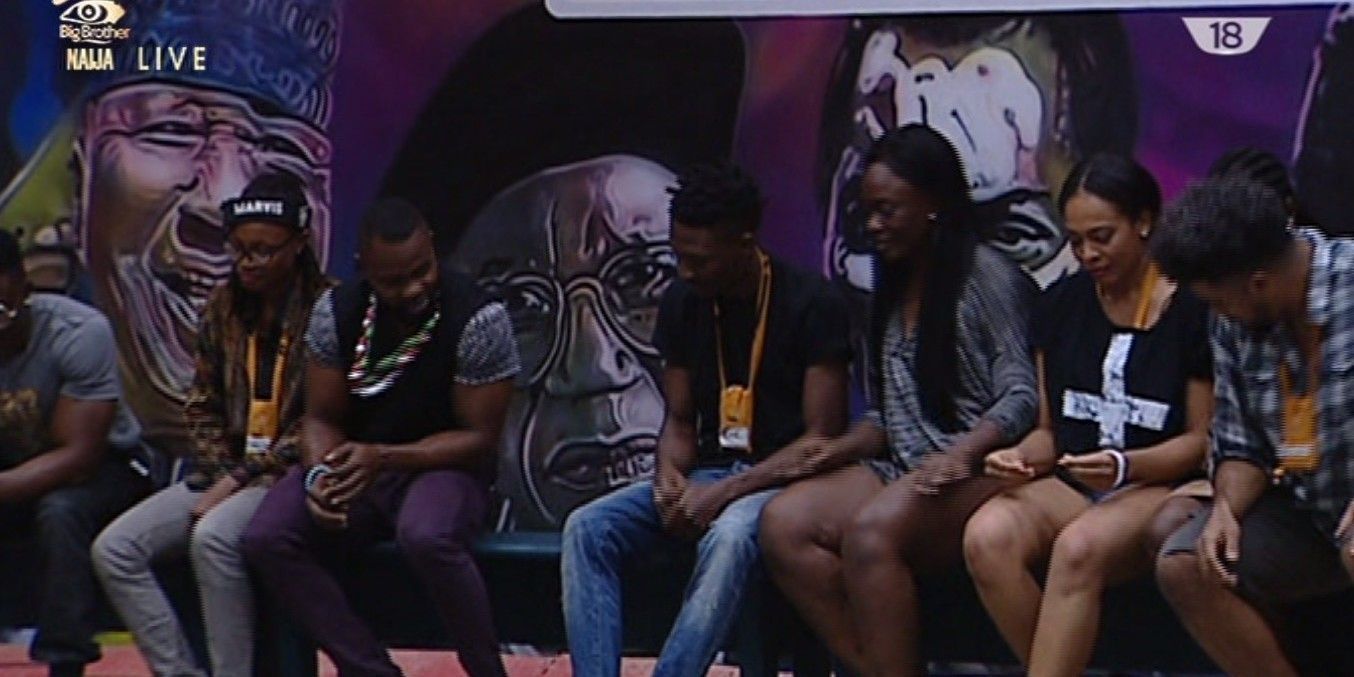 In a humourous atmosphere, it is a humbled Thin Tall Tony - dressed with the Igwe regalia - who was crowned and cheered by Housemates.

Gallery
Auditions come to a close – Nigerian Idol
This is the last day of the Audition stage and we are amazed at the amount of talent in the room.
Video
D'banj's unexpected duet – Nigerian Idol
The last thing anyone would have thought of happening on the first day of auditions was a musical collaboration between the Koko Master D'banj and a contestant. However, this unexpected collaboration happened with Obinna who despite not getting a 'Yes', made the best of his moment with D'banj.
Video
Day 2: Last Man Standing
It was a great test of endurance as the male team members of the Pepper Dem gang engaged in their first Task of the day. The Task ended with Nelson being emerged as the winner.
Video
Day 36: Wrap Up - Switching The Menu
The Pepper Dem gang got served differently today. From getting a new HoH to the change in Nomination process, the Housemates have their work cut out for them.