News
26 February 2017
The Housemates had to face their fears all week but not just the kind they expected!
Subscribe to Watch

After several strong performances, Kemen finally came out victorious, winning the right to rule as Head of House for the rest of week which was themed Fears, Phobias and Superstitions. Biggie kicked things off by preying on the Housemates' biggest fear, Eviction. During Monday's Nomination show (Day 29), a furious Biggie admonished them for gossiping and conspiring before playing an incriminating clip of Kemen and Marvis. He then layed down the law, dolling out a strike for the former and making all Nominations null and void! His revelation that he would choose for himself who the public could VOTE for left everyone vexed! 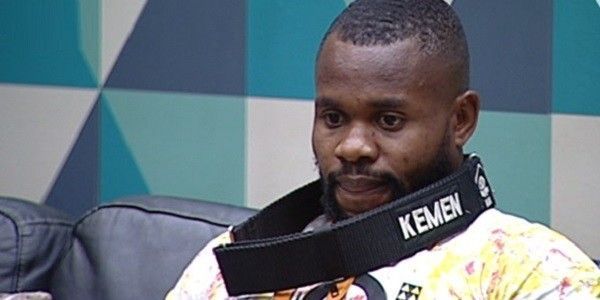 The terrifying challenges commenced the next day with Biggie asking all the Housemates to write down their secrets on a piece of paper before revealing that they had to eat a repulsive meal and hold it down to make sure no one found them out. Though Debie-Rise and TBoss struggled (with the latter initially refusing to eat what was on her plate) everyone managed to fight through it in the end! 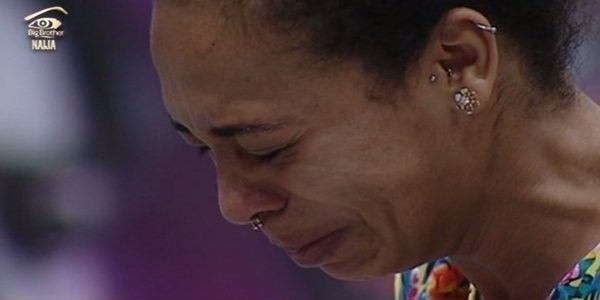 The next day brought with it another gruelling challenge in the form of the Dark Bath Task. This time the Housemates had to sit helplessly as buckets of cold, chunky, stinking mess were dumped on their heads by the Big Brother Ninjas who seemed to greatly enjoy the Task. In what became a theme for the week, everyone braved the stench for the greater good and came out victorious. As a treat for their bravery, the one and only Mr Ibu paid them a visit and even workshopped and presented a short play. 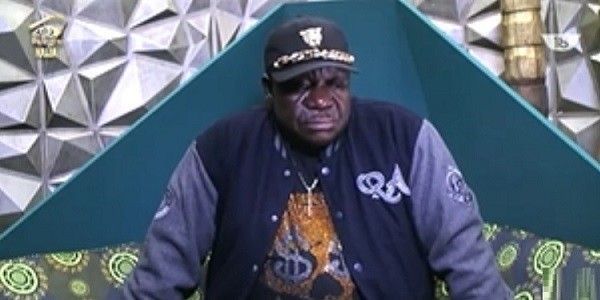 It all came down to the grand finale on Thursday (Day 32) when the Housemates had to present a play inspired by childhood supersistions. They performed 'The Bush Baby's Mat' and 'Terrors of The Night' in their two groups and completely blew Biggie away with the quality of their acting and story telling! It was only fitting therefore that they won 100% of their wager for a second week in a row!

After losing out to Kemen based on a technicality in the previous week TTT soared through Friday's obstacle course claiming victory in the Payporte Arena Games. He also seemed to take a liking to TBoss this week spending several hours trying to sweep her off her feet with compliments, massages and all manner of dirty talk. TBoss remained defiant but we'll have to wait and see how long she can hold the fort. 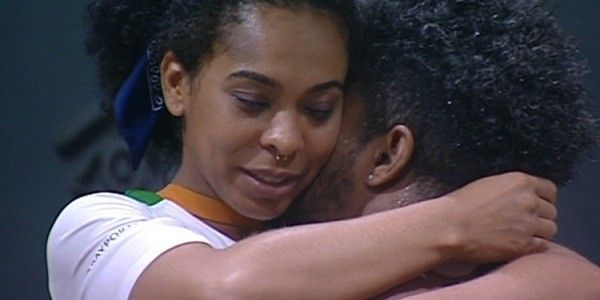 Saturday's was Efe's birthday and Biggie treated him to a huge cake aswell as a birthday song performed by the Saxokay Jazz Band later that evening! While the party was an epic success and by many accounts the best one yet things went south fast with heated fights breaking out between TBoss and Bally, Efe and Uriel aswell as Efe and TBoss. It seems that once again the reality of eviction was sinking in and the mood in the House has been sombre and tense all day.

Make sure you're watching the Live Show tonight because the fun is just getting started and there's plenty more twists and turns in store!

Please note that there will be NO VOTING this week. All vote SMSes received will be void and non-refundable. Please visit the official website for more clarity on Biggie’s twist.

Gallery
The much awaited judgement – Nigerian Idol
Theatre Week ended with a day of judgement that saw a Top 12 emerge as the Nigerian Idol Contestants for Season 7
Video
Day 71: Liquorose gets a party recap – BBNaija
Last night's party was a bit of a blur to Liquorose and Emmanuel is kind enough to give her the good, bad and ugly details of it all.
Video
Day 35: Eviction Fever
In their Diary Room session, the Nominated Housemates talked about their feelings and plans outside Big Brother Naija.
Video
Day 35: Jeff Is Evicted
Jeff took a bow from the Big Brother Naija House tonight. He is the eighth Housemate to be Evicted from the game.