News
01 August 2019
The journey to the 50s is harder than anyone thought. How are the Pepper Dem Gang doing?
Get DStv PREMIUM

It seems like the twists in the Pepper Dem House aren’t ending anytime soon. In another surprise twist, the Pepper Dem Gang were asked to convert the stories they had been working on into stage plays and the outfits sewn will be their costumes.

Time Travelling to The 50s
The journey to the 50s has been quite a daunting Task. From Omashola's altercation with Mercy to the Housemates staying up late to sew their outfits and type stories, the Task has been quite a weight to bear. With the sudden announcement of a stage play and little time to finish up on designing and stitching of attires, the Pepper Dem Gang have their Task cut out for them.

Still Tense
Things aren't still well between Omashola and Mercy. Although he didn’t raise his voice for a change this morning, it was clear he wasn’t pleased that Mercy wasn’t around for their rehearsal once again. Esther who could sense his anger asked him not to react like he usually would so that the preparations for the Task could go on smoothly or close enough. 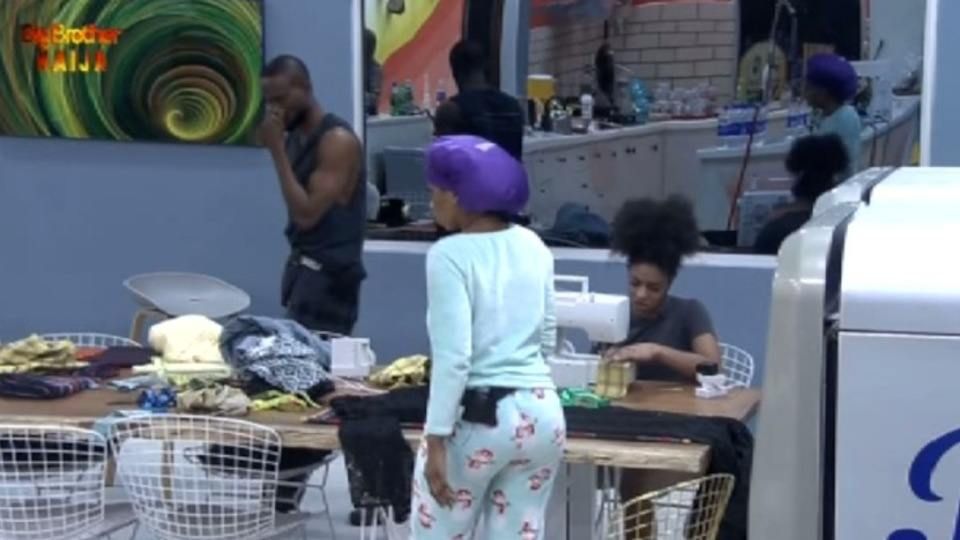 Jeff and Mike weren’t getting along too. He refused to let go of the original draft when Mike asked - a move which left Mike frustrated and unwilling to continue working with him. The tension emanated from Jeff's complaint about Mike leaving him and Esther to continue working on the Task while he went to sleep. Venita seemed to be getting along with their fellow teammates, although she spent quite a lot of energy soothing frayed nerves of her team members. 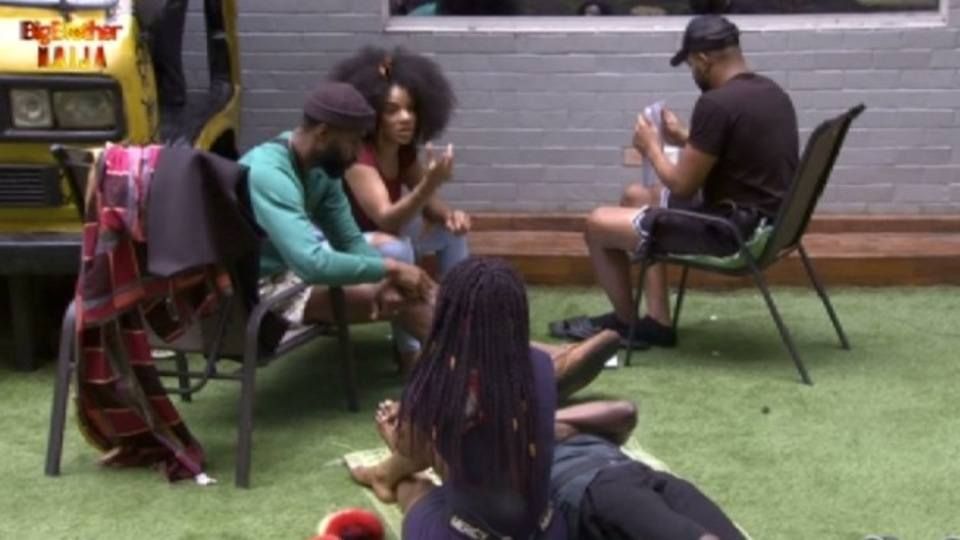 The A-Team?
Seyi’s team look like they have this Task in the bag. The synergy the team has must be why they all seem to be getting along and also headway as they prepare for the Task. The new Pepper Dem gang have also successfully infused themselves with the team. Elo spent time the morning with Jackye perfecting their fictitious story while Joe took command of his role like he was born to take the lead in the play. 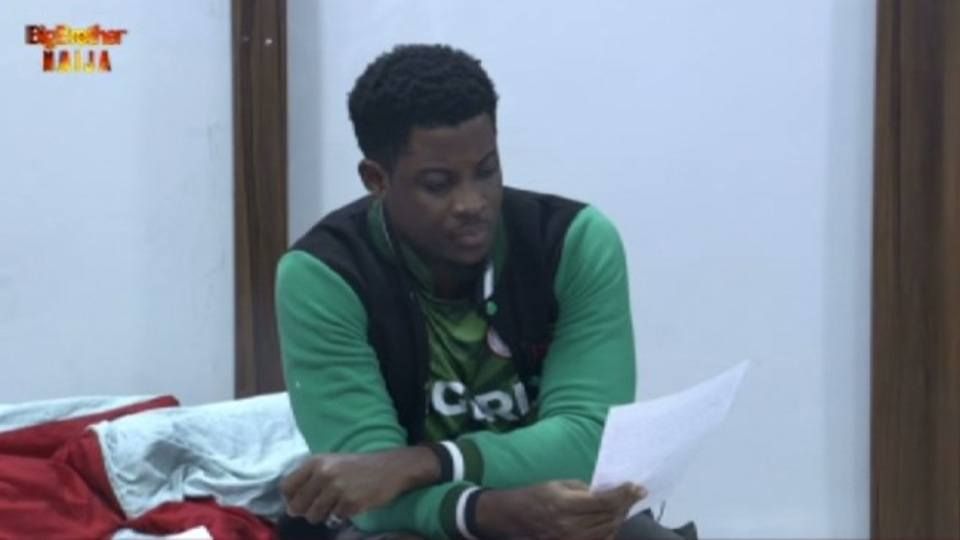 All seems set for the Wager Task, but sudden announcement of the Play might have thrown some of the Housemates off for a bit, but they seem to be getting a hold of the situation and look ready to deliver an interesting show.

Video
Last round with EmmaRose – BBNaija
Tega confronts Pere about his lack of support for her. Cross apologises to Saskay and EmmaRose explain their relationship one last time.
Video
Day 23: Time to kiss butt – BBNaija
Oblivious to the twist, the Housemates have started preparing to suck up to Maria to extend their stay in the House and they have a catchy song to go with it.
News
Day 76: Flight With Travel Beta
The Pepper Dem Gang recreated a commercial for Travel Beta and still had time for a dice game.
News
Day 32: Mouths Of Fury
Omashola and Mercy engage in a war of words as they prepare for the Thursday Night Presentation Task.