News
03 July 2019
What do you call a day that got the Housemates dancing, crying and making confessions all at once? Awesome!
Get DStv PREMIUM

The Time the Gbedu Entered Their Bodies

Biggie heard the cry of the Pepper Dem Housemates and gave them some hit songs to lighten up their mood.

From Patoranking’s ‘So Different’ to Wizkid and Larry Gaga’s ‘Low’, the Housemates did not fail to ‘gbe body’ in Big Brother’s House.

Thelma came through with the twerks, while Isilomo gave us some zanku moves. Amidst the dance chaos, the likes of Jackye and Esther were found chilling on the bed. Saving their moves for Saturday Night Party, perhaps? 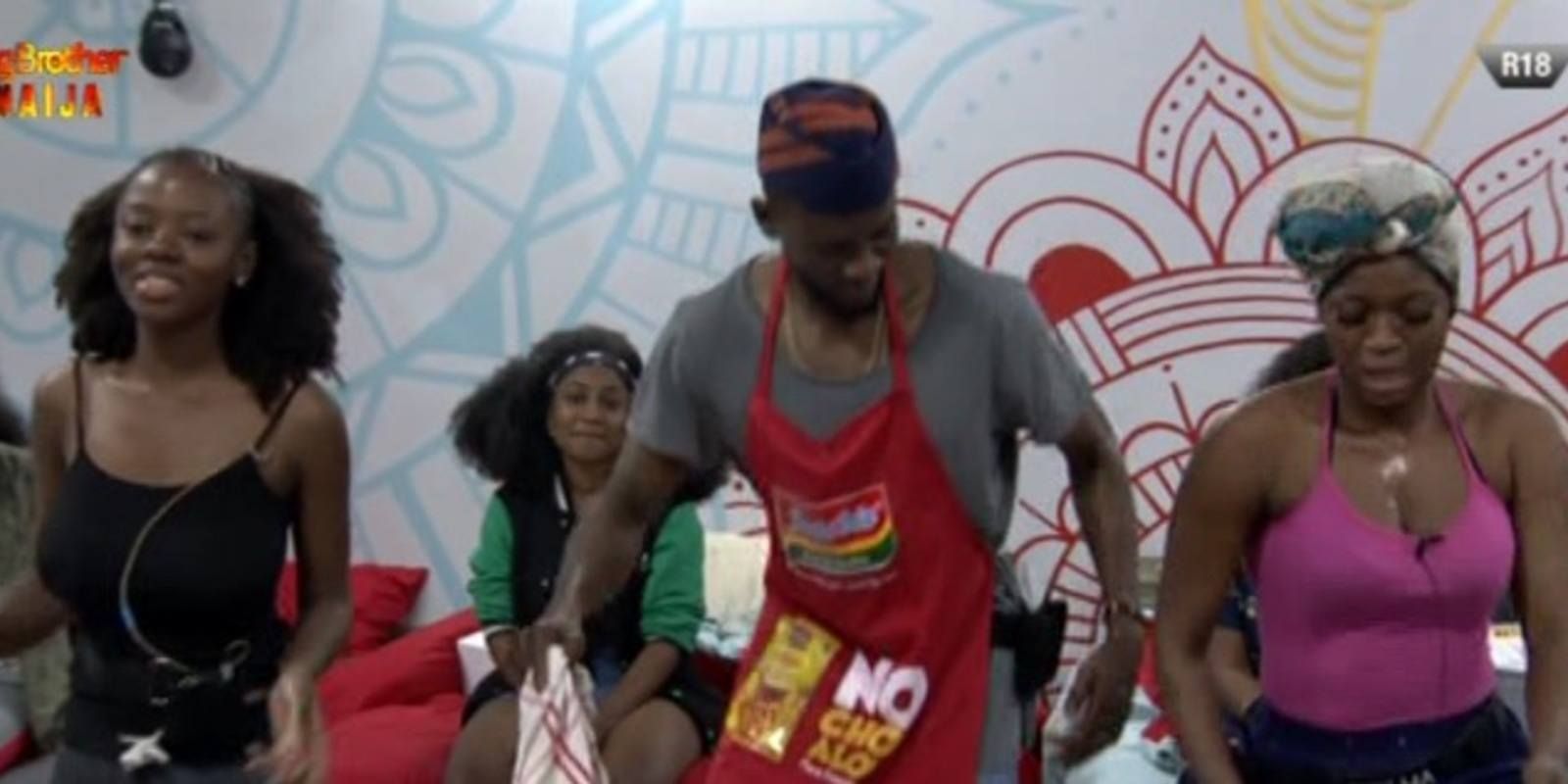 “I Hate It When I Don’t Get Along with Everyone”

In her conversation with Isilomo earlier today, Khafi burst into tears as she narrated her ordeal with KimOprah. As Isilomo gave her a shoulder to cry on, Khafi declared her discomfort with not getting along with people; especially if she’s going to be stuck in the same House with them.

We caught Frodd, Jeff, Ike and Seyi sharing their thoughts about the female members of the Pepper Dem gang.

“Ella is giving me the green light”, said Ike. This was countered by HoH, Jeff, who mentioned that Ella has always made her feelings about Mike, known to anyone who cared to listen.

Could it be that Ike is getting the wrong signals?

In this midnight revelation, Ike also declared his interest in Mercy; of which he referred to her as “a big fish”. However, Mercy subtly put his interest aside by telling him she only enjoyed teasing him. This pushed him to find love in the arms of Tacha – who he confessed to having feelings for.

What could Ike be up to? Does his strategy involve the ladies in the House? We’ll find out.

Video
Day 70: Post breakfast vibes – BBNaija
After a sumptuous breakfast, the Pere, Cross and Liquorose break into a dance. Hard to tell if it's the meal or making it this far that has got them in an amazing mood.
Video
Day 67: The morning dance off – BBNaija
Whitemoney's random dancing moment had the BBNaija guys in a dance of their own as they vibed their morning away in the Kitchen.
News
Day 3: Needle’s Eyes
Big Brother is not letting up on his spicy Tasks.
News
Day 7: Frodd Wins Veto Power
Frodd emerges as Veto Power Holder.