The Task to nominate the Head of House for this week started as a very muddy one. Big Brother called the Housemates into the Payporte Arena and gave them the instructions for the Task today, digging for marbles.

The rules of the Task was very simple, the Housemates were instructed to sit in front of the bowls of murk placed there and they were to each find 10 marbles hidden in the murk using ONLY one foot. Due to being issued with their first strike, Ese and Jon were exempt from participating in the HoH Task, so they had to sit on the side lines and watch. 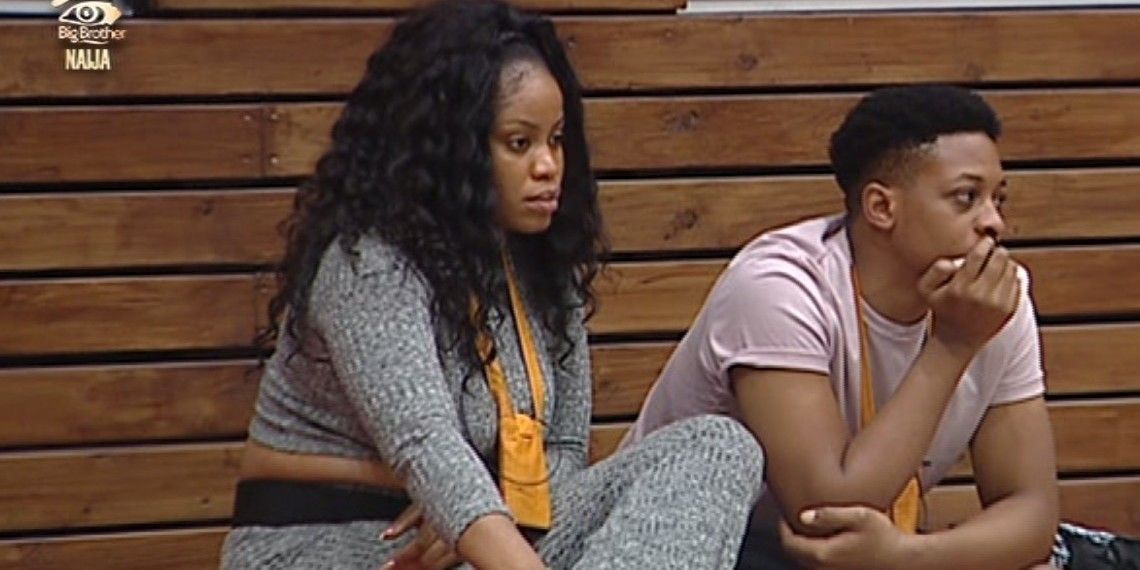 It seemed like a fairly simple Task but as soon as the buzzer sounded signalling the beginning of the Task, the Housemates quickly realized the complexities surrounding the Task. The bowls of murk not only had the 10 coloured marbles in them, but also had little pebbles which would complicate the Task further.

Big Brother placed one of his ninjas in the arena to monitor the proceedings and keep count of which Housemate would finish first. With the Housemates digging through the bucket of murk with their feet and counting pebbles and stones, ThinTallTony and Kemen signalled the ninja to count the extracted marbles and after the counts, Kemen was declared as the winner of the Task and thus crowned the new Head of House. All hail King Kemen.

Video
Live Show 4 - 7 Aug: Christy O’s Big Brother Naija journey ends – BBNaija
The self-proclaimed shy girl, Christy O, slowly came out of her shell as her journey progressed in the Big Brother Naija House. She made an impression on Pharmsavi the pharmacist from Day 1, and the two continued to get closer daily. She engaged in a couple of altercations but has maintained her demeanour throughout.
Video
Day 15: Week two in the Level Up House – BBNaija
Ships grew, strikes were issued, and the gist was shared. Week two in Biggie's House has not been without any entertainment as Housemates do all they can to stay in the House till the final day.
Video
Day 69: They Call Him King Here
Known by all as the King of Meme, Seyi never fails to deliver nothing but the funniest of facial expressions to his loyal Twitter subjects.
News
Day 67: Cross dubs Angel the King of cruise – BBNaija
The House has had a lot of cruise and people claiming to be cruisers, but none seems to have the hang of it like Angel.