News
18 February 2017
Gifty and Bally have been getting quite intimate lately but is anything really blossoming?
Subscribe to Watch

One of the consequences of being trapped in a confined space for weeks is that lingering feelings rise to the surface after a while and people start falling hard and fast. For a while this seemed to be what was happening between Gifty and Bally but their revelations today lay to rest any possibility of a romantic relationship.

While chatting to Debie-Rise about Bally's interest in her, Gifty revealed that while she thinks he likes her and is always following her the feeling isn't mutual. This was consistant with her remarks during her Diary Session on Thursday where she flat out said she wasn't interested in love and had a passion for "power and fame" instead! 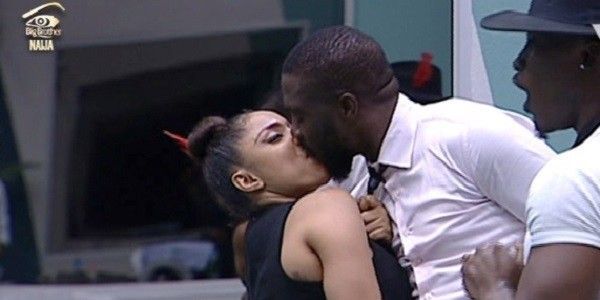 While Bally might not have heard what she had to say it's hard to think he'd have felt slighted. Yes, the two of them have made out often but it's also worth noting that they barely talk when they're sober and only get physical once the drinks start flowing with Thursday night being their most recent hook up. He's also often called her the "village whore" (hardly something you'd call someone you're trying to woo)

If there was still any doubt Bally delivered the final blow when he opened up about his girlfriend to Efe and revealed that they had an agreement that he could fool around in the House. He concluded by acknowledging that in spite of this he still had a lot of explaining to do when he got home.

So it would seem Big Brother Naija's newest couple are just two adults trying to blow off steam. Nothing more, or less. Do you agree? Give us your own take on their relationship after the jump.

Video
Day 13: Phyna wants Eloswag – BBNaija
Chomzy, Eloswag, and Phyna are caught up in a love triangle, and Phyna would do anything to be exclusive with him.
Video
Day 6: Beauty and Groovy flirt before the Task Presentation – BBNaija
The Level 2 Housemates are bringing their A-game to the Task Presentation. For Beauty, she is bringing that, plus her flirting skills too. After looking around for Groovy to help her but with no luck, she asked him, "is this how the love is going to be?" A blushing Groovy responds with shock, and Kess has a request for the ladies.
News
Day 27: New Cross, who’s this? – BBNaija
New looks and hairstyles are still trending in the House
News
Day 27: The Abeg Friday Night Task – BBNaija
The Housemates got together to make somebody smile tonight.