Day 27: Eviction Privilege and The Finalists

News
27 July 2019
Get to know who the Housemates believe the top five will be and why everyone would Evict Frodd with immediate effect.
Get DStv PREMIUM

Earlier today, we watched the Housemates tell it all in their Diary Sessions.

Out With The Old

When asked on their thoughts on the arrival of the fake Evicted Housemates – Seyi and Tacha, the Housemates seemed to think both Housemates came with a strategy. While some said they came into the House with switched roles, others were of the opinion that Seyi and Tacha came back into the game with new scripts.

Evidently, Tacha has been a bit more welcoming than she was before the fake Eviction which has caused raised eyebrows amongst other members of the Pepper Dem gang. 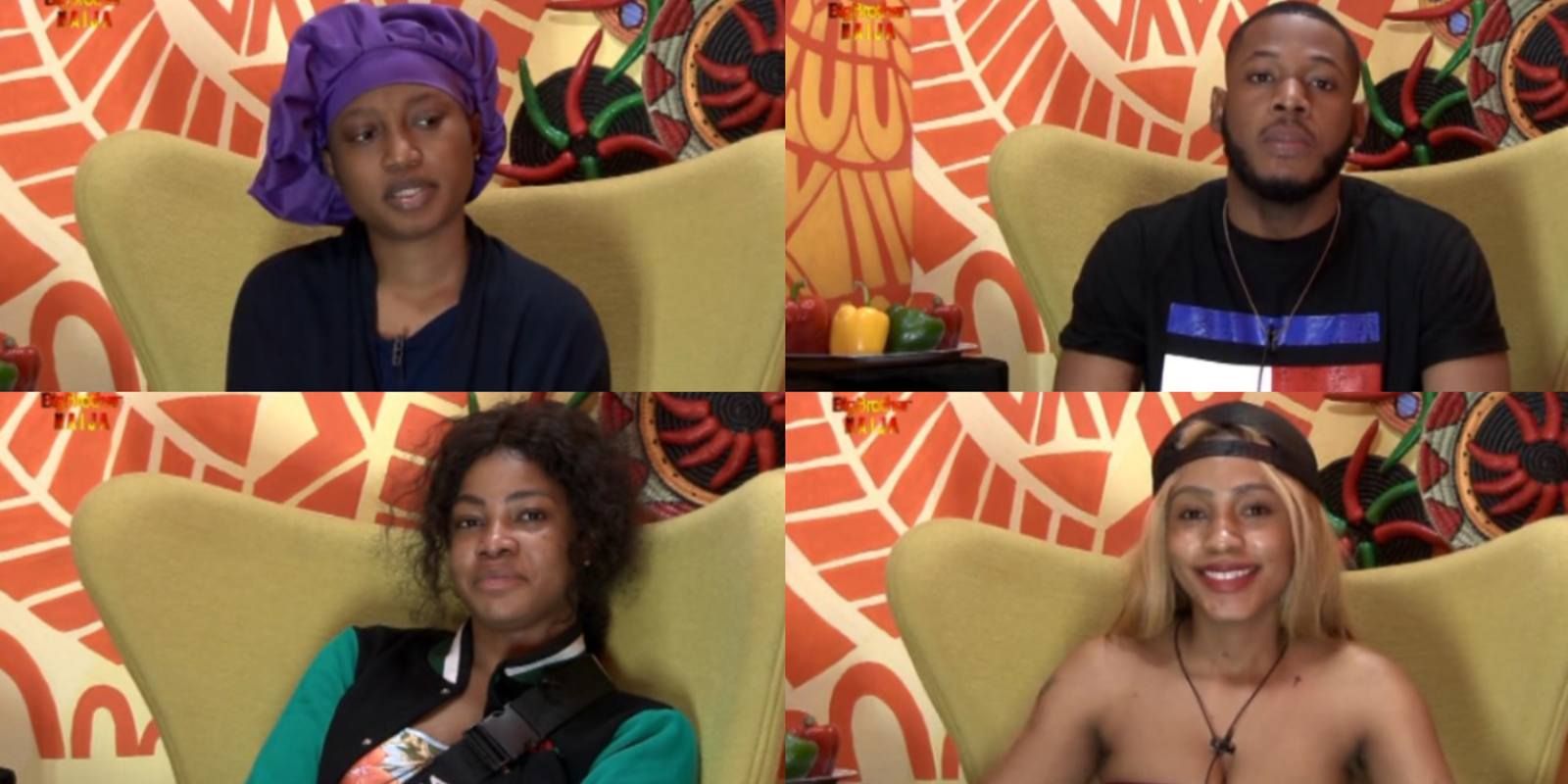 If given a special power that allows them Nominate one Housemate for an immediate Eviction, majority of the Housemates had one song on their lips – Frodd. We are not sure what caused the unison in their answers but we can’t wait to see what Eviction night holds for the Pepper Dem gang.

Would you believe if we said Khafi didn’t make Gedoni’s top 5 finalists list? Well, thankfully, her name didn’t come up when he was asked to Nominate a Housemate for immediate Eviction. Quite an irony seeing the way Khafi chorused Gedoni’s name when asked the same question.

The common names in this list were – Mike, Ike, Tacha, Mercy…

When you look at what has happened so far between the two, you would naturally expect Frodd to get back at Esther. Not even after our man was assured revenge by the master planner gangster, Ike. Though we wanted to see how he would go about it, we never expected it to be at the Diary Session. He couldn’t even wait for Biggie to finish before Frodd mentioned Esther as his choice if he had the power to send a Housemate home. Could this be the revenge we anticipated?

Mercy, who has been a little reserved around Tacha since her return, surprised us with her pick in the Diary Room. Biggie asked the Housemates to choose anyone they would want Evicted if they had the privilege to decide that. Mercy did not only choose Tacha, but also called her a good person. Well, with the way almost all the Housemates have been talking about Tacha’s change of attitude since her return, we might want to overlook this gesture as a strategy.

The Pepper Dem gang are coming up with a new vibe that catches us off guard as to what their next moves will be. Thanks to the Diary Session, we would never have imagined Gedoni’s omission of Khafi’s name in his top finalists.

Video
Day 71: The final Diary Session – BBNaija
In their last Diary Session, the top six finalists share their joy and happiness about making it into the #BBNaija House all the way to the end of the Season. Catch more drama and more action from the #BBNaija House LIVE on DStv Channel 198.
Video
Day 69: The Chef making Task – BBNaija
The six BBNaija finalists put their cooking skills to the test as the Tribe Nigeria and Amazon farms Task gave them an unforgettable Kitchen experience.
News
The Top Five Finalists: What Has Changed?
Has anything changed about the Pepper Dem top five finalists? Check it out.
Video
Day 35: After The Eviction
In the wake of Jeff’s Eviction, the Pepper Dem Housemates had some interesting reactions on what went down during the Live Eviction Show