News
27 July 2019
Ike and Mercy had a mini gossip session this morning as they took us through gist as e dey hot in the Pepper Dem House.
Get DStv PREMIUM

It’s funny how the resident smooth criminal – Ike has successfully gotten away with two Bet9ja Coins theft. It’s either he’s too smooth for the rest of the Pepper Dem gang or too sneaky. Whatever the case may be, we’re loving the drama the Coins palava is bringing to the House.

In their conversation a.k.a gossip moment this morning, we overheard the Icy pair scheme their way through returning Esther’s missing Coins. They served us couple goals as we saw Mercy strategically plan the placement of the Coins, while Ike kept apologising for dragging her into the drama (Oh in case you missed it, Mercy was the actual Coins burglar).

What we find interesting is how they chatted in hush tones – as they shared a cup of tea.

The question now is – who is going to be their victim? Nelson, perhaps? We’ll find out.

Must be nice having a partner to play, scheme and fall in love with, right?

What's With The Khadoni Ship?

We’re not sure if this was an intended ‘battle of the greatest ship’, but during their gossip-bonding moment, Ike and Mercy did not mince words as they brought down Khafi and Gedoni’s situationship.

In Mercy’s words, “Gedoni is stressing Khafi with the way he has turned her into his personal housewife”. “She’s not even allowed to flirt or play around with other guys in the House”, she added. In response, Ike agreed and said he’s pretty sure Gedoni isn’t as interested as she is in their relationship.

While they brought down the walls of the Khadoni ship, Mercy did not fail to compare it with the Icy ship. Using the case of Khafi always cooking and serving Gedoni’s meals in the House, she told Ike – “I’m happy you always get to serve your food without waiting for me to do it for you”.

We’re not sure what the Icy pair are on about but we can’t wait to see how things unfold between the Pepper Dem resident couples. 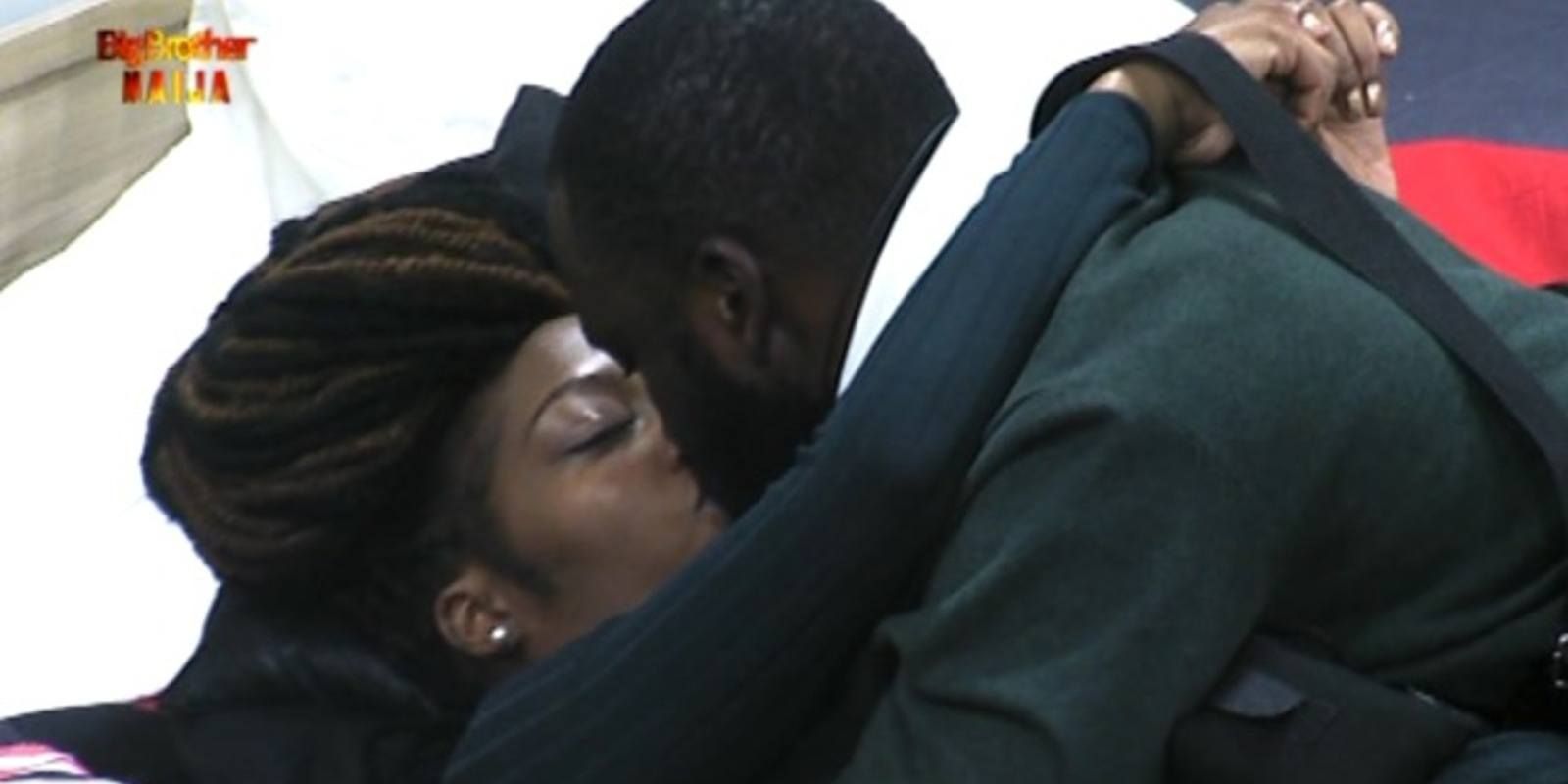 Mercy revealed that Seyi holds a grudge against Thelma which sprung up from their argument over who would take a shower first. According to Mercy, Seyi wants to bring Thelma down by blaming her for Esther’s missing Coins. Could this be as a result of their little beef?

Tacha, Seyi and Gedoni teased Frodd all morning with regards to his wrong selections for the map Task Biggie challenged them with yesterday. Frodd who was already feeling defeated after his argument with Jackye on the subject of the Arena Games, left the teasing trio to keep up with their jeering. 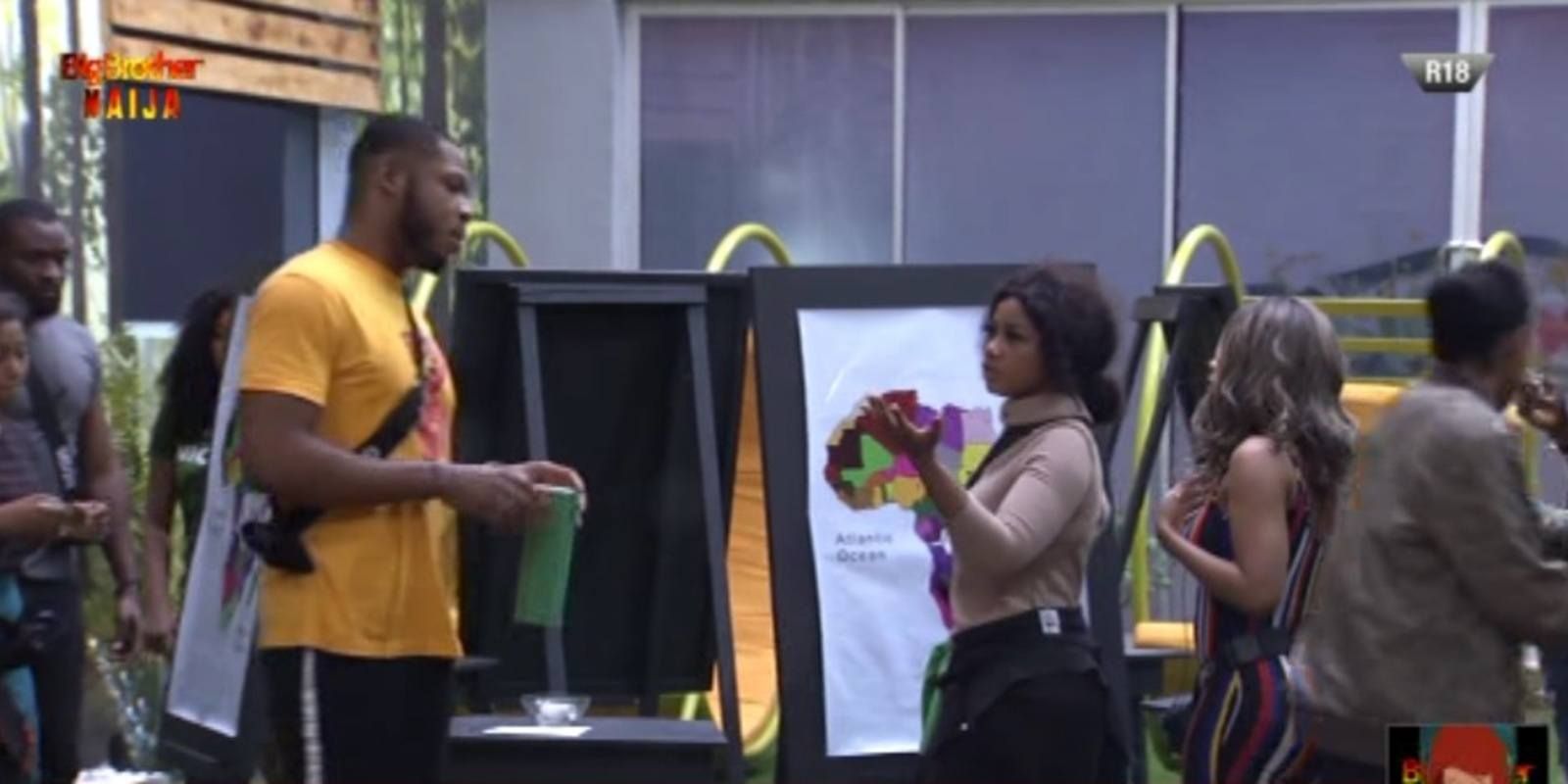 Is South Africa really located in the Northern region of Africa, Frodd?

We're looking forward to more entertaining 'gist' from the Pepper Dem gang as they let us into their world as Big Brother's guests.

Video
Day 57: Housemates spill the tea on Pere – BBNaija
Saga, Whitemoney and Nini gossip about Pere from his relationship with Maria to his friendship with Saga.
Video
Day 54: The tea about Emmanuel – BBNaija
Angel, Cross and Saskay gossip about Emmanuel's shady ways around the ladies as they reveal all the tea about his duplicity in his Emmarose ship. Cross is ready to start shining his eye moving on.
News
Role Playing With The Icy Pair
What do you say to the god of love? Today, please! The Icy pair have shown us that there’s more to them than the hugs and kisses they share in the House.
Video
Day 46: Counselling With The Icy Pair
With Esther being their relationship counsellor, Ike and Mercy disclose what goes down in their ship. From revealing their different love languages to getting reassuring words from each other, the Icy pair did not fail to tell it all.