Day 25: A Win For The Pepper Dem School

News
25 July 2019
In line with travelling back to the years of innocence, the Housemates had to take us back to school with their grand Task Presentation.
Get DStv PREMIUM

How well did they perform to successfully earn their weekly House allowance?

Let’s take a look at the proud students of the Pepper Dem High School:

The way he effortlessly led the Pepper Dem gang through a successful Task presentation was admirable. From his coordinated steps to the choice of words while addressing the Housemates, Sir Dee sure deserves this title. Well, he led them to their second Wager win. Well done, Sir Dee!

He earned this crown when he displayed his humourous side during the portrait presentation – his gesticulations... oh and that painting of Tacha? Seyi definitely is the class clown. See for yourself: 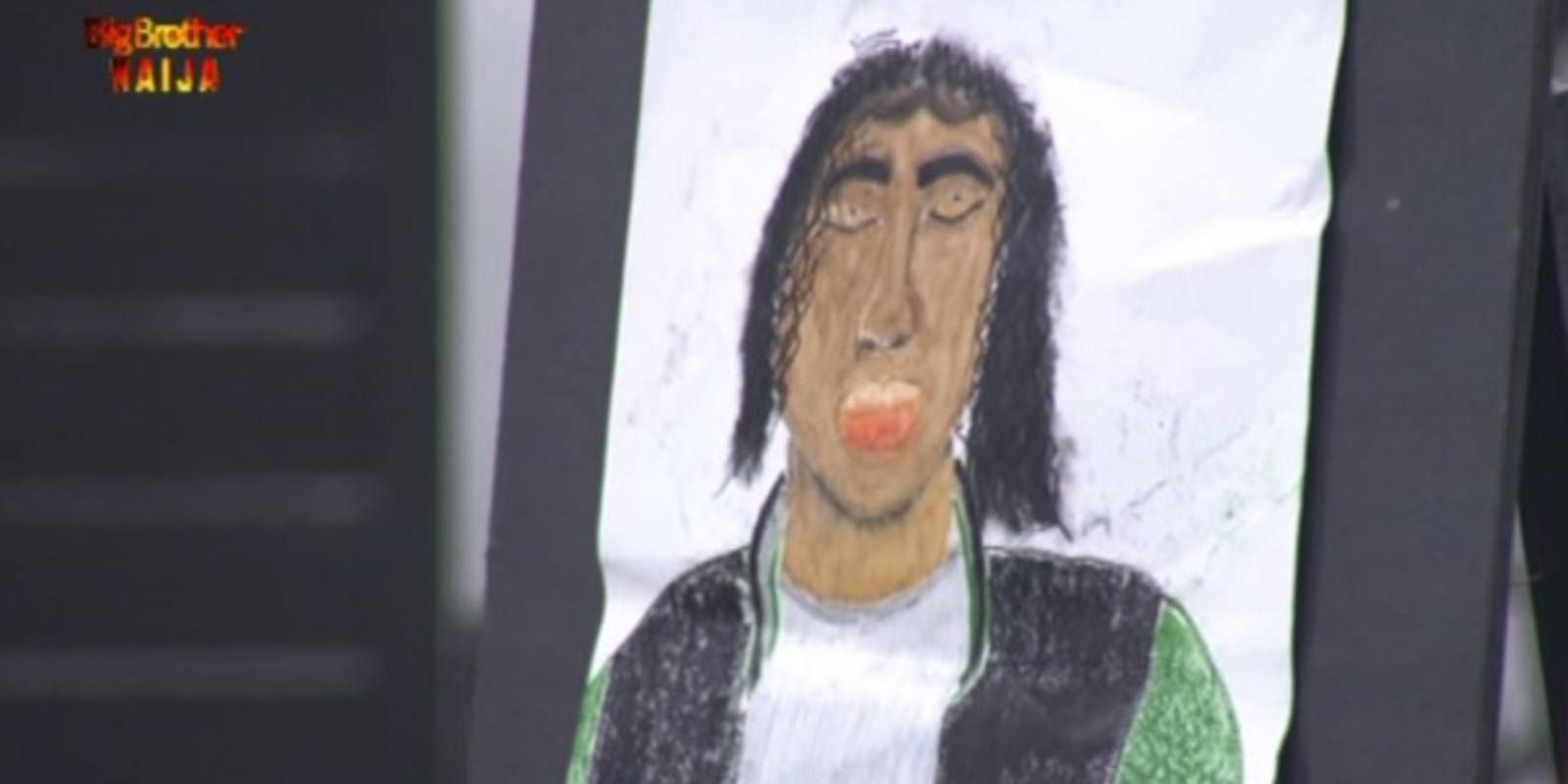 Quiet As A Mouse

Besides his few words during the presentation of the art portraits, we barely remember having Gedoni as a student of the Pepper Dem School. Oh well, we know who would always be missing from the names of noisemakers list. 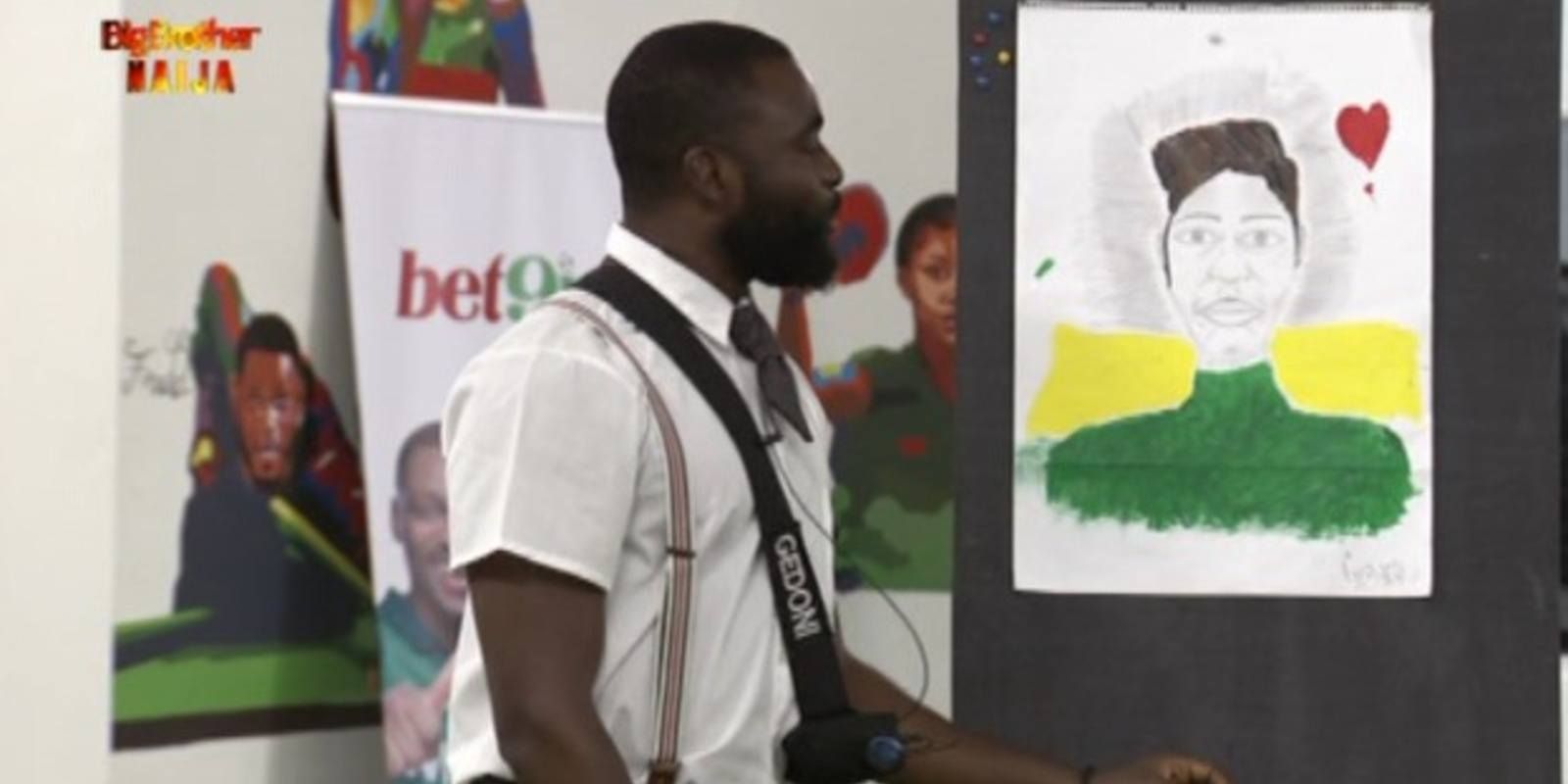 The One Who's Involved In Everything

She was evidently involved in the Thursday Task presentation. As she thoroughly explained her painted portrait of Gedoni and her role as the host in their debate session, Khafi got her hands filled with every activity on the Task menu. Go Khafi! 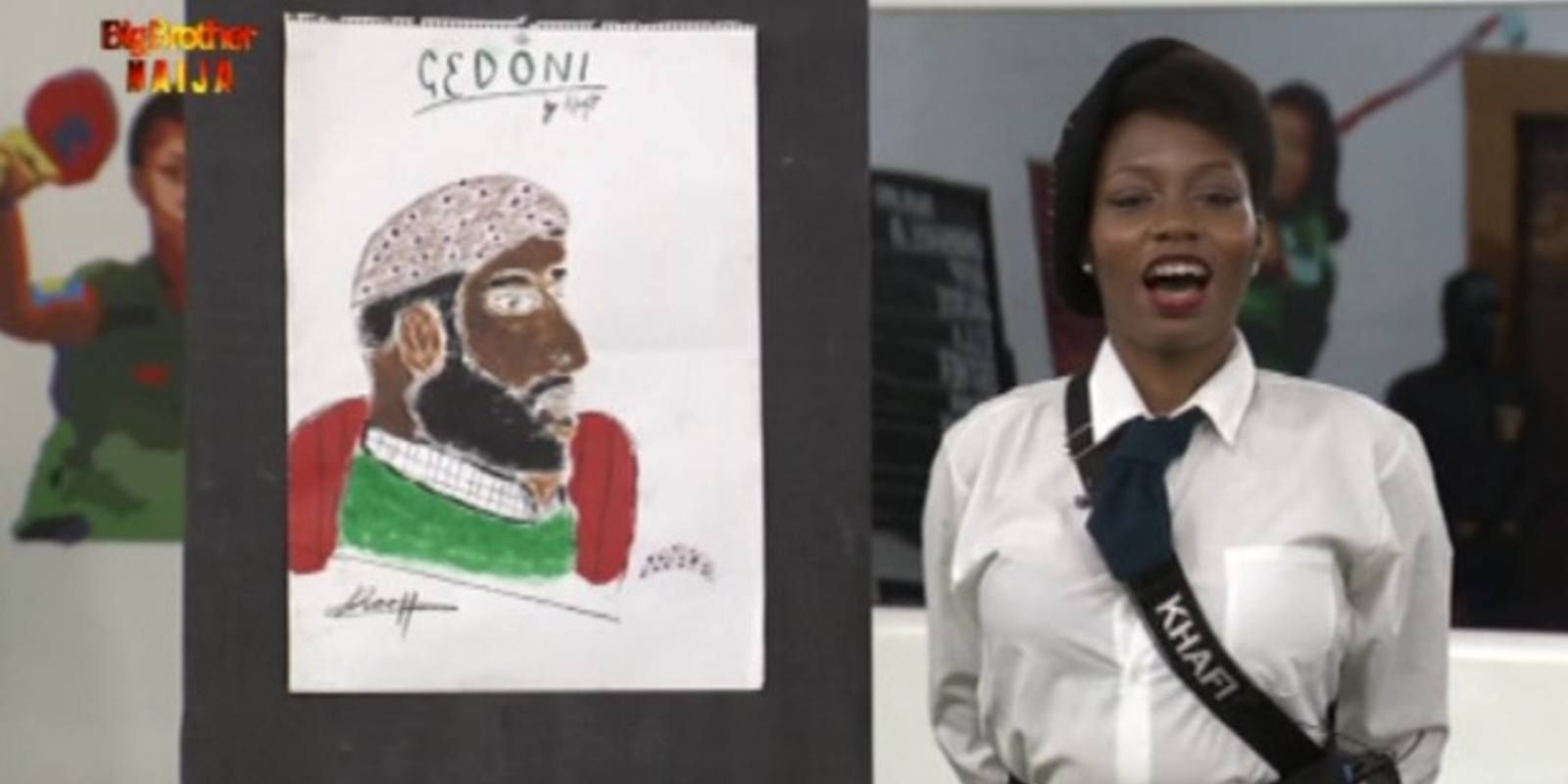 The One That Never Comes Prepared

How else do we describe one who presents a stick image of his fellow Housemate? Frodd won a point for the award when he was seen looking for his portrait drawing when other Housemates were already seated at the Arena for the presentation. We reckon he hurriedly came up with this… 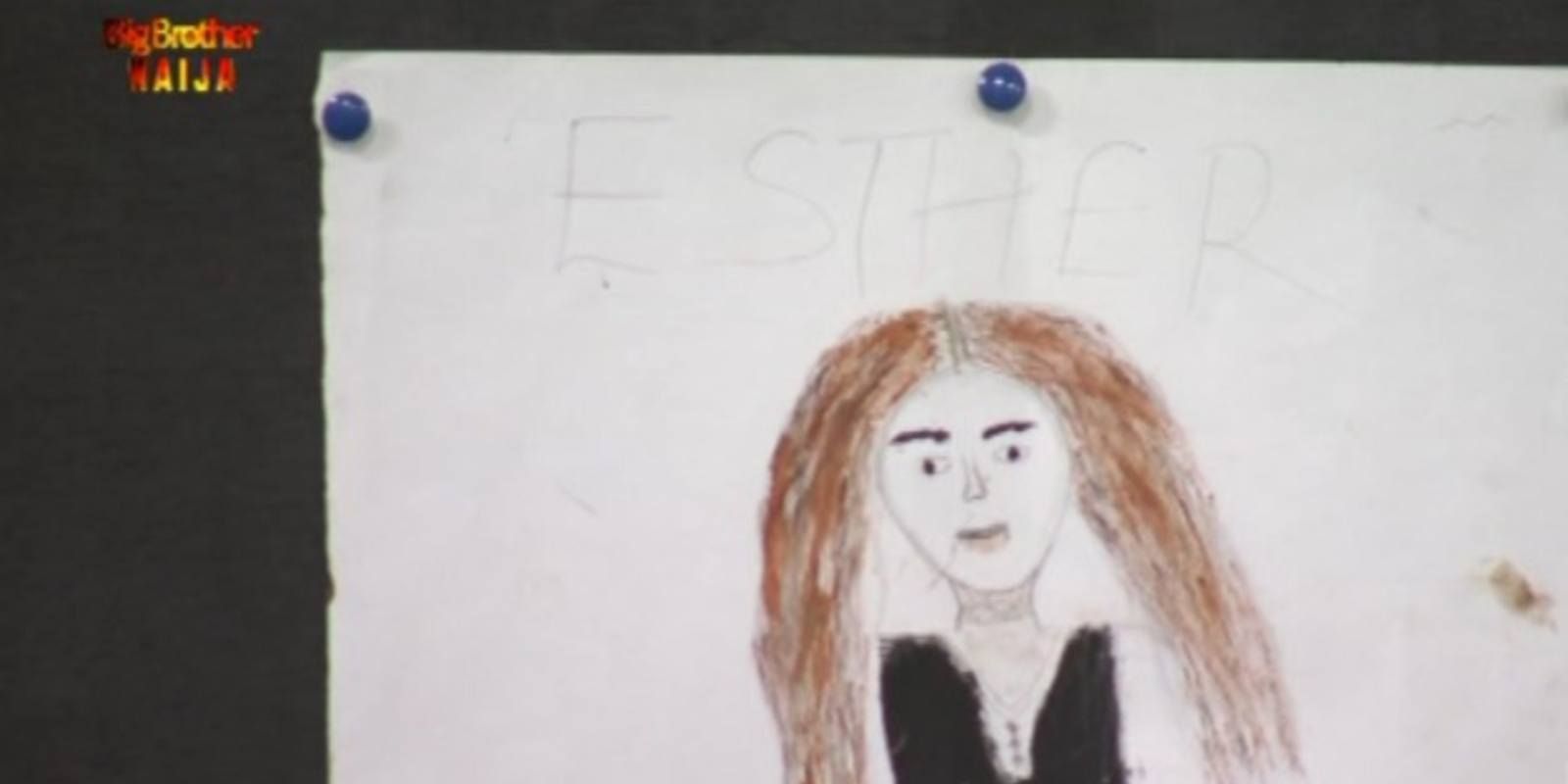 We’re not sure if it’s the innocent face or how she smoothly breezed through the three stages of tonight’s presentation, but Jackye was able to wow her fellow Housemates as well as the audience with her presentation.

Most Likely To Succeed

It was no struggle putting Esther on this list as she was actively involved in the winning team for the debate session. Her portrait painting of Frodd could easily pass as a win too right?

Undoubtedly, Nelson earned this award when his portrait drawing of Sir Dee was displayed during the presentation. Do you agree?

Without trying so hard, the Icey pair won this award when they graciously walked on the stage to present their portraits of each other. While they playfully described each other’s attributes, Ike and Mercy did not fail to mention what they found attractive about each other. Oh did we mention the couple goals they dished out as they kept blushing and whispering to each other? 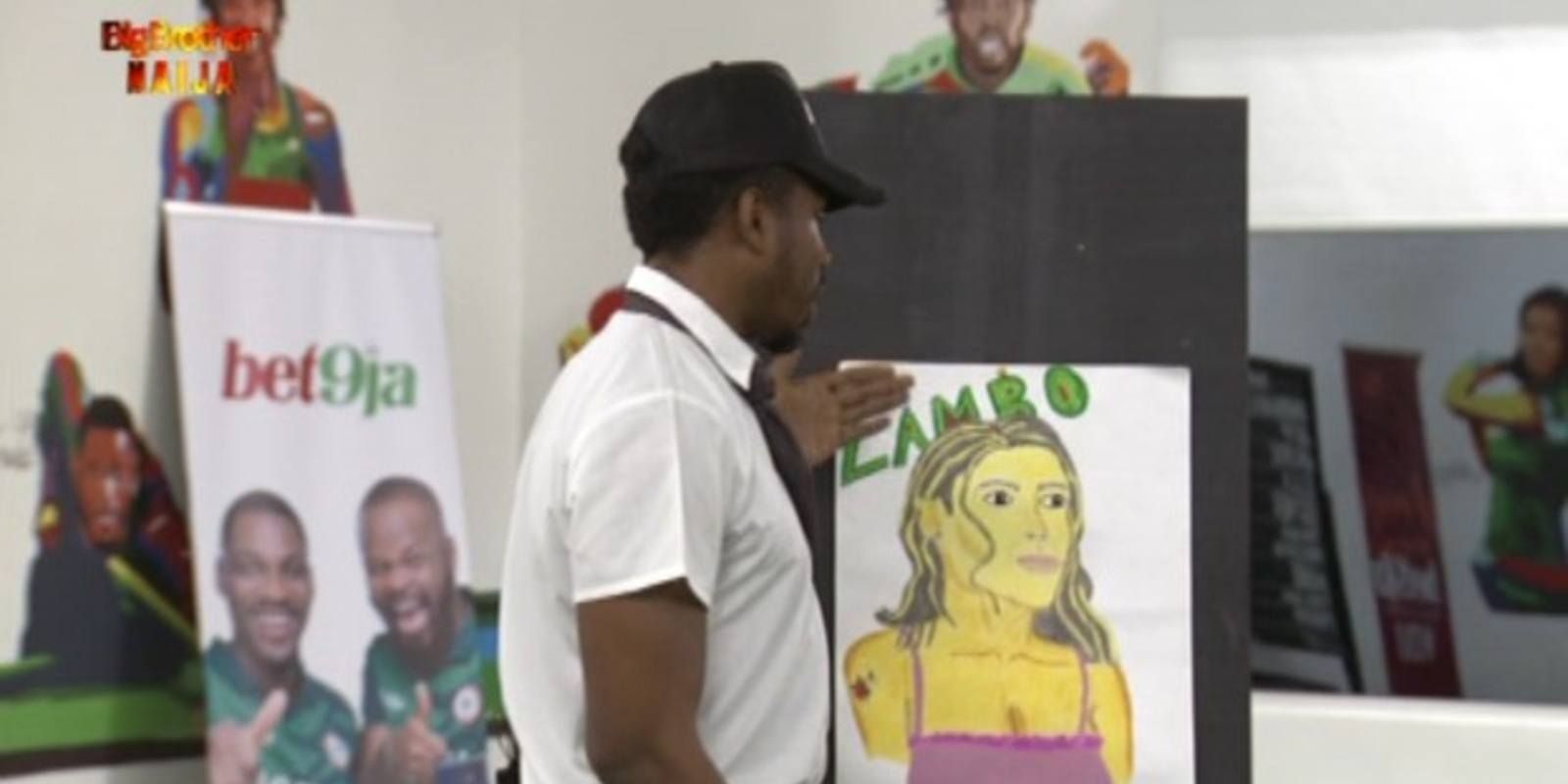 Tacha graced the Arena with her makeup on fleek and her hair looking sleek. It was no surprise when Seyi described her as the feisty, beautiful kid in the Pepper Dem school. Here’s what we mean

With her perfectly tucked-in-shirt and her courteous steps during her debate session, Diane showed us why she would have made a great school prefect in high school. 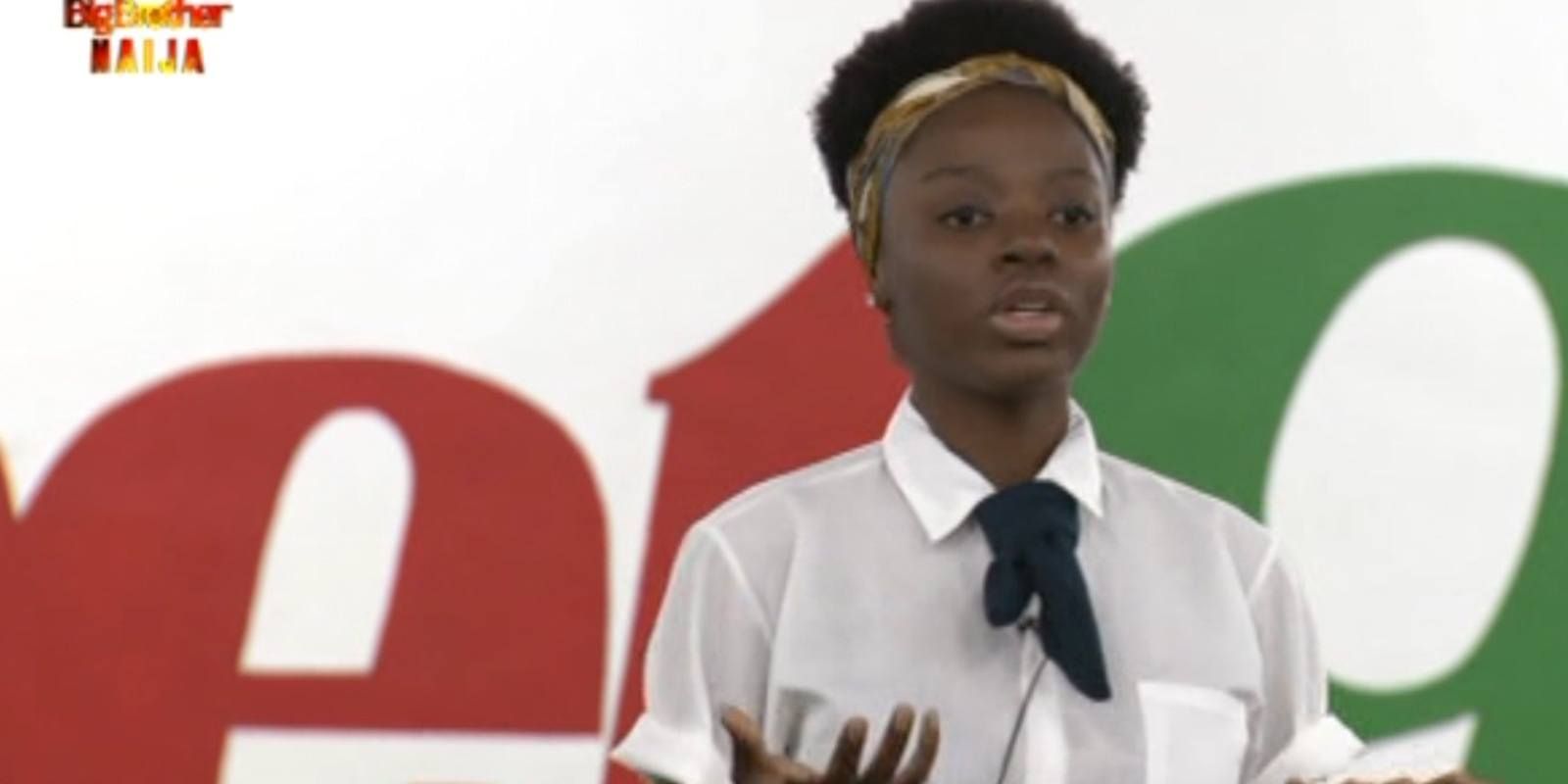 The Socialite – Who raps through a debate session? Mike! It’s funny how he was the only Housemate that sang through the entire presentation as he brought out the fun in the Task. From the way he presented his portrait of Jackye to when he presented some back to school games, Mike kept us entertained. 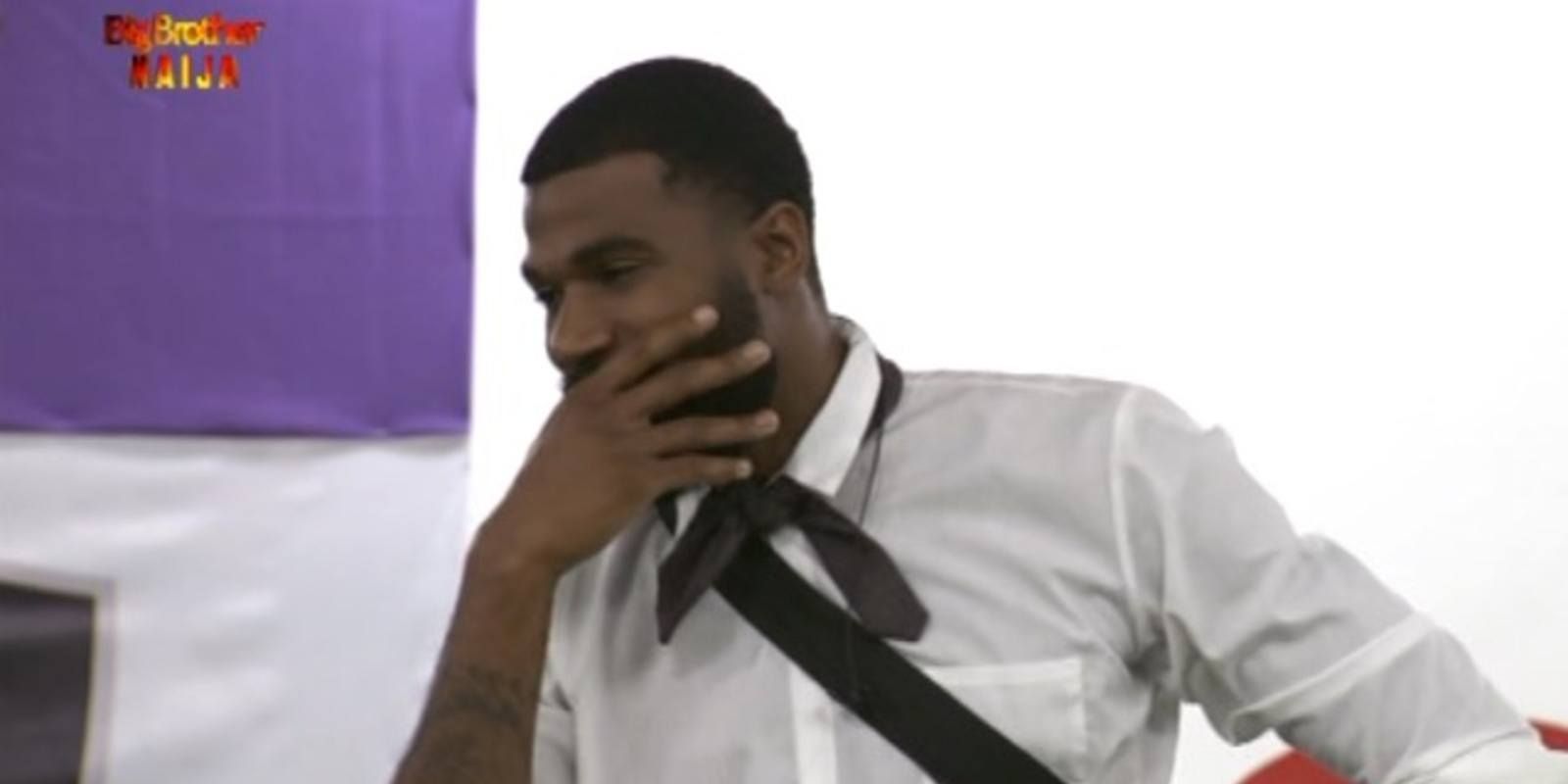 The One Who Daydreams

Thelma received this title when she went on and on about her portrait of Diane. In her words, the painting was great and well-deserving of the muse. Really, Thelma? 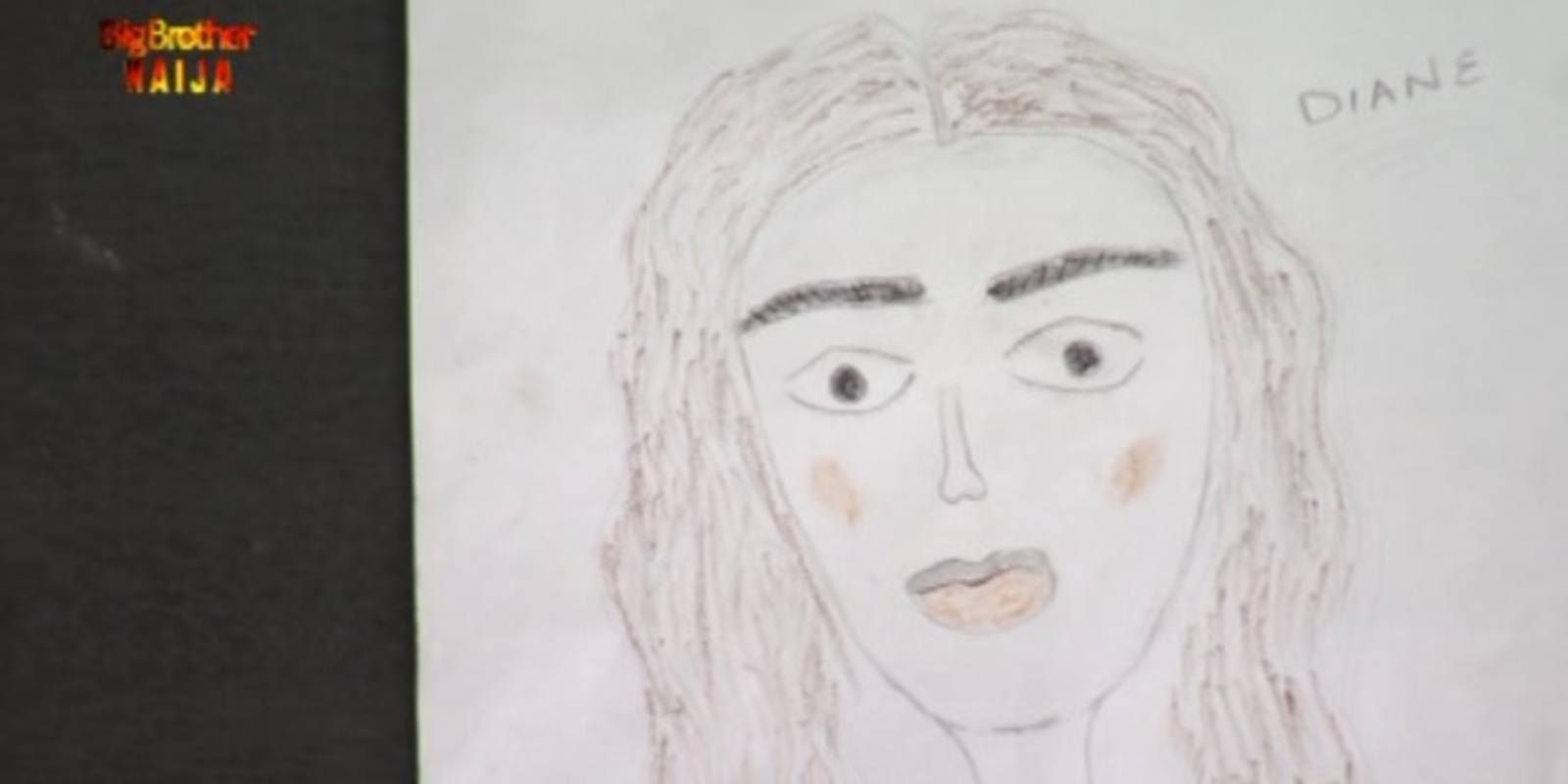 The Sage – It was hard trying to find strands of white hair on Jeff’s head but without wasting much of our time, he showed us why his fellow Housemates refer to him as the wise one. We reckon you agree too. 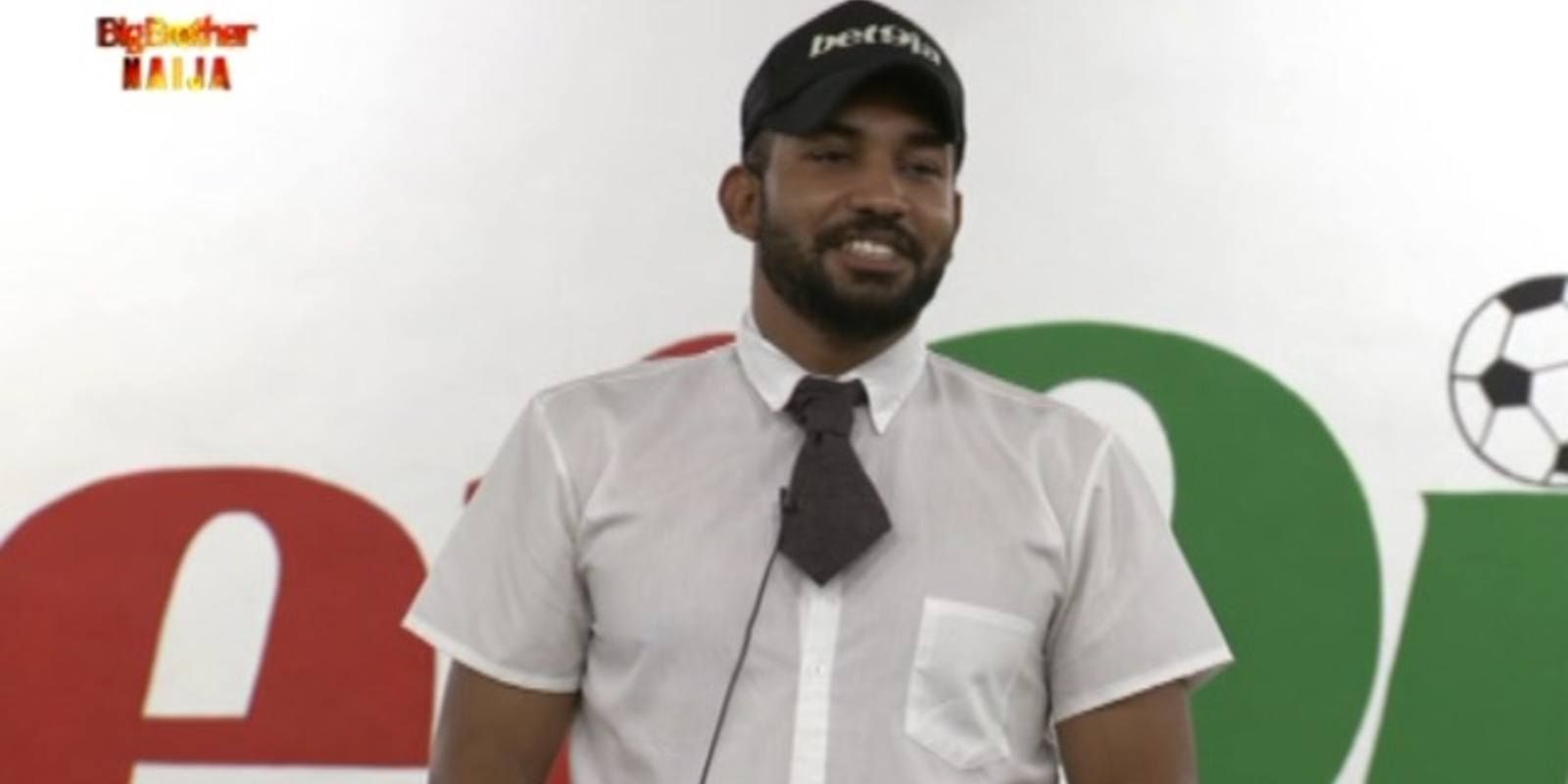 It was no surprise seeing Omashola pace up and down the Arena while his Task Presentation went on. As he explained the reason behind his hilarious painting of Jeff, he didn’t fail to entertain us with his dramatic expressions. 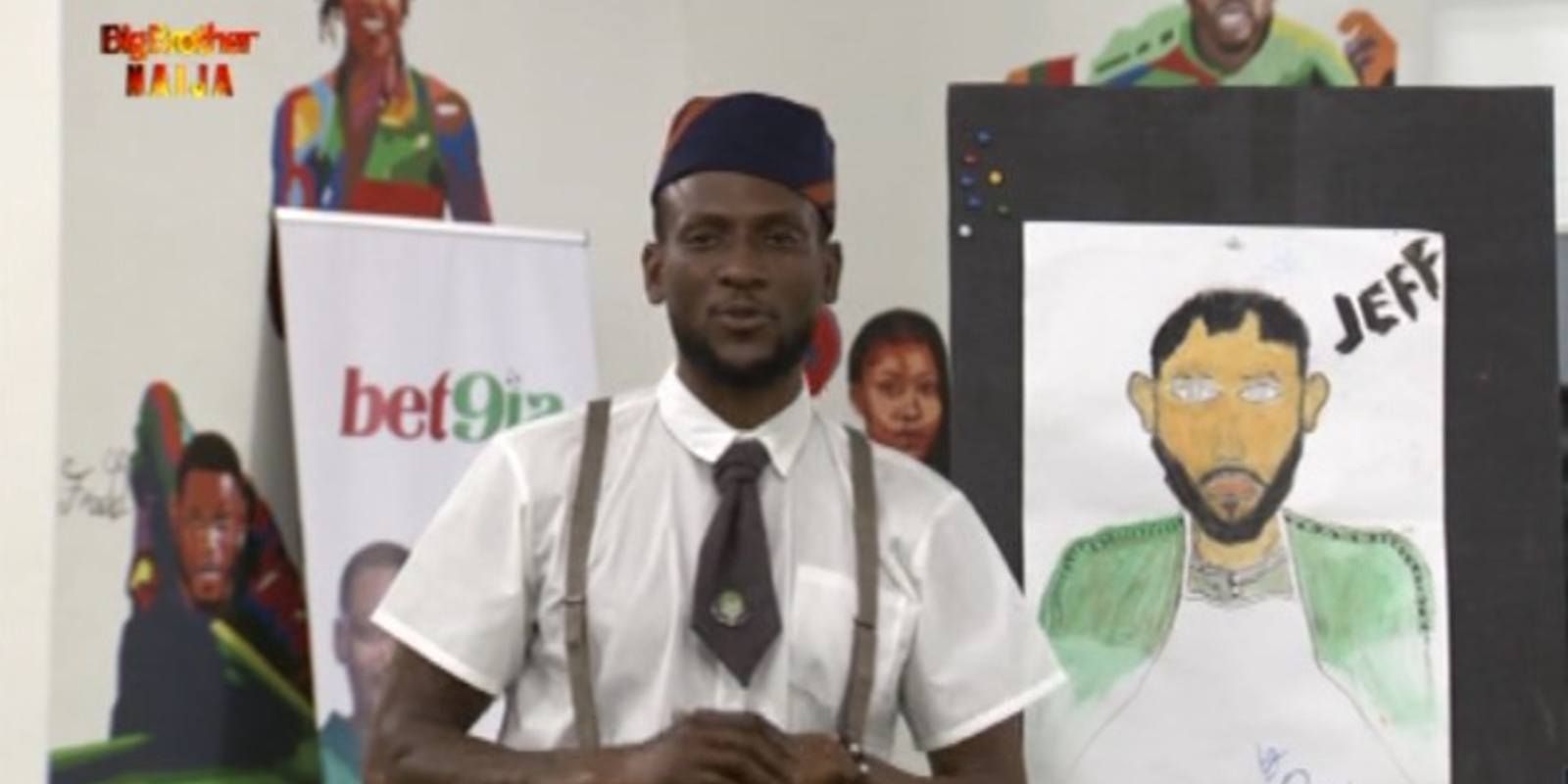 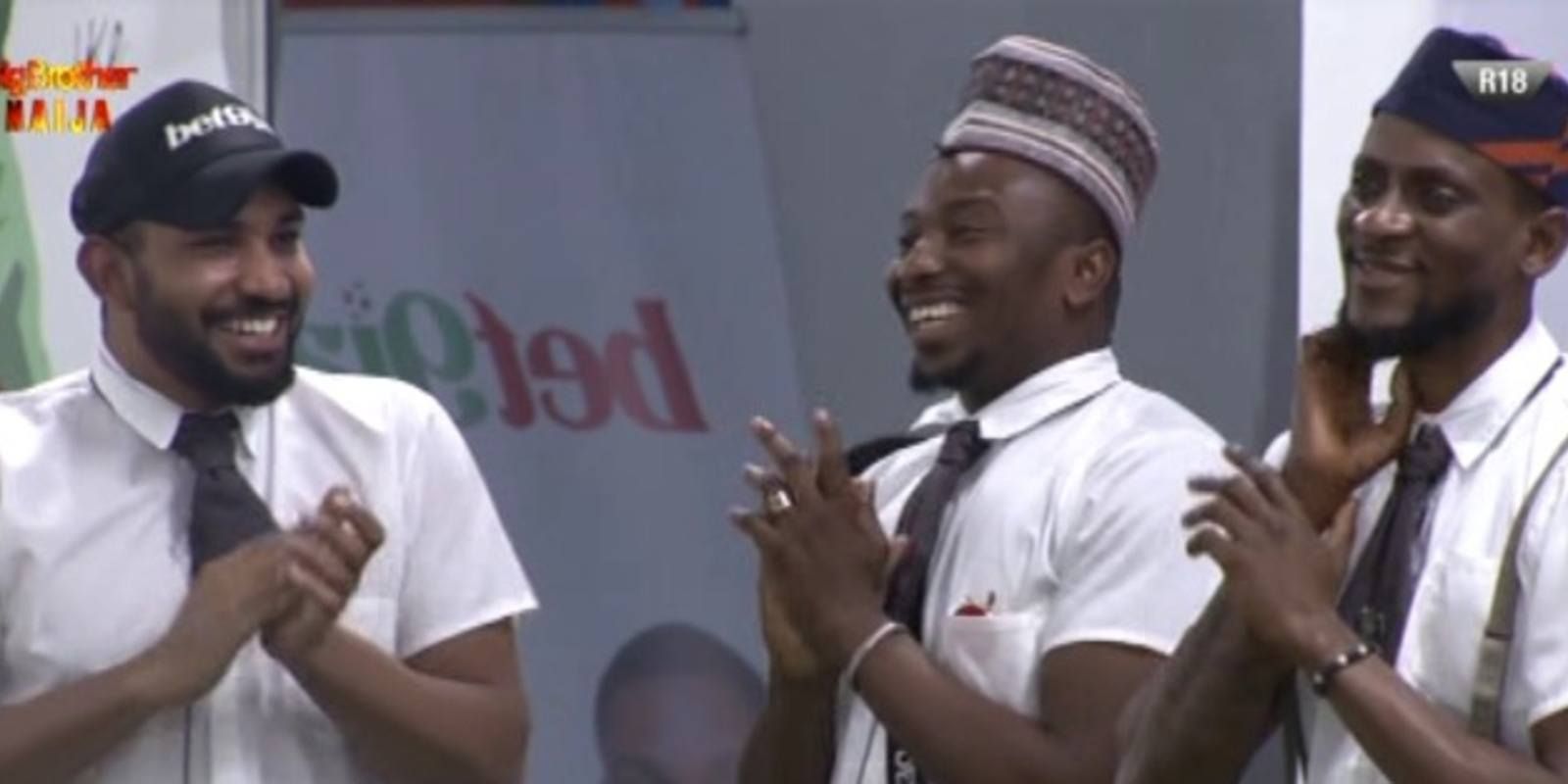 It may seem as though the Housemates have been bitten by the winning forces as this is their second Wager win in a row. We reckon they did well this week without a Head of House. Could this be a winning factor for them this week? We’ll find out.

Video
Finale: Whitemoney wins Season 6! – BBNaija
After 10 weeks of living and coexisting with 25 other Housemates, Whitemone emerged the winner of the Shine Ya Eye Season.
News
Day 70: A win and treats – BBNaija
What better way to wake up than with money in the bank and delicious breakfast?
Video
Day 71: Wrap Up – A Win And The Unexpected Pepper Dem: Big Brother
The day wrapped up with Cindy becoming the HoH and Seyi Replaced by Omashola during the Nomination.
News
The Pepper Dem Gang's Moments Of Excitement
Check out the times the Pepper Dem Gang were super excited in the Big Brother Naija House.