News
24 July 2019
The return of Seyi and Tacha was met with surprises and celebrations.
Get DStv PREMIUM

News of a possible celebrity guest in Biggie’s House had our Pepper Dem Gang filled with excitement! It was going to be their first guest in the House, how could they not be thrilled!

They instantly started to plan the best ways to impress their “special” guests. You know how the saying goes, first impressions count, especially if the guest could turn out to be Don Jazzy as Jeff and Khafi speculated. What would they not do to give their guests a befitting welcome? While some of them stormed the kitchen acing their culinary skills, others tidied up the House.

Imagine spending time prepping for some guests you’re so much looking forward to receiving, only to realise that they are people you had hoped to have said your final goodbyes to. Tacha and Seyi were met with loud and joyous screams but it was a case of when your face betrays you for a lot of the Housemates. 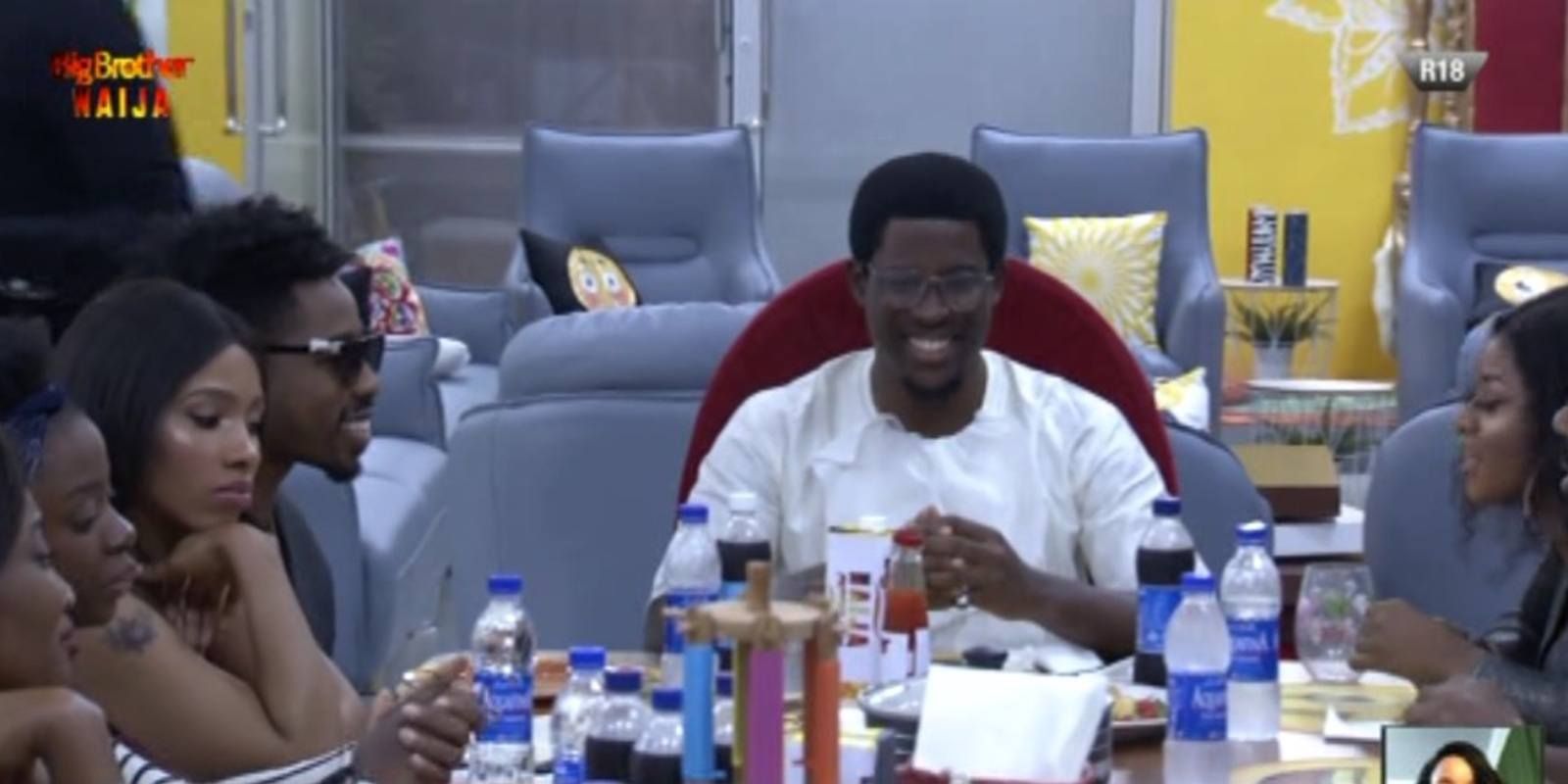 With all the smiles flashing about, it’s kind of hard to tell who had a second thought about this return. But our roving eyes caught Thelma, Esther, and Diane who had to hug Seyi first before recognising Tacha. Or maybe they just didn’t know. Even Ike’s hug was a brief one. Wait a minute, weren’t Frodd and Jeff in the room when their distinguished visitors entered? They seemed to have disappeared amidst the other Housemates who were eager to catch a glimpse of the guests.

For Mercy, it was as if the dead had risen. She quickly became a classic case of if looks could kill when she laid her eyes on Tacha. How about Sir Dee, Nelson, and Gedoni? We tried to find out which one of these appeared the most excited, but we couldn’t.  The real motive behind those broad, flashy smiles could not really be determined. 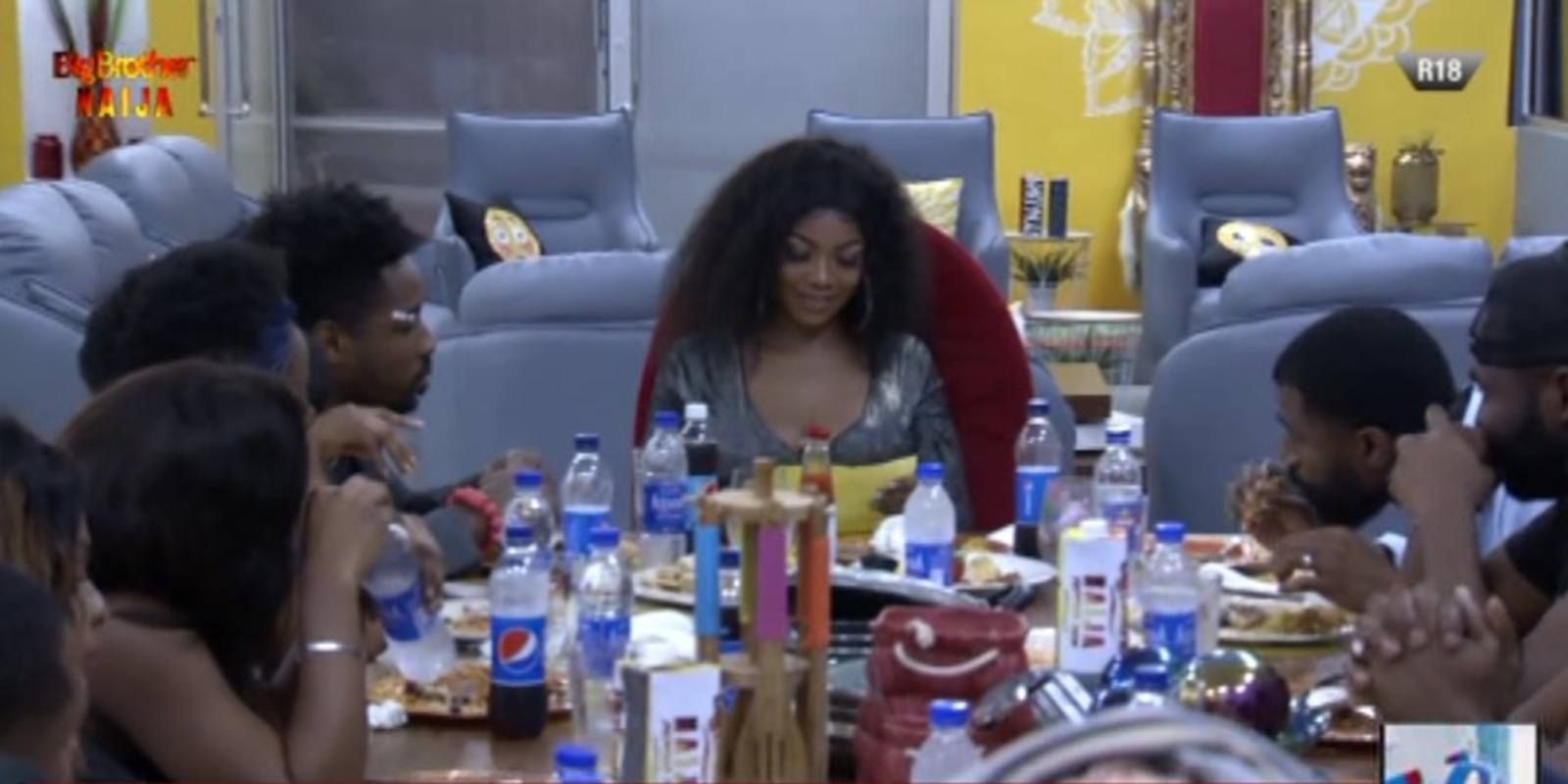 After enjoying the reunion meal, Tacha and Seyi read a letter addressing each of the Housemates. Seyi managed to deliver his with just enough diplomacy and a touch of spice. But Tacha did not hold back. In true Port Harcourt’s first lady style, she was frank, brief and even went in for Jackye.  “You are you,” she asserted, with just enough spice in her tone.

With Tacha and Seyi’s return, will it be business as usual in the House? Or will anybody take back what they had said before the second coming?

Video
The geng is back – BBNaija
After months of being out of Biggie's House, the Shine Ya Eye Housemates return for what promises to be a spectacular reunion.
News
Big Brother Naija Returns For Seventh Season
Don’t sleep on fame as the online auditions open.
Video
Day 34: Love, Focus And Anger
The Pepper Dem gang tell us if it is possible to find love, lose focus and manage one’s temper in Biggie’s House.
Video
Day 32: A Basketful Of Wishes
Watch the Pepper Dem gang talk about their wishes in their Diary Room session with Big Brother.