Day 23: Tales From The Drinking Game

News
23 July 2019
We’re not sure if it’s the result of several shots of alcohol or the flying emotions in the House but the Pepper Dem gang got up to a fiery drinking game – or what they termed as a truth or dare session.
Get DStv PREMIUM 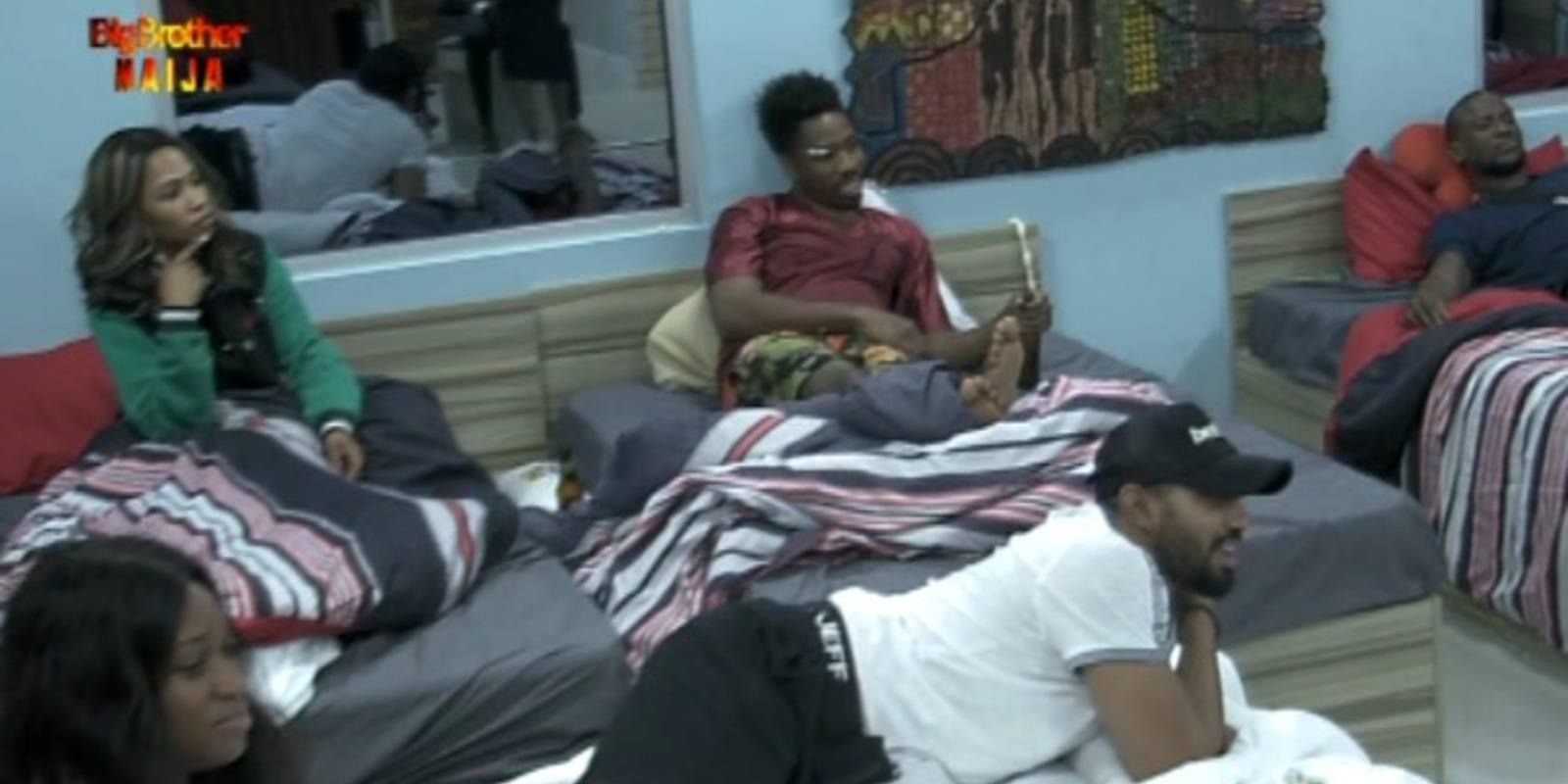 Frodd finally got to address the love triangle between himself, Esther and Nelson, but this wasn’t before he got a peck on the lips and a lap dance from Esther – all thanks to the truth or dare game.

When asked, Esther replied, “I’m nobody’s girl.”  After which she walked out of the room.

As the other Housemates were heard snoring in the room, Esther and Nelson were seen having cuddling sessions, while discussing all that transpired in the truth or dare game. Is it safe to say Esther already has her heart captured by Nelson? What then happens to Frodd?

In line with the situationships in the House, Mercy asked Khafi how she felt when she found out that Gedoni once liked her (Mercy) prior to the creation of the Khadoni ship. It was of no surprise when Khafi’s mood went down down-hill after the question. Although, she covered it up by saying Gedoni already confessed it to her even before the romance between them kicked off.

The drinking game revealed Nelson’s feelings for Esther which was exposed when he said he has only liked two ladies in the House – Diane and Esther.

Remember when Diane admitted her feelings to Nelson, well it may seem as though this isn’t the case anymore. Upon hearing this revelation, Diane told Mercy that she was glad to be out of the love triangle.

Of course, the pairs in the House were not exempted from the drinking game escapades – which left Mercy with blushed cheeks as she heard Ike confess his genuine feelings for her to Diane. In his words, “It's not a game and I didn’t settle for her. I really like her”.

Video
Who blocked who? – BBNaija
Whitemoney and Queen explain the miscommunication that prevented them from shipping after leaving Biggie’s House.
Video
Arin and Nini's fiasco – BBNaija
Both ladies address the altercation that started brewing right from the moment they exited the House. An altercation that questions the true state of their friendship.
Video
Day 30: Tales From The Past
While waiting for tools to prepare for the Thursday Night Presentation, Housemates have been asked to come up with fictitious love stories from the 50s.
News
Day 68: Sore Tales
Team Legends mourn their loss to Team Enigma in another Wager Task.