News
22 July 2019
Just as they recover from last night’s fiery Eviction, the Pepper Dem gang are faced with the biggest Nomination shock.
Get DStv PREMIUM

One-by-one, the Housemates strolled into the Diary Room to make their Nominations. Following the competitive spirit birthed from back-to-back Evictions in the House, the Pepper Dem gang laid down the names of two Housemates they wanted up for Eviction. Well, in Frodd’s case he Nominated Nelson for personal reasons, perhaps?

In the past, we've had the case of the Housemates trying so hard not to offend their fellow Housemates’ fans and in doing so, ended up Nominating the Veto Power Holder - just so the burden of Nomination is put on the VPH during the ‘Save and Replace’ process. However, following how Seyi flipped this strategy and ended up getting ‘Evicted’ due to being strategically Nominated, the Pepper Dem gang got enveloped with guilt and were forced to Nominate fairly.

Here's how the Housemates Nominated:

Psyche! No Nominations this week!

A Reward for Disobedience

Biggie being who he is, did not fail to show his sense of humour as he ‘gifted’ the Housemates by putting them all up for Nomination - for being naughty all through their stay in his House. In essence, they were rewarded for all the times they failed to participate in the morning exercises, the times they talked in hush tones and of course, those annoying days they were being reminded to have their microphones on when talking at all times.

As a reward for constantly flouting Biggie’s rules, the whole House is up for Nominations this week and at least one Housemate will be Evicted on Sunday during the Live Eviction show. (Yes, the fake Evicted Housemates are not left out). 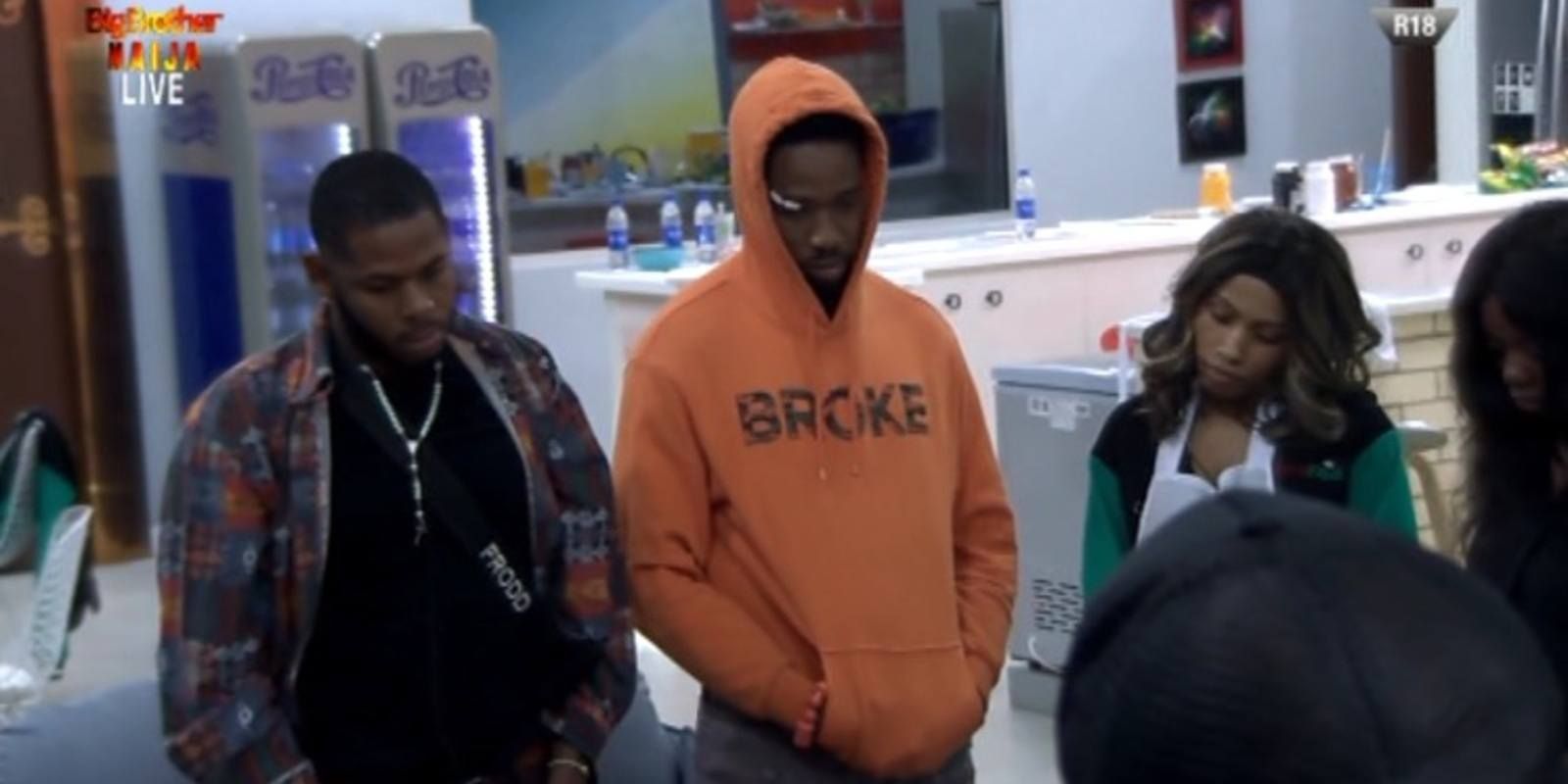 No Luck for Khafi

Remember when Khafi celebrated her title as this week’s Veto Power Holder? Well, since the whole House is Nominated this week, there will be no need to perform a ‘Save and Replace’. Clearly, there is no Housemate that will be needing any ‘Saving’ this week as they are all facing the Eviction torture.

For this reason, her Veto Power is terminated. Better luck next week, Khafi.

How will the surprise Nomination affect the dynamics in the House this week, seeing that no Housemate is safe from the hands of Eviction?

News
Day 43: Our expectations for tonight's Live Eviction Show – BBNaija
We expect a lot from tonight's BBNaija Live Eviction Show, but we were able to trim it down to four.
Video
BBNaija Gist: Ebuka chats to Evicted Jaypaul – BBNaija
One day after leaving the Big Brother House, Jaypaul has his exit interview with Ebuka who wants to know how Jaypaul experienced his 50 days in the House, and a whole lot else.
News
The Pepper Dem Gang's Moments Of Excitement
Check out the times the Pepper Dem Gang were super excited in the Big Brother Naija House.
News
The Pepper Dem Gang as Animals in a Fable
We can imagine how interesting it will be if the Pepper Dem gang were fable characters.