News
13 February 2017
By the end of the  Live Nominations Show, a sombre mood fell over the House as Biggie had told them the names of the Housemates up for possible Evictions
Subscribe to Watch

By the end of the  Live Nominations Show, a sombre mood fell over the House as Biggie had told them the names of the Housemates up for possible Evictions. The Housemates pooled into different mini cliques as they all tried to come to terms with the fact that by the end of the week, another familiar face would be Evicted from the House.

Gifty seemed the most hard hit of the three Nominated Housemates as she wrapped herself up in a blanket and curled up on the couch, and she subsequently told Uriel and TBoss a sad story about her growing up years.

ThinTallTony seemed unaffected as he went about his business in his same old fashion.

Marvis, who HoH Ese had put up for possible Eviction in place of the initial Nominated Housemate TBoss, went straight to bed.

But after the Diary sessions, and the subsequent announcement by Biggie about the store room being opened, the sight of the shopping bags bearing all the food stuff they had ordered seemed to throw some life and animation back into the Housemates as they all converged in the kitchen for some late night chow. 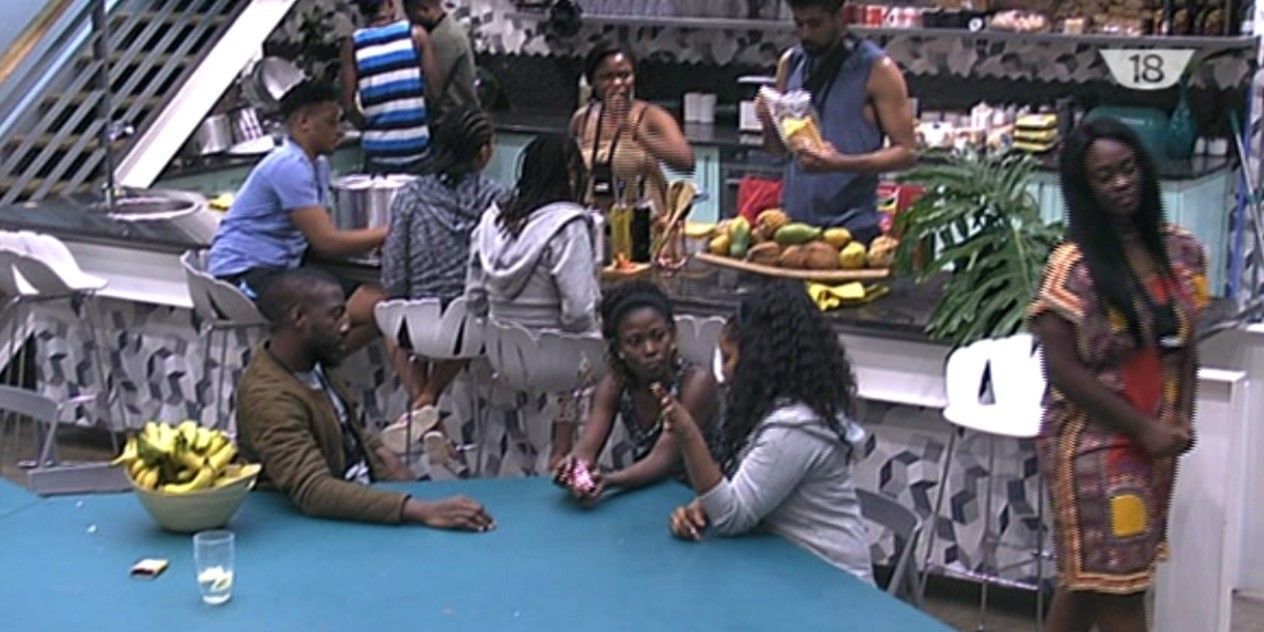 A new day dawns, and the clock which was reset at the last Evictions Show has started ticking again, and only a matter of time before another Housemate is Evicted.

Video
Day 22: Phyna and Groovy get cozy – BBNaija
Phyna and Groovy get into a little private time under the duvet just a day after he confessed to having feelings for Chomzy.
Video
Day 22: Eviction Diary sessions – BBNaija
Nominated Housemates chat to Biggie about relationships they’d maintain out the House should they get Evicted this Sunday.
News
Day 22: Peace wins Eva Soap Task – BBNaija
A day of diaper wearing and life lessons about reclaiming beauty has made the BBNaija Housemates a few bucks richer.
Video
Day 22: Hairy tales – BBNaija
Nini educates Saga on the qualities of real human hair versus the synthetic stuff. It's more complicated than some of us – including Saga – thought.