News
24 January 2017
While Uriel performed in the Diary Room, Biggie sent Bisola to the Party Room to start Uriel's surprise party and Biggie sets a new Task
Subscribe to Watch

Uriel had an eventful day which began at midnight with the Housemates raucously singing Happy birthday to her. However, she woke up in a mood which was not lost on some, and it was fitting that Biggie sent Bisola to the party room to do his bidding. He gave her a secret Task to do when Uriel went into the Diary Room for her daily confessional with Biggie. Bisola had to go and get everything that was in the Party Room and take it into the House where there was alcohol and more cake for Uriel's birthday party.

Uriel had had an emotional day and was crying her heart out in the Diary Room saying that she had the "Birthday Blues"and that Kemen had upset her earlier. She disconsolately walked back to the House where she was completely surprised by the party that Biggie and the Housemates had set up for her. Her mood changed immediately, dancing and singing along with her fellow Housemates. The cake was cut and shared and the drink flowed as she forgot her sadness for a while and finally enjoyed herself. 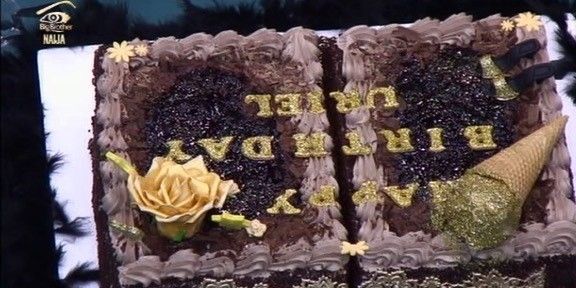 In the middle of all the celebrations, Biggie called Uriel back to the Diary Room as she was Head of House and Biggie had a new Task for the Housemates. Biggie set them a new Task to work in their pairs to compose a new song in a traditional Nigerian language of their choice. One partner would have to sing the song in Nigerian while the other one would have to translate it into English. Afterwards they would also have to sing it in the translated English with no Pigeon english allowed. To add further pressure on Uriel, Biggie said that she was in charge of the latest Task to ensure that everything ran smoothly.

With such a rollercoaster of a day, how will Uriel handle the rest of the week as Head of House, will she be able to keep her emotions at bay and survive the week as she appeared, at times, to not be able to handle all the pressure in the House. 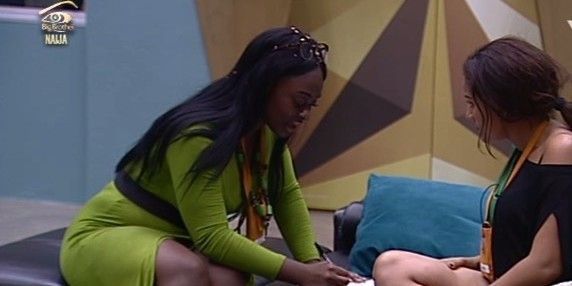 Video
Eight events for 8th Edition – AMVCA 8
The Eight Edition of the Africa Magic Viewers’ Choice is going big with an eight-day plan lineup. Starting on 7 May 2022, the AMVCAs will host an Opening Night Gala, Runway Show, Young Filmmakers’ Day, Content Market Workshop, digital Content Creators’ Brunch, A Celebration of Africa’s Diversity; followed by the Nominees Gala, and lastly the BIG DAY, Awards Night on 14 May. The Eighth Edition of the AMVCAs is brought to you by Africa Magic in association with Multichoice and proudly sponsored by Amstel Malta.
Video
It all falls down – Unmarried
A birthday party crumbles, a marriage is on the verge of dissolution and the abuse continues.
News
Day 53: Gist And Birthday Prank
Task or not, the Pepper Dem Gang never failed to entertain us with their gist and birthday surprises.
Video
Birthday celebration for Chris – Ultimate Love
The Love Guests got together to mark Chris' birthday in the most spectacular fashion.