Biggie wanted to know a few things from the Housemates in todays Diary Sessions. Mosat of the housemates were happy with their partners in response to Biggie's questions and most thought that they would do well in the rest of the Tasks. Biggie also wanted to know who the Housemates trusted most and who they trusted least, Miyonse immediately said that "No-one can be trusted" even though he felt that he was getting on with everyone. Most of the Housemates felt that they were still getting to know everyone first before they could trust anyone. 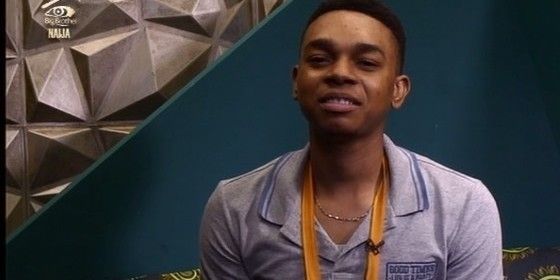 Kemen admitted that he fancied TBoss but was wary of losing her to Miyonse. On the "Don't touch task" everyone was impressed with birthday girl, Uriel for being selfless with the decision she made, earning a lot of respect from her fellow Housemates. Soma said that "I think she is a very nice person" while some felt that she was a bit militaristic in her approach to being HoH. Others felt that she could have organised their time better during the Task whuich would have made them do better. with Soma saying "If she had gingered us we would have done well" while Kemen saluted her courage.

Biggie also wanted to know if there was any romance happening in the house with Bisola feeling that Miyonse and TBoss' flirtation being on teh surface but she felt that Soma was drawn to Gifty. ThinTallTony offered to give everyone a massage as he felt that everyone was sore from the previous nights exercise which made the morning's fintess workout session hard for everyone, especially TBoss. CoCoIce felt that she needed to work more on her abs.Uriel seemed miserable and spent most of her Diary Room session complaining, sompletely unaware that Bisola had been given another secret Task to wait for Uriel to get into the Diary room where she was to go to the Party room and get everything out of there and take them into the House and prepare for her to come out and to give her a surprise party. Uriel burst out into tears as she confessed to Biggie that Kemen had been annoying her along with others in the House. She did confess to having the Birthday Blues, "Ï have to put myself first if I am to make it far in this house"

Everyone was united, though on one issue: the microwave seemed to be a problem for all of the Housemates.

Video
Day 2: First Diary Session – BBNaija
It's the second day in Biggie's House and the housemates took to the Diary Room for a one-on-one with Biggie to talk about their excitement, crushes and more. This Diary Room heard it all from vibes to possible wild cards.
Video
Day 38: So many feelings – BBNaija
The Housemates had plenty of emotions to share today in the Diary Room. The general feeling is great but the heat of the game has been turned up a notch!
News
The Diary Room: The Hottest Spot In Biggie’s House
We get to see the funny, emotional and down right dramatic in Biggie's Diary Room.
News
Day 38: Emotional concoction in the Diary Room – BBNaija
Their heads are in the game, but the emotional roller coaster continues.