News
07 August 2020
The Housemates gather for another round of Betway Arena Games, and Ozo takes the prize.
Subscribe to Watch
SUBSCRIBE TO WATCH

Last weeks Betway Arena games gave us our first winner. Praise became the first winner of the Arena games, and the only Housemate to actually complete the Challenge in the season to that point.

Tonight, we watched as the beloved Head of House, Ozo, took the glory in the Arena Games.

Biggie reminded the Housemates that last week's Challenge was a build-up to other challenges before he told them all the rules. 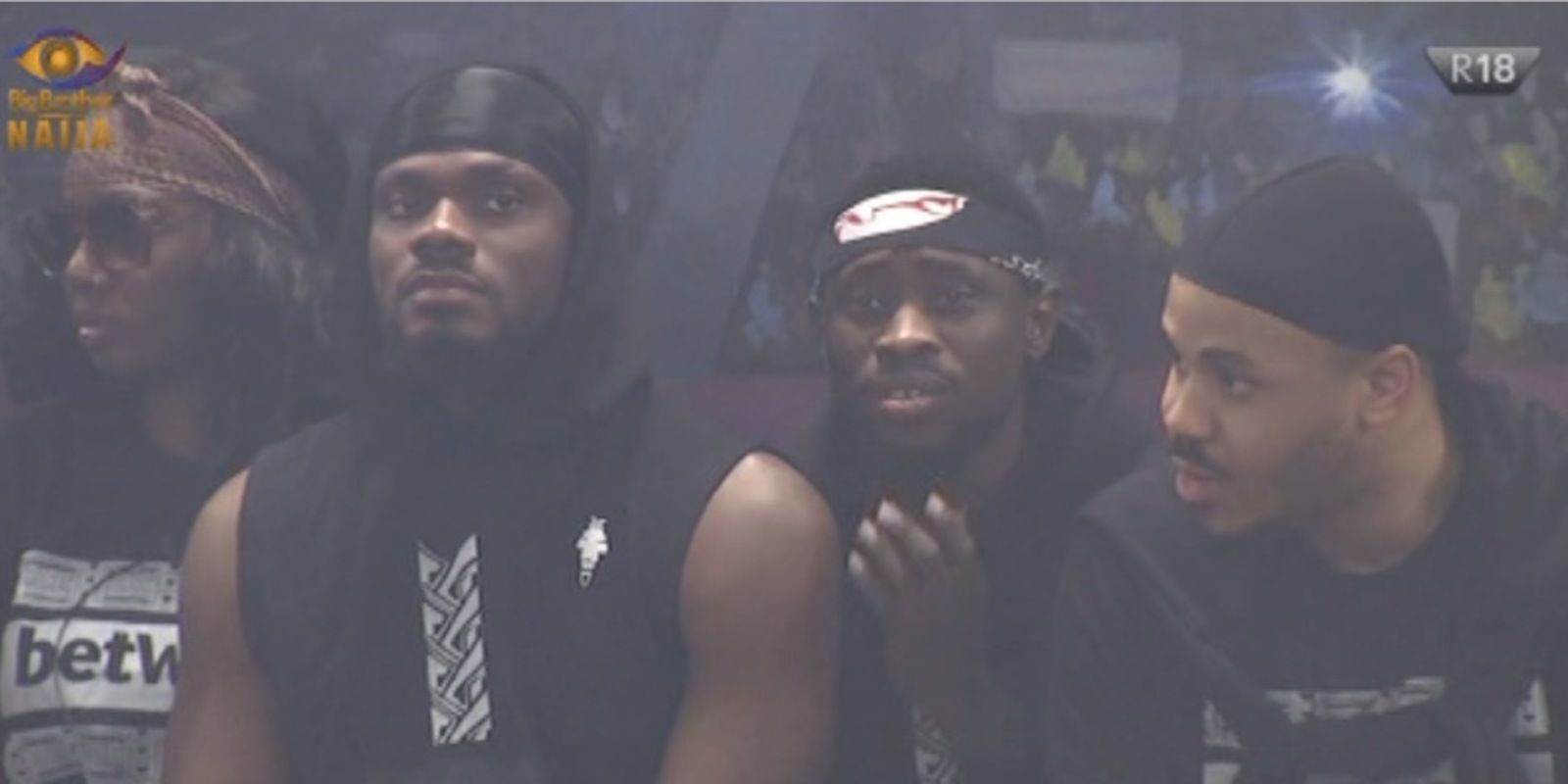 How did they do?

Most of the Housemates did really well in this Challenge, everyone definitely made it past the first obstacle. Here is a breakdown of your faves performance: 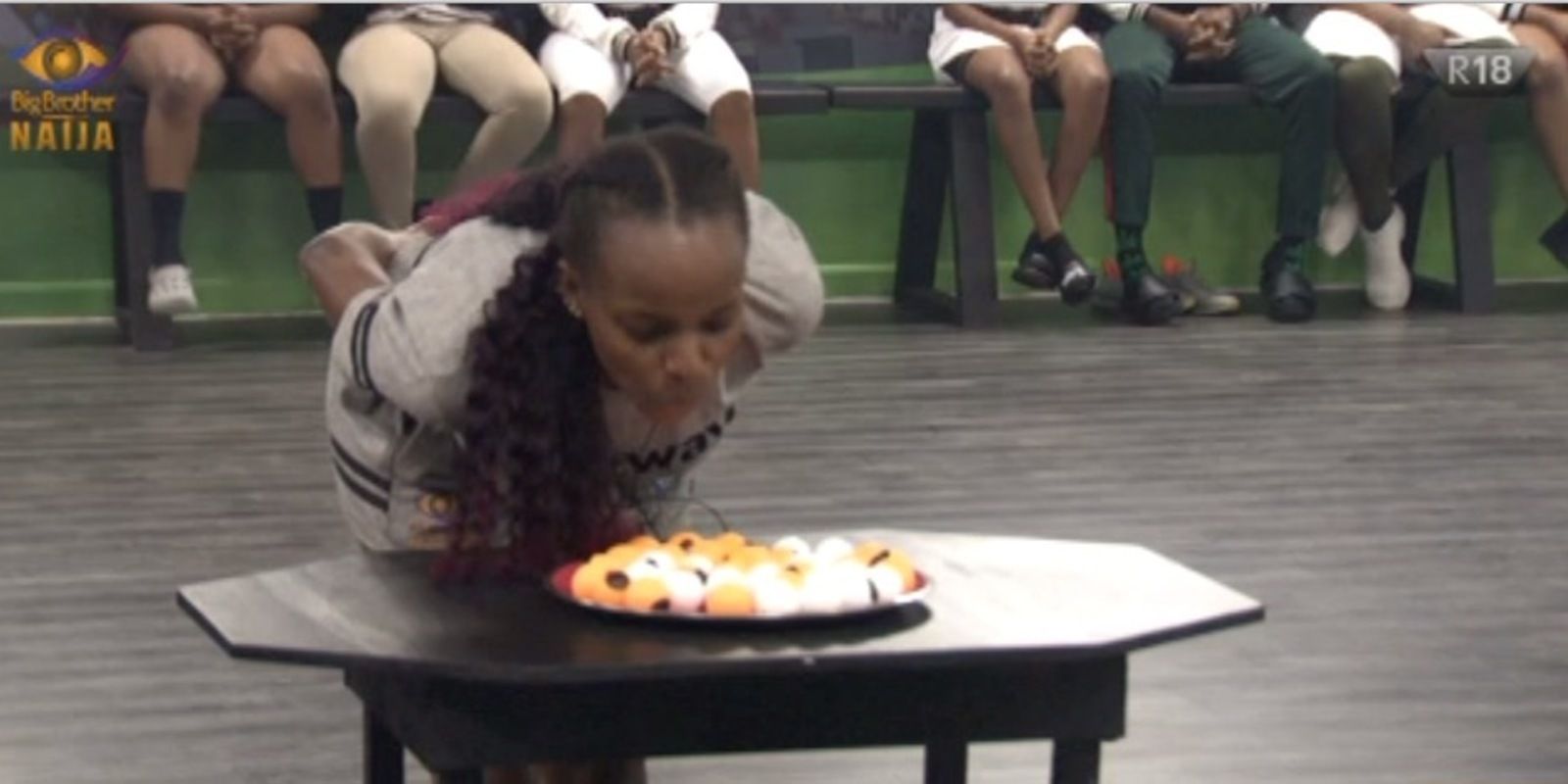 Running out of breath for the water tray

Wathoni breezed through the first obstacle only to get stuck at the second, not having the breath to blow the ball into the water tray, this was the end of her as the buzzer caught her still trying. 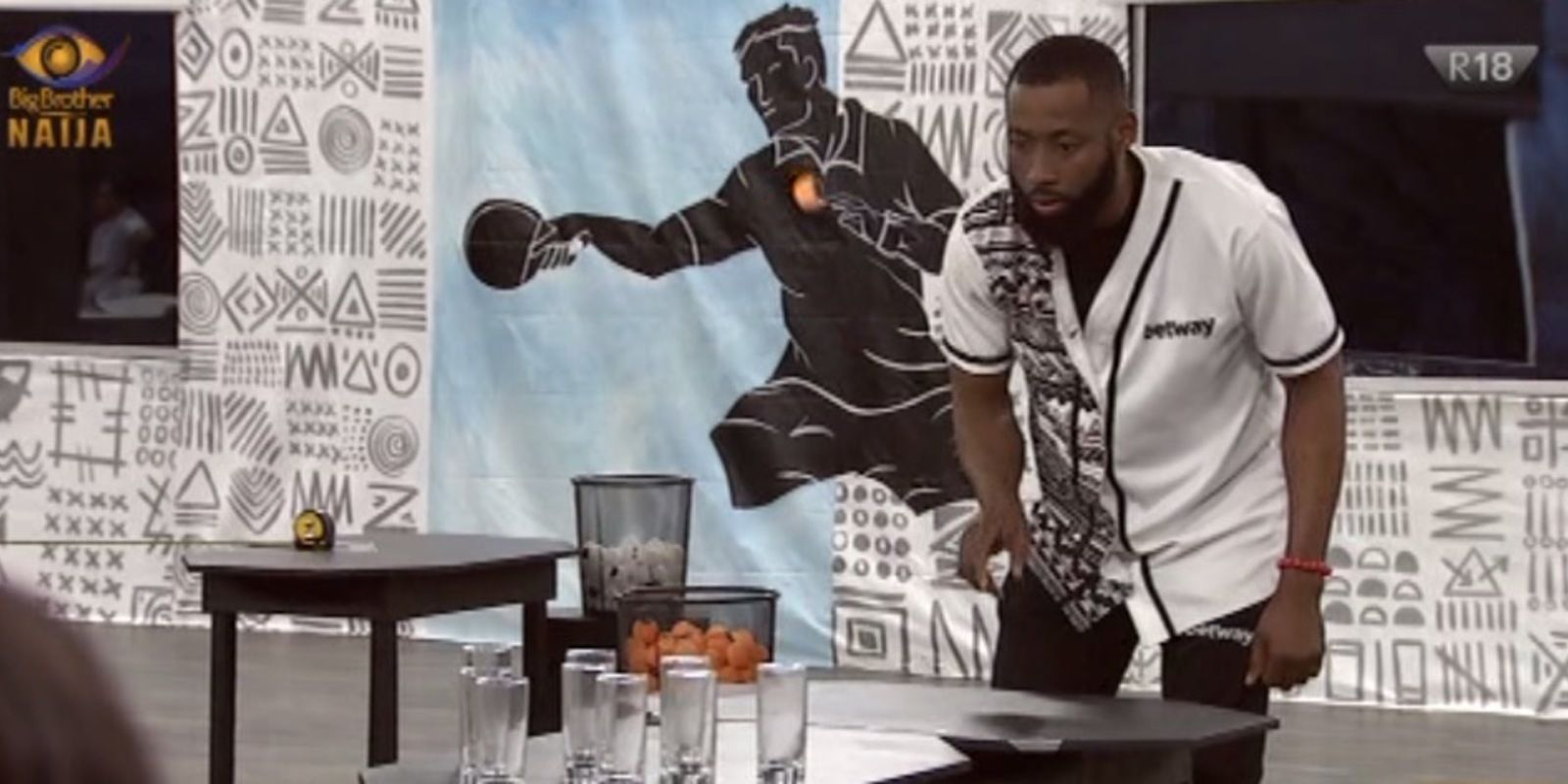 The third obstacle slowed everyone down

The third obstacle was a beer pong style challenge.

After a really great start, Kaisha seemed to be on the road to success before she got to the bouncing table, where she failed to bounce the ball into the shot glass. She was not the only one who suffered the same fate. Lucy was very nervous as she started the course, trying to get through the game as fast as possible. That third obstacle proved too difficult for her as she bounced the ball too hard every time. Tochi started off well, again getting stumped at the third obstacle where he tried over and over, but just could not make it. Trikytee and Prince also fell at the third obstacle which seemed to be very difficult for the housemates tonight.

Who made it to the end?

Laycon started and finished with just 12 seconds remaining on the clock, but did not make it through due to the fact that he did not use only his breath to get the balls into the water tray. His beard assisted him, and he did not put the balls back into the plate before he tried again.

Kiddwaya played a slow pace game, finding the very first obstacle challenging, but picking up pace for the second task as he blew the ball into the water dish in one breath. He completed his task before the buzzer rang, taking his seat with a quick fist pump of triumph. 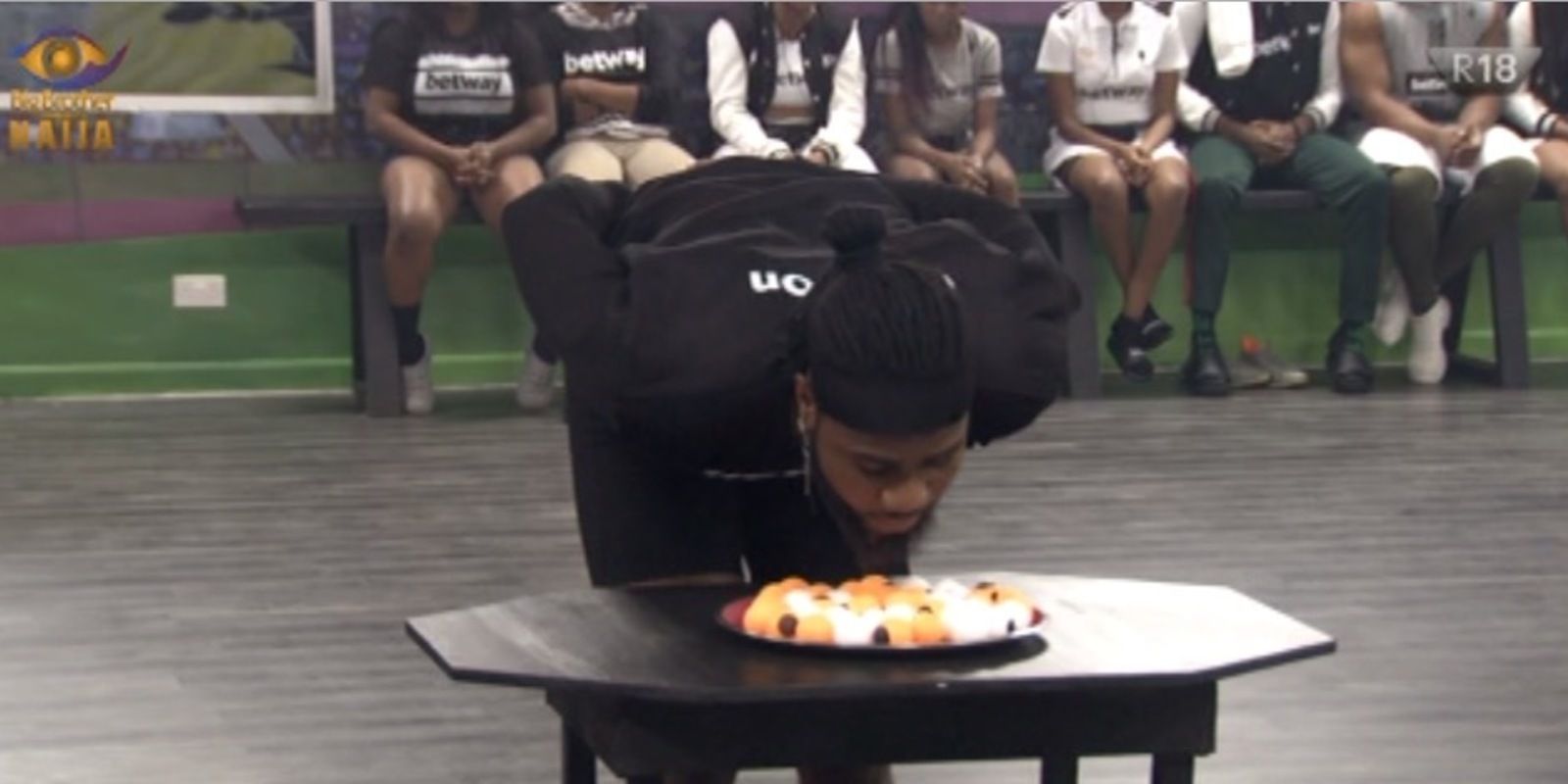 Last weeks Winner, Praise seemed to be going through his task with ease until the ball bouncing table which had already tripped up his fellow Housemates. After more than 10 attempts, he finally made it to move onto the fourth and final task to get his ball in the bowl just before the buzzer rang.

Eric managed to get through the whole obstacle course with a few tries on each one, making sure to get through the course before the buzzer rang. He struggles with the last obstacle mostly, eventually realizing that he had to bring hist ape measure down a little to get the ball in.

Neo got through the very first obstacle with ease, taking slightly longer at the second and playing a seemingly random game at the ball bouncing table. This bouncing ball table seems to have the Housemates completely confused. Neo proved to be the king of the fourth obstacle by getting the ball in on the very first shot!

Tolanibaj made it through the first and second obstacle just fine, but like her fellow Housemates before her, the ball bouncing table was a major challenge. After making it through though, she managed the last obstacle like an absolute pro, because not all obstacles are the same.

Vee started by yelling 'Well that's just great!' which probably helped her to get to the end of the course. She was obviously very proud of herself as when she finished she ended in the same manner, yelling 'I finished something!' Biggies Challenges have clearly been trying for the songbird. 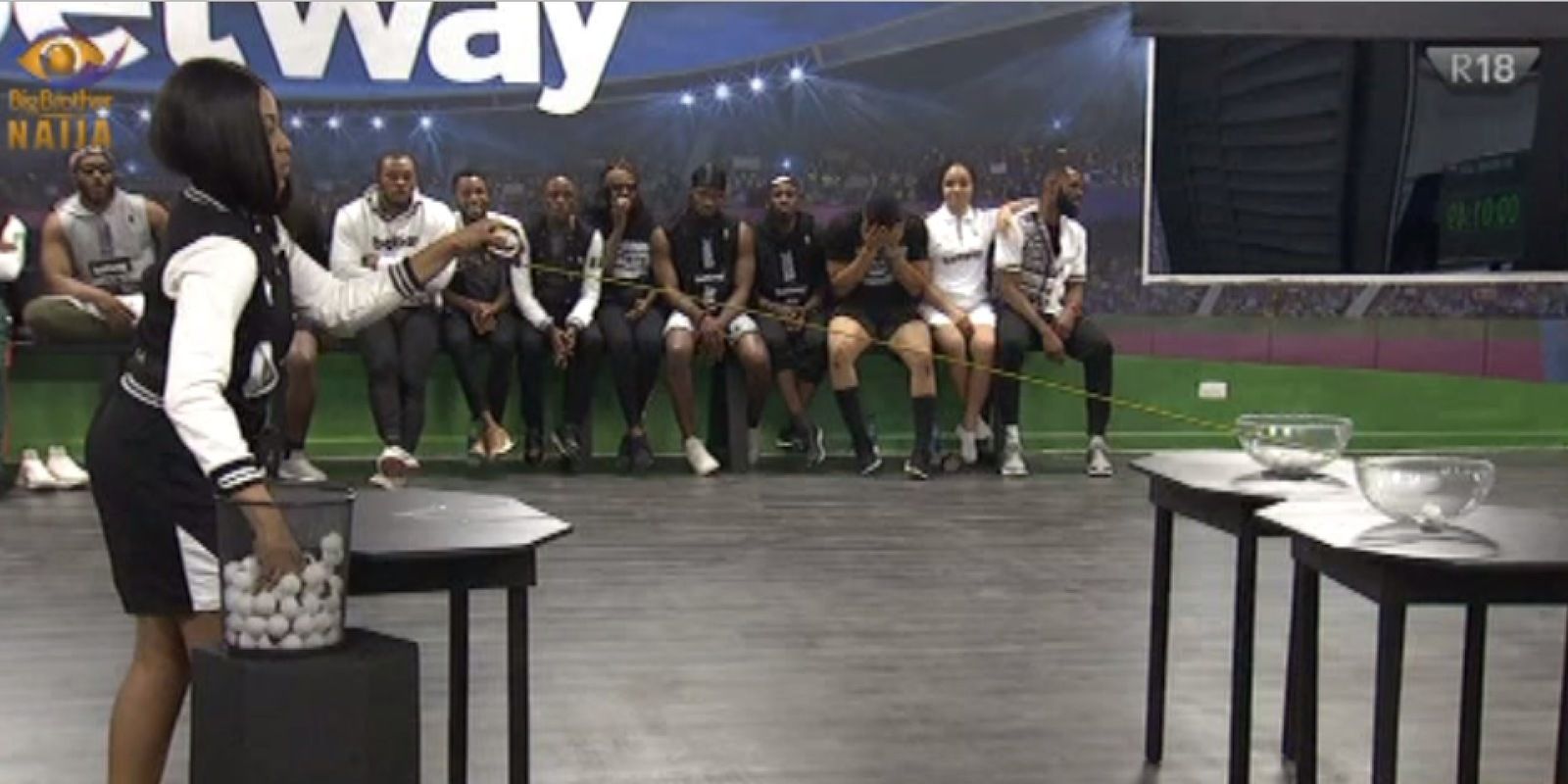 Dorathy had trouble from the first obstacle but made it through the second like a seasoned pro. She finished just in time after taking too long at the third obstacle course.

Nengi and Erica made it through the obstacles nervously, but eventually ending up victorious, like Vee finally, they get to say they made it through a Challenge. Brighto put most Housemates to shame, going through the course surely and finding himself at the end faster than most of those who finished.

Last but not least, Ozo showed skill and strategy in his execution, much like the way he has run the house so far. There is a lot to say about our Head of House this week, who will be pampered while he remains immune from being voted out, all during his birthday week. Epic.

Video
Day 21: Another day, another Challenge in the Level Up House – BBNaija
Once again, Housemates gathered in the Arena for a sponsor Challenge by Munch It Nigeria, and Housemates were tested in many aspects, including their knowledge of music, movies and creativity.
Video
Day 23: Eloswag wins the HoH Games– BBNaija
Level 1 Housemate Eloswag keeps the title in his House once more as he wins in assembling a jigsaw puzzle and counting sticks.
Video
Day 9: Timing and speed at the HoH Game – BBNaija
Housemates gathered in the Arena yet again to go head-to-head for the title of Head of House. As the incumbent HoH, Eloswag was not allowed to play, along with the new Housemates, Deji and Modella. As their first Game, Housemates had to set the watches provided to them to 4pm. The top three contenders were Dotun, Hermes and Cyph, but only one reigned supreme.
Video
Day 16: HoH remains on Level 1 as Adekunle wins– BBNaija
Level 1’s Adekunle squared off with Pharmsavi and Khalid for the HoH title in a challenge where they had to recreate a beaded necklace using a picture that Biggie gave them as a reference.