Loss has a way of taking a toll on the bravest of hearts. It slips in quietly and slowly overwhelms you. Majority of the Housemates experienced the pain of losing out on 1.5 million Naira and a 4-day all-expense paid VVIP trip to Dubai and it did take a toll on them. A couple were able to brush it off while some sulked.

Omashola and Seyi took turns consoling Thelma after getting disqualified from the Pepsi ‘Know Da Lyrics’ Challenge. Feeling down on her luck after dropping out in the second phase of the challenge, Thelma kept to herself sulking until the duo of Omashola and Seyi put in the extra effort to lift her mood. Omashola, who had also lost out, reminded her it was all for fun and nothing to be sad over. Resolved to make her feel better, he dragged her off her feet and urged her to go get the meal made by Mercy that all the Housemates kept raving about. 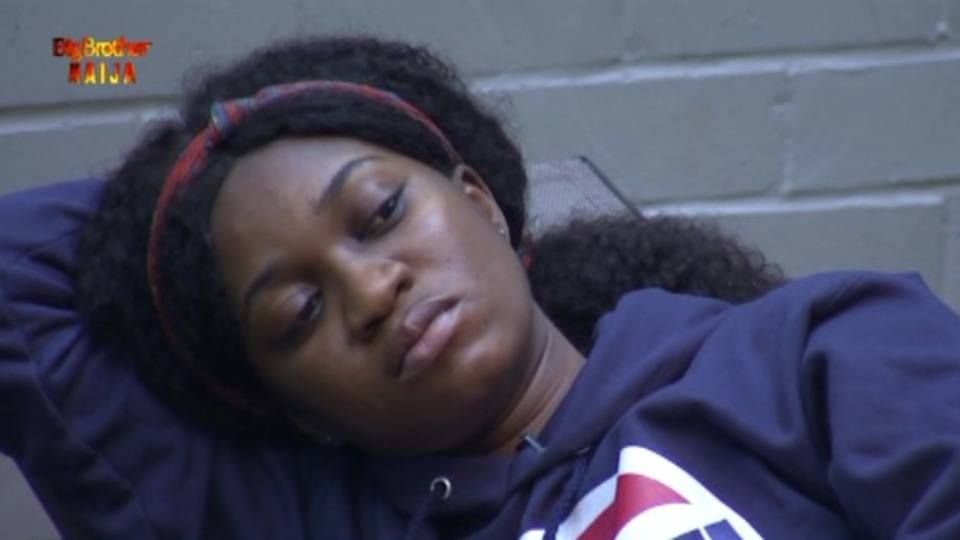 Frodd, Gedoni, Omashola and Thelma, obviously still hurt from losing out on the challenge hurdled in the garden as they tried to distract themselves from the fact that a choice prize just slipped out of their hands. Mercy was spotted not too far off wrapped in the arms of her man. She didn't win the prize, but at least, she has a man to take away the blues.

Jeff, Diane and Nelson needed all the consoling they could get especially after coming so close to the prize. The trio made it to the final round alongside Seyi, Jackye after an intense battle. The trio showed their lyrical prowess as they sang their way to the final spot only to lose out for not singing their lines correctly. Housemates gathered around them to cheer them up.

In the battle for 1.5 Million, a trip to and a 4-day all-expense paid VVIP trip to Dubai, there can only be one winner and Jackye was that winner. If there's a Housemate who needed consoling, it was Seyi. Losing out on HoH, getting Nominated for Eviction and finally losing to Jackye, it certainly hasn't been his week.

Watch the heartbreak as Jackye sings her way to Victory

Video
Day 70: Post breakfast vibes – BBNaija
After a sumptuous breakfast, the Pere, Cross and Liquorose break into a dance. Hard to tell if it's the meal or making it this far that has got them in an amazing mood.
News
Day 38: Housemates vibe to the reggae and the blues – BBNaija
A jam session we will not forget in a hurry happened in Biggie's House last night and it is giving some scared of eviction vibes.
News
Day 75: Post Wager Loss Banter
This is how the Pepper Dem Gang reacted to the Wager Task presentation.
News
Day 29: Post Eviction Sensations
Following the Eviction of Nelson and Thelma, the Pepper Dem gang were faced with different reactions in the House.