News
06 February 2017
Within minutes of being announced as the new head of house, Captain Efe was summoned into the Diary room by Biggie to receive the wager brief for the week
Subscribe to Watch

Within minutes of being announced as the new head of house, Captain Efe was summoned into the Diary room by Biggie to receive the Wager Brief for the week. Biggie told Captain Efe that he had sensed some tension in the house and that the earlier challenge was meant as an ice breaker, though he wasn’t convinced this objective was achieved.

Thus Biggie gave him the Task Brief with the theme of the week, BONDING! Captain Efe is to instruct the Housemates that they are to collectively come up with a name for the squad as all through the week, they will be faced with several challenges that will test their unity as a squad. They will also Wager a percentage of their weekly BB Naira allocations to the success of this Task. 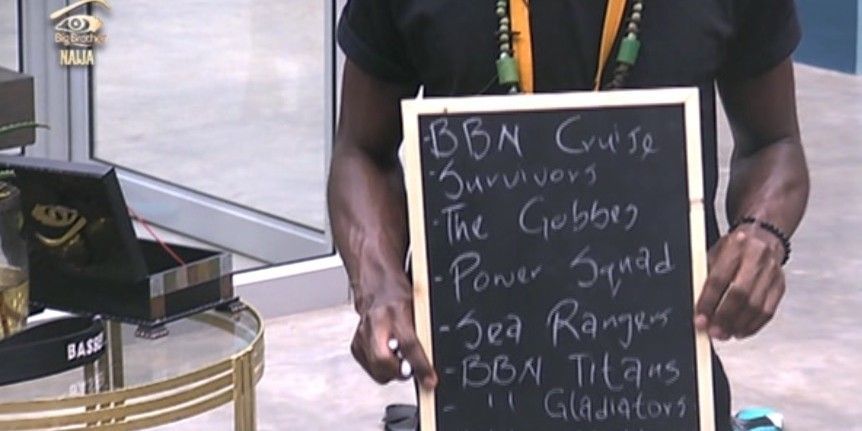 Big Brother also gave Captain Efe a secret Task: he is to motivate his squad and help keep their spirits high all the time, and his Task will only be completed by the end of the week at Presentation Time where he is expected to get clear compliments from at least five of his squad members. Only warning from Biggie; he is NOT allowed to specifically instruct the Housemates to pay him any compliments.

Video
A date and a naming ceremony – Tinsel
From a romantic date to the preparation for the baby naming ceremony, all seems rosy, but not between Shosanna and Shalewa.
Video
What does being a father mean? - AM Exclusive
Edward Pam Fom, Whochey Nnadi, Ibrahim Suleiman, Ayo Lijadu and Charles Ujomu share their favourite experiences as fathers and what these beautiful memories mean to them in celebration of Father's Day.
News
Day 50: Attitude determines the Wager
For the Lockdown Geng to win this week's Wager Task, they have to focus on their attitude.
News
Day 45: Feedback on the Wager preparations
The streets of twitter have a couple things to say about how the Housemates are preparing for their Wager.