News
14 July 2019
If you like someone, you talk to him or her right?
Get DStv PREMIUM

Well, we don't know what to say but Frodd and Esther had some Peppery revelations in the garden that resulted in tears and pitiful resolutions.

It was not the first time Frodd has beamed his love light on Esther. But it is definitely the first time that the love situation has been truly analyzed by both parties. Frodd started by telling Esther that he understands that she was not reciprocating his feelings but if she likes someone else, he can handle it and she should be free to like anybody else. He went on to confess that he has fallen for Esther so deeply. Are we the only ones hearing this or is someone going to get a mattress so we can quickly catch him as he falls?

Frodd the gentleman has spoken about the intentions in his heart and the lady had to give her response. Esther started softly by saying that she likes him and feel they have a rapport but she loves her space. OMG, this landing was not a smooth one for Frodd. What will he do? 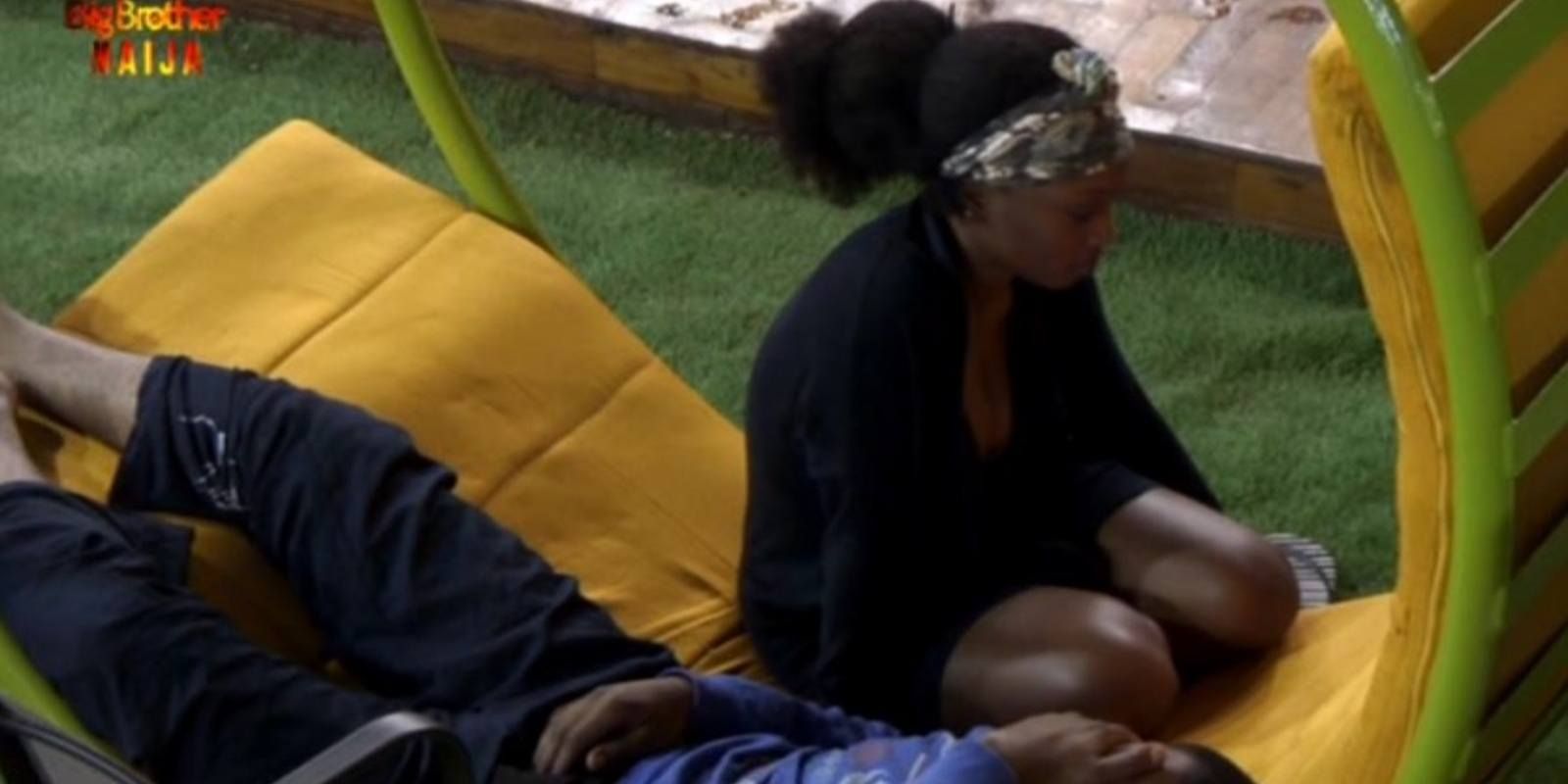 Esther bared her mind mentioning that if Frodd didn't come on strongly, who knows? they might have started something. Our Pepper Dem Housemate could not take like a man, so, Frodd wept. He was so teary-eyed that Esther asked if she should supply him with tissue paper. Oh, before we forget, he also thanked Esther for making him cry.

Cards have been placed on the table, separate images have been revealed. What's the next step for Frodd and Esther?

Video
Day 16: Eloswag and Chomzy have a heart to heart– BBNaija
Eloswag speaks with Chomzy about his affections for her but this did not lead anywhere as Chomzy raises his situationship with Phyna.
Video
Day 8: Doyin opens her heart to Allysyn – BBNaija
Doying gets emotional when telling Allysyn her aspirations for her future daughter. She recounts how she lost her dad and her struggles since then.
News
Ebuka shattered these tables sha! – BBNaija
Don’t be fooled by his pretty face; when the situation calls for it, Ebuka has no problem throwing more shade than an eclipse in the slickest ways possible.
Video
Spicy Nene: On Shattered Ships And Other Gist
From Seycha’s rift to Omashola’s Veto Power drama and Frodd’s Immunity bargain, Spicy Nene dished it all out like never before.