Igwe was called into the Diary Room to receive two instructions from Biggie. The first was for Efe to show the Housemates clues to help them in their search for the Green Advantage card which Biggie's Ninja hid yesterday in the Conspiracy Room. The first clue was a picture of the Big Brother logo and the second clue was "Do you know that colour printing actually started as far back as the 13th century?" which left everyone none the wiser, including a confused Igwe.

Then it was time to announce the latest Task, a parliamentary session this evening between the Haves and the Have Nots. Each team would have to prepare a short statement on why the Supreme Leader, Igwe should or should not remain in power. Biggie warned Efe that he hoped that he had not entirely abused his power and told him that he was also to prepare an argument on why he had been a good ruler.

Debie-Rise was not left out as she was instructed to lead the Have Nots and Biggie reminded her that her Task was to stage a coup détat against the rule of the Igwe. 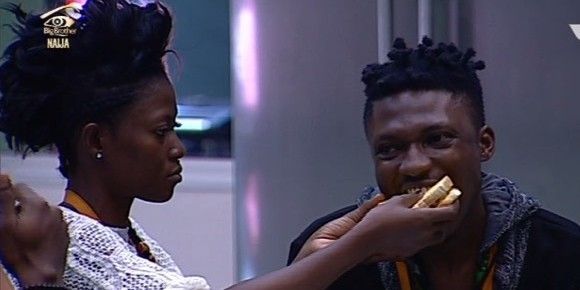 Biggie seemed to be enjoying this week of mischief and it certainly has had the Housemates on their toes, knowing full well that the game was now in full swing after last Sunday's Fake Evictions and this weeks Nominations.

News
Day 39: Strangers became friends – BBNaija
The gbas gbos took the sideline when the Head of House announced a Kindness Day.
News
Good day Mr Waziri, your wickedness! – Dilemma
Now we know that it’s the Waziri’s vs. everyone else
News
Day 38: Emotional concoction in the Diary Room – BBNaija
Their heads are in the game, but the emotional roller coaster continues.
News
Day 36: The Nominated Housemates' Diary Session – BBNaija
Hours before the Live Eviction Show, the at-risk Housemates spoke to Big Brother for what would be – for some of them – the last time.