News
23 January 2017
It hasn't taken long for tensions to flare up in the house.
Subscribe to Watch

As day one progressed, tensions seemed to mount in the House with more than one Housemate using their Diary Room sessions to admit to Biggie who was annoying them. Bisola and Miyonse had had a minor spat over food. Uriel even went so far as to say that she didn't trust anyone in the House. CoCoIce admitted that the fake accents in the House were driving her nuts, especially singling out Bisola. With TBoss admitting that she didn't really get on with Bally and she also felt that she was wary of Gifty.

Biggie loves his mind games and today was no different as he threw the cat amongst the pigeons in the Diary Room sessions, setting certain Housemates some sneaky secret Tasks. Firstly Marvis failed in her secret Task and she was soundly admonished by Biggie. The secret Task was passed on by Biggie to a visibly nervous Uriel. Bally and Miyonse were also given secret Tasks to convince Uriel either to do her Task or not to do her Task. Gifty was also given the Task of reporting any alliances between Housemates to Biggie.

With the theme of the week being "Proudly Naija" ThinTallTony used his choreography skills to get the Housemates blood pumping out in th egarden as they worked late into the night on their dance moves.  "One, two, three, five, six, seven" ThinTallTony choreographed some moves for the Housemates towards their Proudly Naija Task which eased some of the tension mounting in the House. 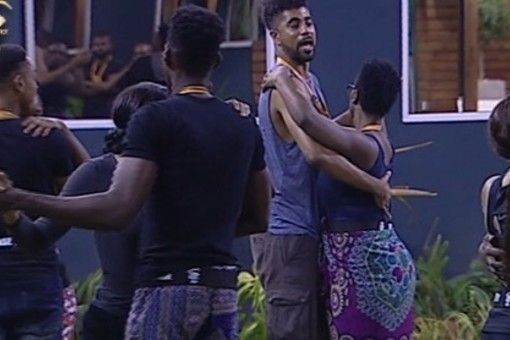 After the had finished working up a sweat they relaxed around the jacuzzi with Soma, fresh from his dip in the jacuzzi cozying up to Gifty with her purched on his lap. Efe and Marvis also seemed to enjoy each other's company, sitting very close to gether. The conversation flowed as the visibly tired Housemates finally eased out of the day's tensions. 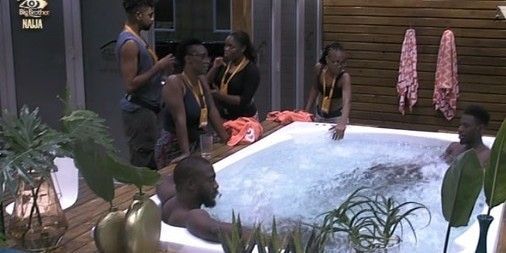 Video
Eight events for 8th Edition – AMVCA 8
The Eight Edition of the Africa Magic Viewers’ Choice is going big with an eight-day plan lineup. Starting on 7 May 2022, the AMVCAs will host an Opening Night Gala, Runway Show, Young Filmmakers’ Day, Content Market Workshop, digital Content Creators’ Brunch, A Celebration of Africa’s Diversity; followed by the Nominees Gala, and lastly the BIG DAY, Awards Night on 14 May. The Eighth Edition of the AMVCAs is brought to you by Africa Magic in association with Multichoice and proudly sponsored by Amstel Malta.
Video
Day 4: As time ticks away, tensions increase – BBNaija
Offended by her treatment at the hands of her fellow Housemates, Beatrice storms out of the planning session for this week's Abeg Task, sparking concern from Pere that it might lead to punishment being doled out by Big Brother. Peace, as Head of House, seems confident that Biggie will take into account the fact that she acted alone and not punish the entire House.
Video
Day 15: Dousing the tension
Neo continues his mediator role as he tries to ease the tension between Wathoni and Dorathy. Time will tell if he is doing a good job.
Video
Day 6: Drama, tension and more drama!
It’s safe to say that the Lockdown House has been a drama-filled one… and it’s only the first week! Between the tension that occupied the Leric ship and the fight between Lucy and Kaisha, it’s hard to tell which drama was the messiest last night.