News
23 January 2017
With Marvis failing in her secret Task, Biggie passes on the torch to Uriel by giving her a difficult decision. He also gives Gifty, Miyonse and Bally secret tasks.
Subscribe to Watch

Where Marvis failed, would Uriel succeed? Biggie transferred the burden of the secret Task from Marvis to Uriel as Marvis did not follow Biggie's instructions.

It took a while for Uriel to understand the instructions as she said "I am dyslexic" and that she had difficulty in understanding trhe instruction. She was visibly shaken as she felt that Biggie was cross with her. She was not the only one, however that was given secret instructions by Biggie. During the Diary Sessions of Miyonse and Bally, Biggie told them both that Uriel had been given a secret Task and one had to convince her to do the Task and the other to tell her not to do the Task.Bally was told to do everything in his power to get her to do what Biggie had instructed her to do and Miyonse was told to get her not to do the Task.

Neither of them were told what Uriel's Task was but that should either of them succeed in convincing Uriel to do or not to do the secret task, they would get a reward.

Not finished with the subterfuge, Biggie also gave Gifty a secret Task to report back to Biggie on any Housemates who were making alliances. He said that he wanted to know what they were talking about if more than two of them were sitting together and talking. His parting words to her were änd remember, Gifty, failure is not an option." This brought Gifty to tears as she took her time in the garden to compose herself, muttering to herself "I can do this."

It's was only the first day in the House and already Biggie had been sowing the seeds of mistrust in the House by potentially pitting each Housemate against the other. 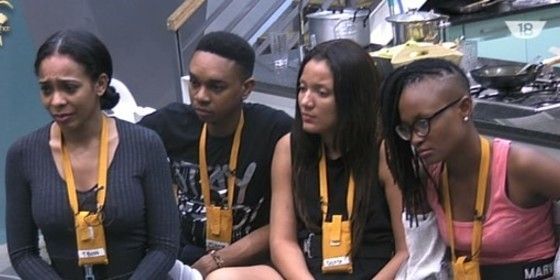 Video
Eight events for 8th Edition – AMVCA 8
The Eight Edition of the Africa Magic Viewers’ Choice is going big with an eight-day plan lineup. Starting on 7 May 2022, the AMVCAs will host an Opening Night Gala, Runway Show, Young Filmmakers’ Day, Content Market Workshop, digital Content Creators’ Brunch, A Celebration of Africa’s Diversity; followed by the Nominees Gala, and lastly the BIG DAY, Awards Night on 14 May. The Eighth Edition of the AMVCAs is brought to you by Africa Magic in association with Multichoice and proudly sponsored by Amstel Malta.
Video
Day 2: First Diary Session – BBNaija
It's the second day in Biggie's House and the housemates took to the Diary Room for a one-on-one with Biggie to talk about their excitement, crushes and more. This Diary Room heard it all from vibes to possible wild cards.
Video
Day 66: The Diary Room predictions – BBNaija
In their latest DIary Session, Biggie asks the six finalists to predict who will take which spot in the top six positions.
Video
Day 64: Angel the time whisperer – BBNaija
Angel tries to convince Housemates that they have 15 minutes left before the Live Eviction Show but Biggie comes to the rescue with more time for them to get ready.