After an intense Marble Game Challenge on the Live Eviction Show, Avala and Isilomo have both been Evicted from the Big Brother Pepper Dem House. This Eviction makes them the first two Housemates to leave the House after the first week. The Challenge which was announced by Ebuka during the Show was to determine the two Housemates that will get to make their way back into the House and the ones that would end up leaving. 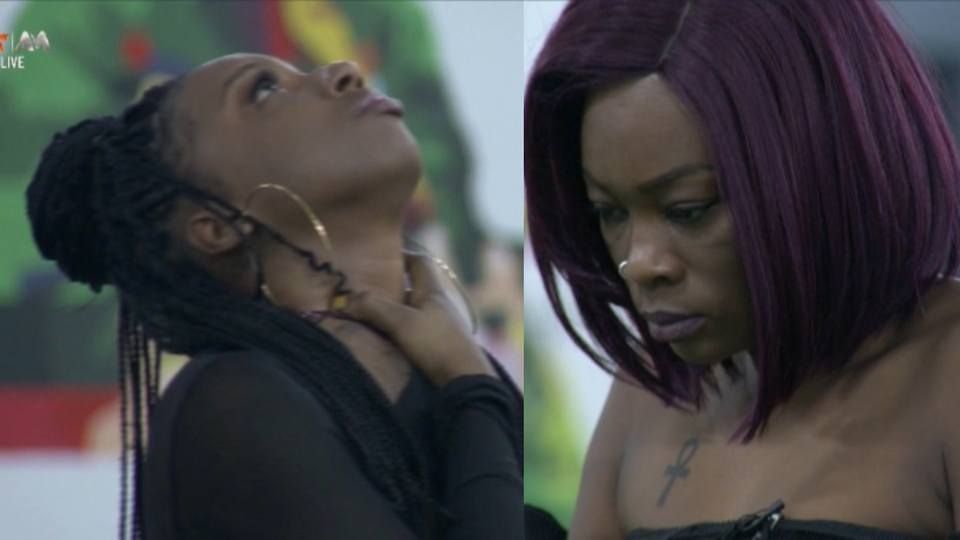 The Game
As the show progressed, Avala, Khafi, Isilomo and Gedoni were summoned by Biggie to the Arena Area. The nervous looks on their faces were enough to tell us what was going on in their hearts. To survive the Eviction, Biggie gave them the Challenge of rolling marbles into a cup. We could see how tense they were as the buzzer went off and the Game began. Gedoni was in the lead as he was able to roll five marbles successfully into the cup.

All Down to the Marbles in the Cup
The game was soon over and the marbles rolled in the cup counted. Isilomo had two marbles in her cup, Khafi had four, Avala three and Gedoni five.

End of the Road

This meant the end of the road for Avala and Isilomo as they were Evicted for getting the lowest amount of marbles in the game. For Gedoni and Khafi, it was a second chance to get their head in the game and the looks on their faces showed that they were grateful for the Eviction cup that just passed over them this time.

Final Words
Teary Avala told us she was scared going out there, but she is definitely going to make her people proud. On her plans for the future, Avala reiterated her commitment to helping battered women. Isilomo felt she shouldn’t have left the House. She also told us she is happy with every decision she made in the House. For her, it was emotionally draining being in the House. She mentioned that Jeff was fake and she wasn’t buying what he was selling. Kimoprah was fake and she hopes Omashola wins or Tacha.

Earlier on, Omashola and Ike survived Eviction for their violent outburst when they were both issued a Strike each instead. Should they get two more Strikes, they will be disqualified from the Show