A Week of Wahala in Biggie's House!

News
19 February 2018
Sunday's show was a thrilling mix of Evictions and shock Disqualifications!
Subscribe to Watch
Get DStv PREMIUMGet shows first on ShowmaxLive it. Love it.

It was a mixed bag of relief, disappointment and sadness as the first round of Evictions from the Big Brother Naija House took place. Setting the tone for what was already a tense situation was the shock disqualification of Khloe and K.Brule, dubbed K_Square, who were told to leave the House following additional Strikes to their list of transgressions. The disqualification of the duo, hitherto immune from Nomination and Eviction by virtue of Khloe's position as Head of House, left the other Housemates visibly stunned.

Sunday's show took off with performances by popular Nigerian singer Mr. 2kay and Afro-Pop crooner, Oritse Femi, who performed the Big Brother Naija theme song aptly dubbed 'Double Wahala', a remix of his own song and a modern take on the classic Fela Anikulapo-Kuti classic. The show's host, Ebuka Obi-Uchendu, then proceeded to announce the first pair of Housemates to leave the show. With 3.05% of the votes, Princess and Bitto, otherwise known as Prito, were Evicted from the House.

Next to leave the House were the duo Vandora and the comedian Dee One, better known as Van-Dee, with a vote tally of 2.98%.

Whilst the massive departures have undoubtedly left the remaining Housemates shaken, they are left with little time to grieve as Nominations for the next round of Evictions resume on Monday, the 18th of February. 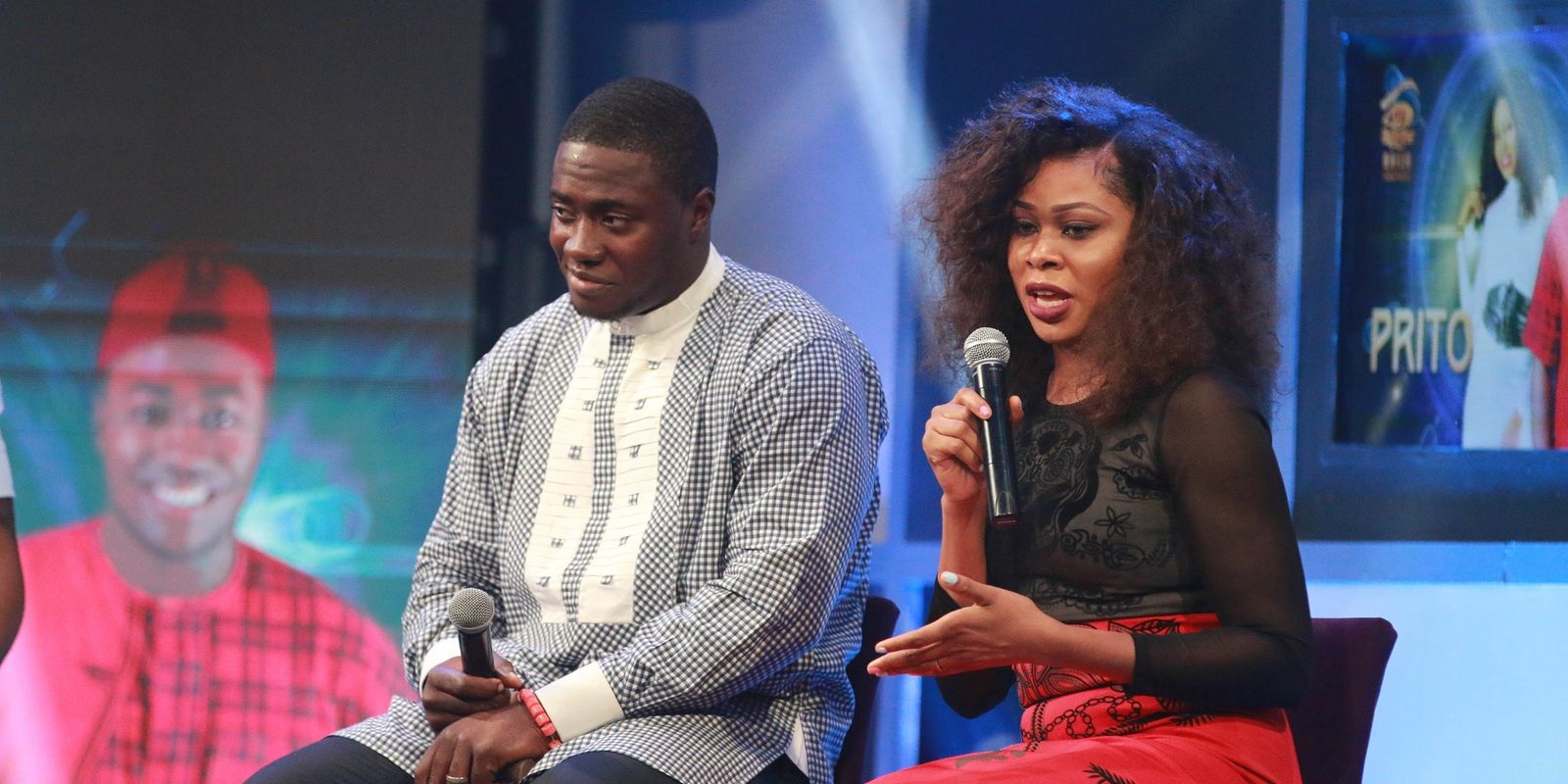 Voting for Nominated Housemates begins at 6.30 pm Nigerian time and viewers can vote via SMS, mobile and website. To vote via SMS, simply text the word "vote" followed by the team name to 32052. Voting costs N30 per SMS. To vote via mobile site and website, simply register on africamagic.tv/bbvote with your mobile number and password, then enter the OTP number and vote for FREE. Voting closes at 9.30pm Nigerian time on Thursday.

Make sure you tune into DStv Channel 198 and GOtv Channel 29 to catch all the excitement, drama and suspense on Big Brother Naija, proudly sponsored by PayPorte, your preferred online store.